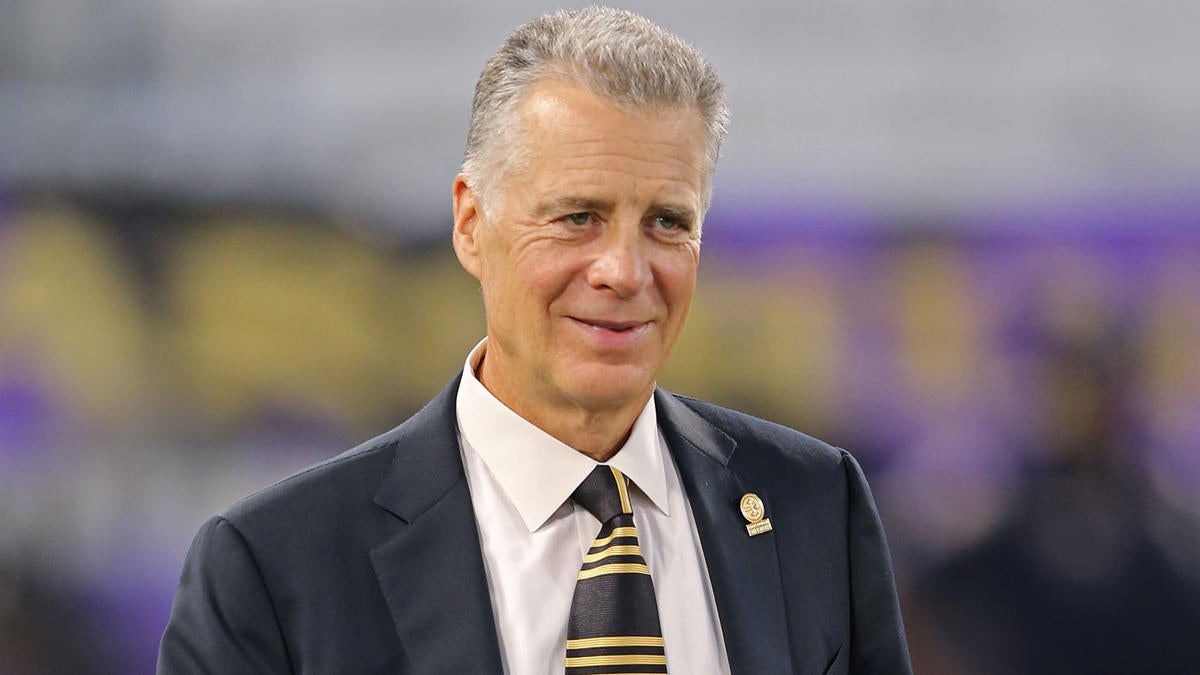 Another offseason, another list of topics for Art Rooney II to tackle.

A year ago, Rooney, the Steelers‘ president since 2003, was busy discussing the beginning of the end for Antonio Brown in Pittsburgh, Le’Veon Bell’s expected departure via free agency, Ben Roethlisberger’s future and the team’s disappointing 2018 season. This winter, Rooney, following the team’s surprising 8-8 campaign that saw his team remain competitive despite the losses of Brown and Bell and the injuries to Big Ben, JuJu Smith-Schuster and James Conner, has a new array of topics to tackle as the Steelers make their initial offseason moves.

Rooney, during a recent interview with Stan Savran on Steelers Nation Radio, discussed the following topics that include his thoughts on this year’s Hall of Fame class (as it pertains to the Steelers) and the possibility of his team being featured on “Hard Knocks” for the first time.

On the Steelers’ 2020 Hall of Fame chances

While it has already been announced that former Steelers coach Bill Cowher is one of two head coaches that will be part of this year’s 20-member induction class (the other coach is former Cowboys/Dolphins coach Jimmy Johnson), two modern-era players — safety Troy Polamalu and lineman Alan Faneca — and one senior player — former safety Donnie Shell — are also candidates to represent the Black and Gold in Canton this summer.

While he is not very confident in Faneca’s odds at making it this year, he is feeling good about Polmamalu and Shell’s chances of having their careers immortalized later this year.

“You hear things that sound positive,” Rooney said with regard to Polamalu’s chances, via Teresa Varley of the team’s official website. “We have been hearing mostly positive things. I would like to think if Ed Reed got in on his first year of eligibility, Troy would follow suit. A lot of people are saying that. You never know. We are keeping our fingers crossed for Troy and Alan. I think Troy is a first ballot Hall of Famer, so we are praying and keeping our fingers and toes crossed here.”

Shell, who served as Tony Dungy’s Hall of Fame presenter in 2016, will become the tenth player from Pittsburgh’s 1970s dynasty — and the fifth member of the Steelers’ legendary Steel Curtain defense — to enter the Halls of Canton. An undrafted rookie in 1974, Shell’s 51 career interceptions are second to only Mel Blount in franchise history.

“We are keeping our fingers crossed that Donnie is going to get in there,” Rooney said. “I talked to Coach (Dick) LeBeau (a former Steelers’ coach and member of the Blue Ribbon Panel that voted on the senior nominees) last week and he was in the room and he felt like the discussion for Donnie and Bill Cowher went well and he felt like good about it. Hopefully we will get good news here again on Wednesday with Donnie going in.”

Based on Rooney’s comments above, it seems that the Steelers will at least have two — and possibly three — of the 20 former coaches, players and contributors that will make up this year’s Hall of Fame class. With so many representatives, and with a large portion of the crowd this summer in Canton expected to be Steelers’ fans, Rooney said that he is preparing as if the Steelers will be selected to play in the annual Hall of Fame game.

“I think there is a pretty good chance we will be playing in the Hall of Fame game this year,” said Rooney, whose team last played in the Hall of Fame game back in 2015. “It’s not something the coaches and players love to see having an extra preseason game. I think it will be a fun weekend in Canton if things go the way we hope they go the next few days and weeks.

“(There’s) nothing firm yet, (but) we have been given indications that we should be probably planning on it. It’s not official yet, but I think it’s more than likely.”

On the possibility of appearing on “Hard Knocks”

The Steelers are one of several eligible teams to be featured this year on “Hard Knocks”, the hit HBO television series that is granted in-depth access to an NFL team for several weeks during training camp (check out this story by CBS Sports’ John Breech if you want to see what makes an NFL team eligible to appear on the show). While they certainly aren’t thrilled about the possibility, Rooney said the Steelers will comply and appear on the show.

“No word on (appearing on ‘Hard Knocks’) yet,” Rooney said with a chuckle. “Seems like it’s getting a lot of attention here. It’s one of those things that, if we have to do it, we’ll grin and bear it. I think if they ask us, ‘Are you volunteering for this?’, we’ll say no. It’s not necessarily a volunteer kind of situation anymore, as you know.”

Having fewer distractions is surely a reason why Rooney is reluctant to see his team appear on “Hard Knocks”. After a season removed from most of the outside noise that hovered over his team for several years, Rooney and the Steelers enjoyed a much quieter 2019 season. But in the event his team is chosen to appear on “Hard Knocks”, it would provide viewers an opportunity to see why the Steelers have been one of the NFL‘s most consistent franchises over the past half-century, something that could provide a positive light on the organization.