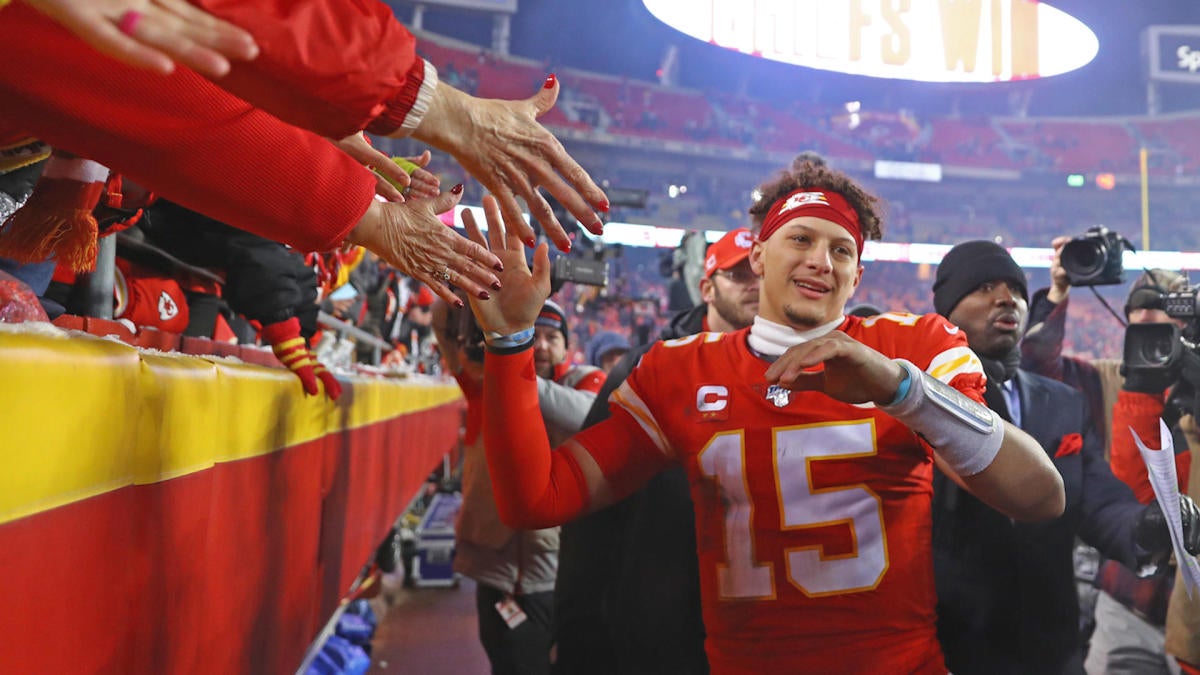 In case there was a need for further proof that absolutely no one saw the Chiefs‘ 51-point onslaught against the Texans coming, the pyrotechnics crew at Arrowhead Stadium on Sunday had that covered. Late in the fourth quarter, images of the scoreboard began circulating online of an apology to fans attending the game that the traditional post-touchdown fireworks would have to stop because, well, there were none left.

That sign was probably one of the only things that could have shocked the Kansas City-faithful at that point in their team’s matchup. Prior to that, they had witnessed the Chiefs go down 24-0 in what should have been a dark omen for another Divisional Round upset and an all AFC South matchup in the conference championship game.

But Patrick Mahomes wouldn’t have it. Last season’s MVP led his offense to a nearly unconscionable 51-7 run, which included seven straight drives that ended with a touchdown, to ensure a comeback victory. In doing so, the Chiefs became the first team in NFL postseason history to win a game by 20 points after coming back from a 20-point deficit. Kansas City also became the first team in postseason history to score over 50 points after putting up a goose egg in the first quarter.

What’s great about this funny situation is how it can be a positive for both sides. On the one hand, it’s a reminder of just how thoroughly dominant the Chiefs were after an abysmal first 15 minutes of play. On the other, the Texans can hang their hats on this as proof that they were able to stop something in the second half.