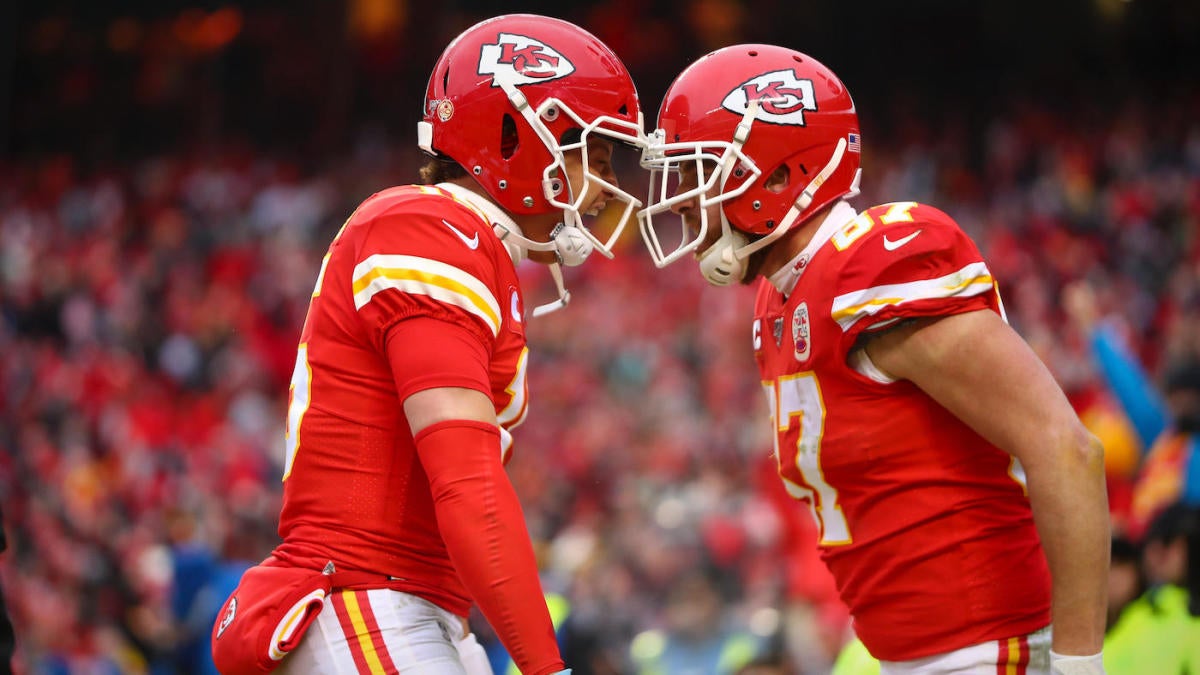 Just when you think you’ve seen it all in the NFL, the Kansas City Chiefs prove you wrong. The brilliance of reigning league MVP Patrick Mahomes achieves that goal on a regular basis, yes, but it’s what he was able to do against the visiting Houston Texans in this year’s NFC divisional round that takes the whole cake and every lick of the icing.

Things looked bleak early on, to say the least, but Andy Reid’s troops never once believed they were out of it. As a matter of fact, left guard Stefan Wisniewski offered a bold prediction even as his team tried to escape football’s version of the intensive care unit.

First, let’s set the stage for just how improbable his prediction was before we reveal it (you peeked at the headline, didn’t you?).

The Texans shocked the globe when they jumped all over the Chiefs at Arrowhead Stadium from the outset, masterfully executing on offense and special teams to take a 21-0 lead at the end of the first quarter they then stretched to 24-0 at the beginning of the second. Surely, the game was over. Surely, even the high-powered Chiefs couldn’t climb back from such a steep deficit, and after so many early blunders — from gut-wrenching dropped passes, to a blocked punt against Dustin Colquitt turned touchdown, to a muffed punt by All-Pro wide receiver Tyreek Hill that led to yet another.

They can. They did. And don’t call me Shirley.

Once the Texans made the mistake of taking their foot off of the accelerator, i.e., opting to kick a field goal on fourth-and-1 from the Chiefs 13-yard line with 10:58 remaining in the second quarter, Wisniewski turned to his fellow offensive linemen and told them they’d not only come back and win — they’d hang 50 points on the Texans. Most would see it as a motivational tactic, and while it was, it was also deathly accurate, because the Chiefs went on to land an eye-popping 51-31 blowout victory.

“We’re going to score 50 tonight,” he said after the aforementioned field goal, confessing to The Athletic after the game. “Yeah, I said it. I just knew what we were capable of and that we had a lot of time left. I think instead of getting down, we got fired up. Honestly, it was like they hit a hornets’ nest, and the hornets got going, and sting, sting, sting, sting, sting, seven touchdowns later, here we are.”

Yes, seven consecutive turned to seven consecutive touchdowns — fueled by the dominance of Mahomes and Travis Kelce — pushing Deshaun Watson and the Houston offense into a corner and relentlessly avenging the first-quarter onslaught.

“This offense, we scored 51 points in three quarters, right? It was ridiculous,” Wisniewski said. “So much talent, great coaching. We were firing on all cylinders, and we didn’t even have to fire for all four quarters.”

The fans at Arrowhead Stadium were ablaze as their team climbed back to score 28 points in rapid succession to take a 28-24 lead at the half.

So when Mahomes blew the top off of the game with an early fourth-quarter touchdown toss to tight end Blake Bell — his first of the season — to make it a 48-31 contest following a successful PAT, Wisniewski’s offensive line compatriot Eric Fisher couldn’t resist joining in the fan’s elation. He grabbed two cans of beer from the crowd, smashed them together like WWE Hall of Famer Stone Cold Steve Austin and poured it on himself.

“You never can put a nice cold, refreshing, smooth Bud Light in front of an offensive lineman and not expect him to enjoy it, you know?” Fisher said. “I’ve got to find those guys. I owe them a couple beers.”

Considering just how hot the Chiefs were at the point in the game, nobody can blame Fisher for needing a cold beverage en route to helping his team rubber stamp their appearance in the AFC Championship Game for the second year in a row.

Mahomes ended the game with 321 yards passing with five passing touchdowns and led the team with 53 yards rushing, while Kelce hauled in 134 yards receiving on 10 catches with three receiving touchdowns, putting the early first quarter drop behind him in a big way. It was all Texans early, but even a 24-point lead couldn’t keep the Chiefs from flipping the switch to prove Wisniewski correct in only three quarters.

As they ready to host the scrappy Tennessee Titans with a chance to advance to the Super Bowl, and one year after falling short against the New England Patriots, Mahomes and Co. know they can’t allow themselves to fall into a big hole early on Sunday. But, if they do, they also know they can climb out of it, and enjoy a beer or two in the process.