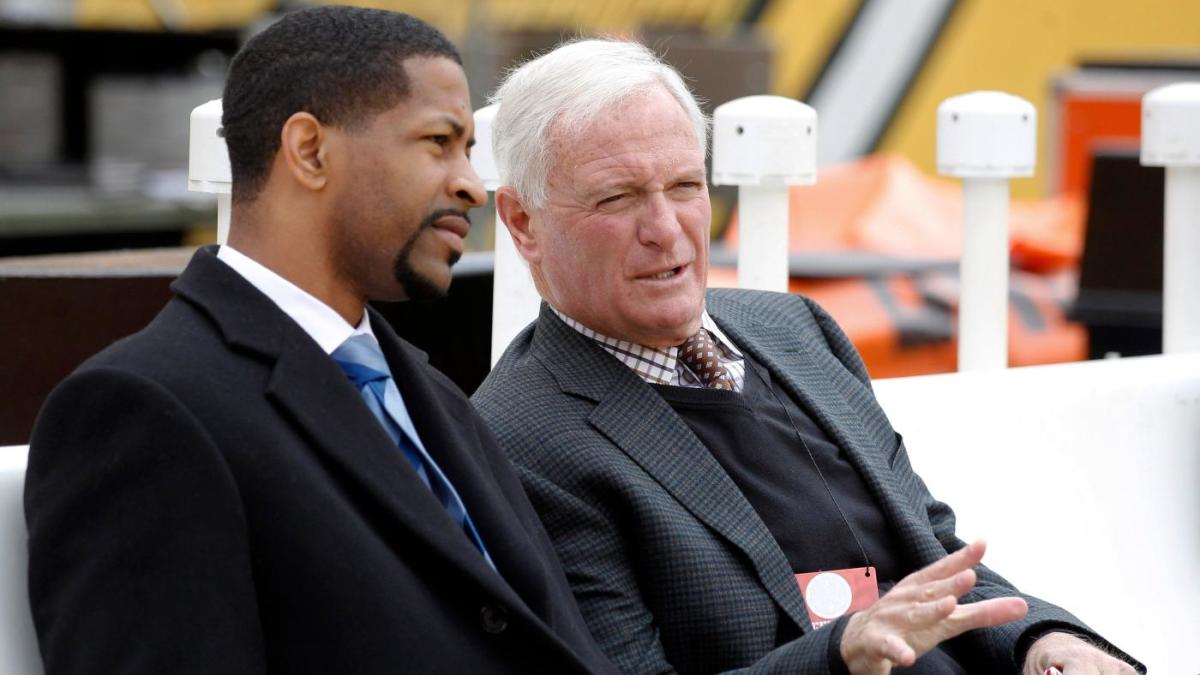 The Cleveland Browns are acting fast in rebuilding their front office and they have asked the Philadelphia Eagles permission to interview Andrew Berry for their vacant general manager position. Berry spent three seasons (2016 to 2018) as the Vice President of Player Personnel for the Browns before leaving to become the Vice President of Football Operations for the Eagles in 2019. The Browns have also requested to interview Minnesota Vikings assistant general manager George Paton for the job (per ESPN’s Adam Schefter). Paton worked with Stefanski in Minnesota, explaining the willingness to interview him for the vacancy.

Berry has been linked to a reunion with the Browns after the team hired former Minnesota Vikings offensive coordinator Kevin Stefanski as its head coach over the weekend. Berry preferred Stefanski as the Browns head coach in their search last offseason.

Berry left for Philadelphia last February following the Browns’ hire of Freddie Kitchens as head coach a month prior. CBS Sports NFL Insider Jason La Canfora reported how the Browns hire of Kitchens was finalized, with Berry being one of the two votes against Kitchens.

“There were six people most directly involved with the hiring process a year ago, with the Browns myriad coaching searches often playing out in different shapes, but always with owners Dee and Jimmy Haslam choosing the candidate they felt most strongly about.

“Last year that couple, and their son-in-law, JW Johnson, led the search along with Dorsey, chief strategy officer Paul DePodesta – a mainstay in the coaching searches – and then-executive Andrew Berry.

“That six-person party was involved in all of the interviews and when the interviews were complete, each had a voice in “voting” essentially for the candidate of their choosing, sources said. In the end, only DePodesta and Berry tallied a dissenting vote when it came down to the finalists, with Kitchens prevailing by a 4-2 margin.”

Prior to his time with the Browns, Berry worked for the Indianapolis Colts for seven years (2009 to 2015). He was originally hired by Indianapolis as a scouting assistant and was promoted to pro scout in 2011. One year later, he was elevated to pro scouting coordinator and served in that role for his final four seasons with the club. During Berry’s tenure in Indianapolis, the Colts won four AFC South titles, made five postseason appearances and advanced to Super Bowl 44.

“Andrew Berry is one of the brightest young men we ever had the pleasure of working with. He came to us very early in his career and very soon we realized he was on a fast track,” former Colts president/general manager Bill Polian said about Berry when he was hired by the Browns in 2016. “I am not surprised the Browns hired him for this very important position. I assure you he has both the capacity and the will to do an outstanding job. The Browns have made, in my humble opinion, a great hire.”

Berry graduated from Harvard University with a bachelor’s degree in economics and a master’s degree in computer science. He also played football for the Crimson, starting all four years at cornerback and earning All-Ivy League honors three times.

Berry helped lead all talent evaluation efforts for the Browns, transforming the team from zero wins in 2017 to seven wins in 2018. He’s part of the brass responsible for taking Baker Mayfield at No. 1 overall along with Denzel Ward at No. 4 and Nick Chubb in the second round of the 2018 draft. Barry was also influential in the trade for Jarvis Landry and several Browns free agent signings over the last two years.

With the Colts, Berry managed the free agency process and evaluated talent across the NFL. He also assisted with college scouting, preparation for the NFL draft and worked on contract negotiations during free agency.

The Browns also targeted Indianapolis Colts assistant general manager Ed Dodds, but he declined to interview for the position. Dodds was the preferred choice for the general manager position if the Browns hired San Francisco 49ers defensive coordinator Robert Saleh, but Cleveland chose to hire Stefanski for the role.

For the latest on the Browns’ coaching and general manager search, check out our updated tracker breaking down every assistant hire, rumor, and more.