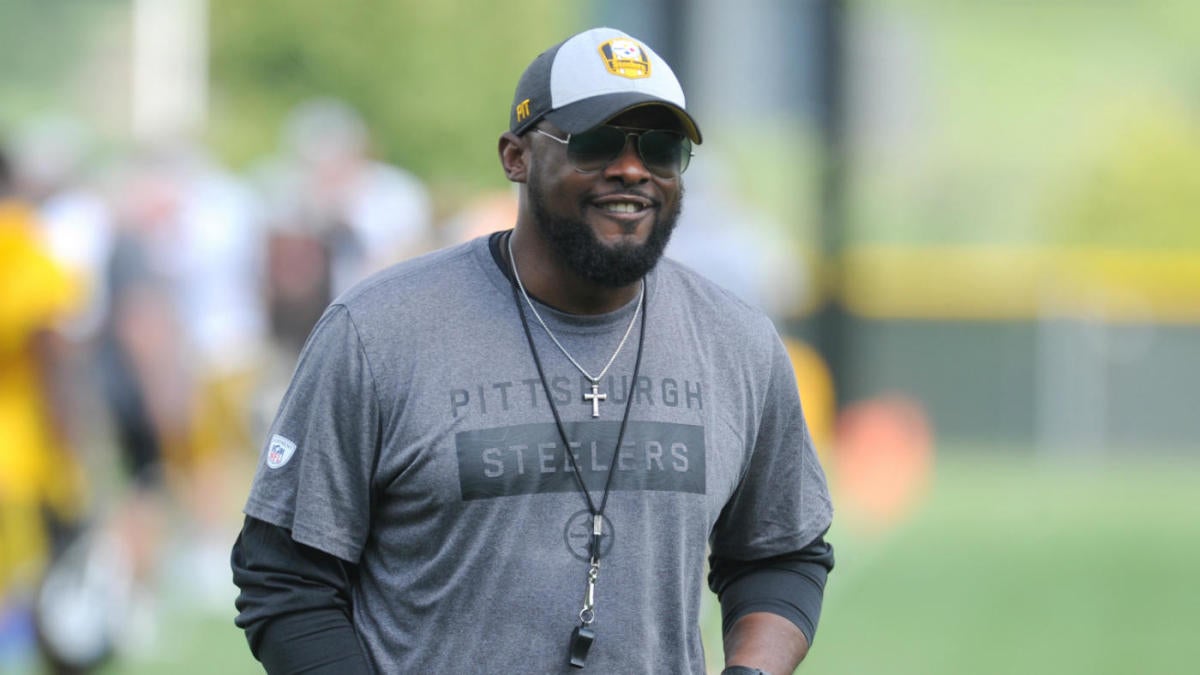 Bill Cowher left an indelible mark on the Steelers‘ organization, a fact that was reinforced shortly after Pro Football Hall of Fame president David Baker, on national television, personally informed Cowher that he would be part of the Hall of Fame’s centennial class of 2020. Cowher and former Cowboys/Dolphins coach Jimmy Johnson are the two coaches who will be included in the 20-member class of 2020. The 10 senior inductees and three contributors in this year’s class will be unveiled Wednesday morning on NFL Network, while the five modern-era nominees will be announced on the eve of Super Bowl LIV.

Art Rooney II, who was instrumental in his late father Dan Rooney’s decision to hire the then 34-year-old Bill Cowher to succeed Hall of Fame coach Chuck Noll in 1992, congratulated Cowher on his Hall of Fame election.

“Congratulations to Bill Cowher on his election into the Pro Football Hall of Fame,” Rooney said in a statement released by the team. “One of our most successful coaches in team history, Bill’s energy and dedication for coaching was evident in every practice and every game. His Pittsburgh roots were perfect for our organization because he knew the history and passion of our fans, and he wanted to bring a Super Bowl back to his hometown. He accomplished that feat in dramatic fashion in Super Bowl XL.

“Bill was always a family man and made the tough decision to walk away from coaching at a young age to focus on them. I am so happy for his entire family, and I’m sure this summer in Canton will be a special time for Bill and all of Steelers Nation.”

Mike Tomlin, the man who succeeded Cowher in 2007, also issued his congratulations via Twitter.

“I am so happy for Bill Cowher,” said Tomlin, who like Cowher has guided the Steelers to multiple Super Bowls. “Bill had an incredible career and left his mark on the Steelers, Pittsburgh and the NFL. The Pro Football Hall of Fame got themselves a great addition with (Coach Cowher). Congrats Bill. You deserve this great honor.”

A slew of Cowher’s former players in Pittsburgh also took to social media. Among those former players was Jerome Bettis, who retired after winning a Super Bowl with Cowher at the conclusion of the 2005 season. Cowher also spoke on Bettis’ behalf when Bettis received his Hall of Fame ring at halftime of a Steelers’ game in 2015.

Cowher earned induction into the Hall of Fame following a vote taken by the NFL’s recently formed “Blue Ribbon Panel” that voted on the coaches, senior nominees and contributors who will help make up the largest induction class in the Hall of Fame’s history. Among the members of the panel was Dick LeBeau, a Hall of Fame defensive back who won a Super Bowl as Cowher’s defensive coordinator in 2005.

“Bill has no weak­nesses but his great­est strength is how he was in front of the team and how he in­ter­acts with the team,” LeBeau recently said in an interview with Gerry Dulac of the Pittsburgh Post-Gazette. “He had the abil­ity to keep ev­ery­body fo­cused on the next snap, the next quar­ter, the next game. He had a rare vi­sion. I thought he was re­ally tal­ented in those ar­eas.”

“Bill had been a for­mer player and so what was im­por­tant to him was how a player knows what to do,” Lewis said in Dulac’s story. “He wanted them to play fast. He didn’t want them to be bogged down men­tally. With Car­nell Lake, Greg Lloyd, Rod Wood­son, Chad Brown, all those guys were the same an­i­mal. You gave them some­thing and they went out and did it hard and fast. You didn’t want to bog them down with so much think­ing.”

A Pittsburgh native, Cowher wanted his teams to symbolize the city by playing a physical brand of football that was based on toughness. That philosophy helped Cowher win 161 games (including the postseason), eight division titles, two AFC titles and a Super Bowl during his 15-year run in Pittsburgh. Cowher also joined Hall of Fame coach Paul Brown as the only two head coaches in NFL history to lead their teams to the playoffs in each of their first six seasons.

“I wanted to be my­self and I wanted the play­ers to take pride in ev­ery­thing they did,” Cowher said. “We rep­resent the Pitts­burgh Steel­ers but we also rep­resent the city of Pitts­burgh. You’re a leader and a role model, whether you want to be or not. I wanted them to play with con­fi­dence and bor­der­line cock­i­ness, but re­spect the game, re­spect the play­ers you’re com­pet­ing against and re­spect your team­mates. That to me was the very bot­tom line. lf you do that, it should all work out.”

Regardless of how many other Steelers are included in this year’s class, the induction of Cowher will surely result in a large contingent of Steelers fans descending on Canton this summer to say ‘thank you’ to the coach who helped continue the winning culture that Noll helped bring to the Steelers back in 1969.