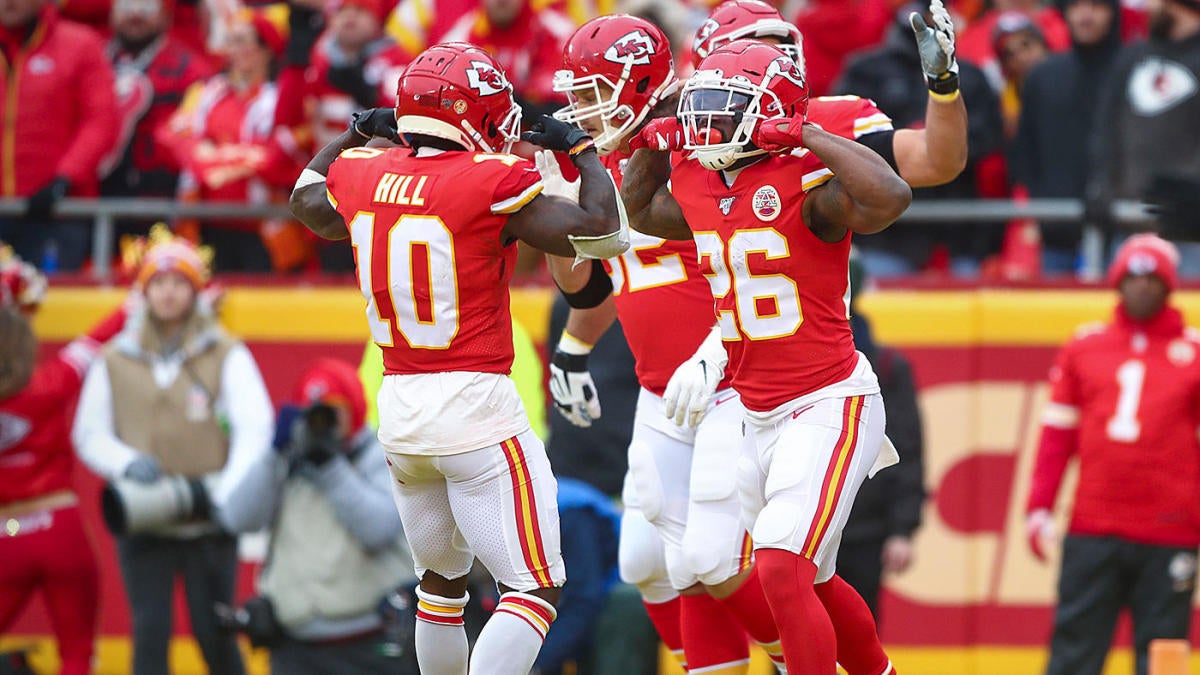 Early in the second quarter, with his team leading 21-0, Texans coach Bill O’Brien sent his offense back out onto the field to go for it on fourth down from the Kansas City 13-yard-line. The Texans were rolling, and they needed less than a foot to convert for the first down, so the decision made sense. Only O’Brien didn’t actually have his offense go for it. Instead, he ran down the clock, called a timeout, and then sent Ka’imi Fairbairn out for a field goal try. The kick went through the uprights, giving the Texans a 24-0 lead.

The next time the Texans scored, it was to cut the Chiefs‘ lead from 41-24 to 41-31 with 24 seconds left in the third quarter. That’s right. Kansas City ripped off six unanswered touchdowns and eventually reached the end zone on seven consecutive drives before finally settling for a field goal midway through the fourth quarter.

It was a truly spectacular run made all the more unbelievable by the fact that the Chiefs had run 12 plays and gained just 41 yards before the explosion began. During that time, the Chiefs dropped four passes, including three on third down. And then they went to work.

By the end of the night, several Chiefs had put together historic games, and the Chiefs as a whole had one, too. Kansas City was the first team in NFL history to win by 20-plus points after having trailed by 20-plus points in a postseason game, and their 24-point comeback was the fourth-largest in playoff history. Their 41 consecutive points were the most any team has scored in a playoff game since the 2002 Jets did it against the Colts in the wild card round.

Along the way, the Chiefs became the 14th team ever to score 50-plus points in a playoff game, and only the eighth since the AFL-NFL merger back in 1970. Kansas City only held the ball for 25:25, by far the lowest time of possession of any team that scored 50-plus in the playoffs.

Patrick Mahomes, meanwhile, became just the eighth quarterback in NFL history to throw for more than 300 yards and at least five touchdowns in a postseason game, joining Ben Roethlisberger, Tom Brady, Kurt Warner (twice), Peyton Manning, Kerry Collins, Steve Young, and Daryle Lamonica. Throw in his 56 rushing yards, and nobody else in the history of the league has matched what Mahomes did in this game.

Mahomes’ top target during the game was tight end Travis Kelce, who hauled in 10 receptions for 134 yards and three touchdowns, with all three of his scores coming during Kansas City’s second-quarter explosion. Only two players (Rob Gronkowski and Jerry Rice) had ever caught 10-plus passes for 100-plus yards and three-plus touchdowns in a postseason game before Sunday, but now there are three.

And it wasn’t just Mahomes and Kelce. Running back Damien Williams scored twice on the ground and once through the air, becoming only the fourth player in NFL history to do that in a playoff game, along with James White (who should have won Super Bowl MVP for this performance), Leroy Hoard, and Craig Baynham. Williams also did it on only 14 touches, the second-fewest among that group of four players.

In the AFC title game next week, the Chiefs will have to contend with another playoff record-setter: Titans running back Derrick Henry, who on Saturday became the first player in the history of the league to rush for 175-plus yards twice in the same postseason.