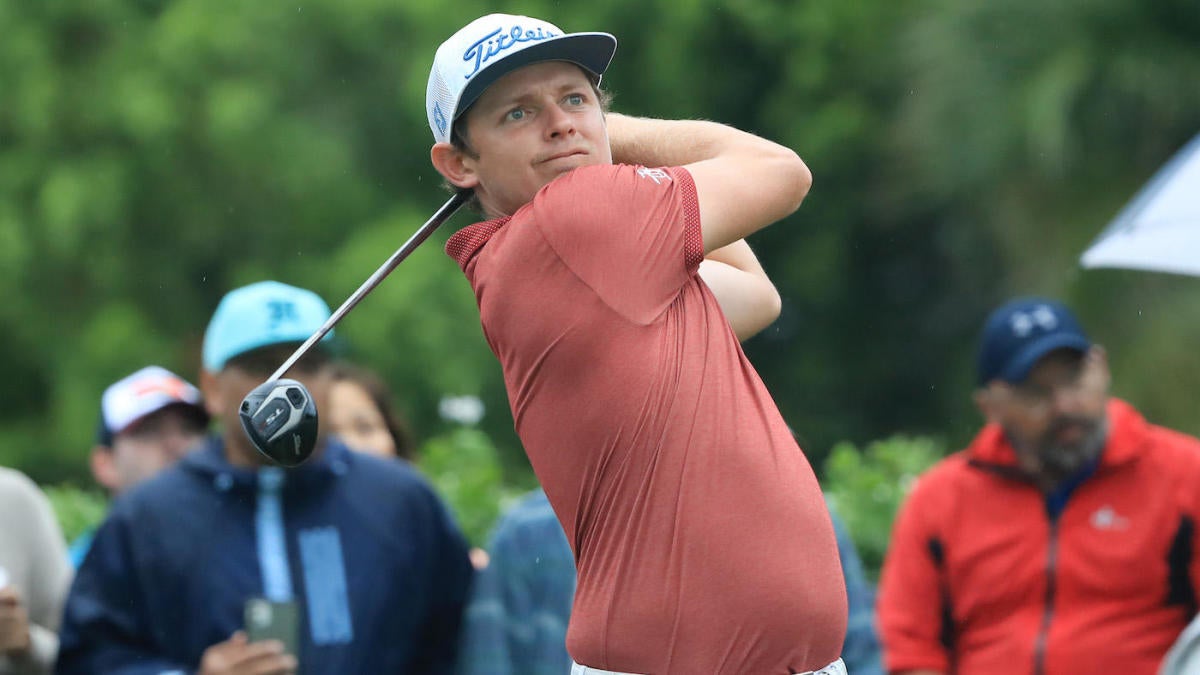 As they stood in the 18th fairway on Sunday at the Sony Open, it seemed as if the event was over for Brendan Steele and Cameron Smith. Steele, who was leaking a little oil after seemingly sewing up the tournament with a nasty bunker hole-out on the 11th hole, led Smith by one, and they were hitting from the exact same spot in the fairway on the par-5 closing hole at Waialae Country Club.

To make matters even more dire for Smith, he hit his approach into a greenside bunker that looked like a difficult up-and-down for birdie. A Steele win seemed inevitable. But 15 minutes had passed since Steele hit his tee shot, and he overcooked his approach over a grandstand and off the planet. After getting relief, the best he could do was a par. Smith miraculously poured in his up-and-down birdie, and then clipped Steele by one in a one-hole playoff for the victory.

So much can change in the course of 20 or 30 minutes on the PGA Tour, and for Smith, that includes going from a probable runner-up finish to his first individual PGA Tour title and a Masters invite after narrowly missing out qualifying last year. The promising Australian is now 26, and though his career has been good, it’s never really been great. Maybe this will be the start of something for him.

His win on Sunday came after he finished 128th in the field in Round 1 in strokes gained from tee to green. His putter saved him on that day, though, as he eeked out an even-par 70 before stringing together a 65-66-68 close to get to 11 under and into the playoff.

“You just have to hang in there,” Smith told Golf Channel. “No one was playing good golf today it seemed like. The conditions got a lot easier at the end there, but just hang in there and what do you know.”

Smith played unremarkable golf on Sunday in wet, windy conditions. He shot 34 on both sides and only made four birdies. He shot 68 on a day when the field average was 68.8. But on a day marked by up-and-down play, aggravating weather and complete ejections, unremarkable play with a touch of the short-game skill Smith is known for at the proper time was enough to walk away with the win in Honolulu. Grade: A+

Here are the rest of our grades for the 2020 Sony Open.

Webb Simpson (3rd): Simpson — who has been unbelievable at this event with six straight top 20s — dug himself too big of a hole on Thursday when he shot a 1-over 71. He played catch-up over the final three days but never could surge out into the lead and force everyone else to chase him. Still, he remains the most underrated player on the PGA Tour right now. He opens this season with three straight top 10s and has six in his last 15 starts with no missed cuts. You know what you’re getting every single week. Grade: A

Collin Morikawa (T21): His tee-to-green work faded a bit as the week wore on (he finished first in strokes gained on approach shots and from tee to green on Thursday), but Morikawa is a stud. He said on Thursday that ball-strikers like bad weather because they can control their ball. This is the type of thing elite ball-strikers think and say. He finished 50th in putting and 9th from tee to green, which is the perfect profile for a great tee-to-green player who notched a top 25. Unfortunately for him, Morikawa missed a 7-footer  and then a 4-footer on the final hole with birdie and a T9 right in front of him. Instead, it was bogey and a T21, but his Hawaii swing has me wondering just how good of a season the 22-year-old can have this year. Grade: B-

Justin Thomas (MC): In retrospect, it’s not difficult to see this missed cut for Thomas coming. He endured an emotional, grueling victory last week over Patrick Reed in three playoff holes that felt like 30 and came into this week with the tank probably not completely full. Still, you would expect somebody of his caliber to fight through a week in which he didn’t have his best stuff. Thomas’ problem this week was with the putter. He hit it quite well but finished 110th and 137th in putting on Thursday and Friday respectively.

“I missed about every putt,” he said on Friday, which was true. “No [concerns about my game], none at all. I’m playing great. Playing plenty good enough to still be winning this week. Probably was a little exhausted from last week, which is good thing. No, I mean, played like crap so I deserve to have a weekend off. Grade: F