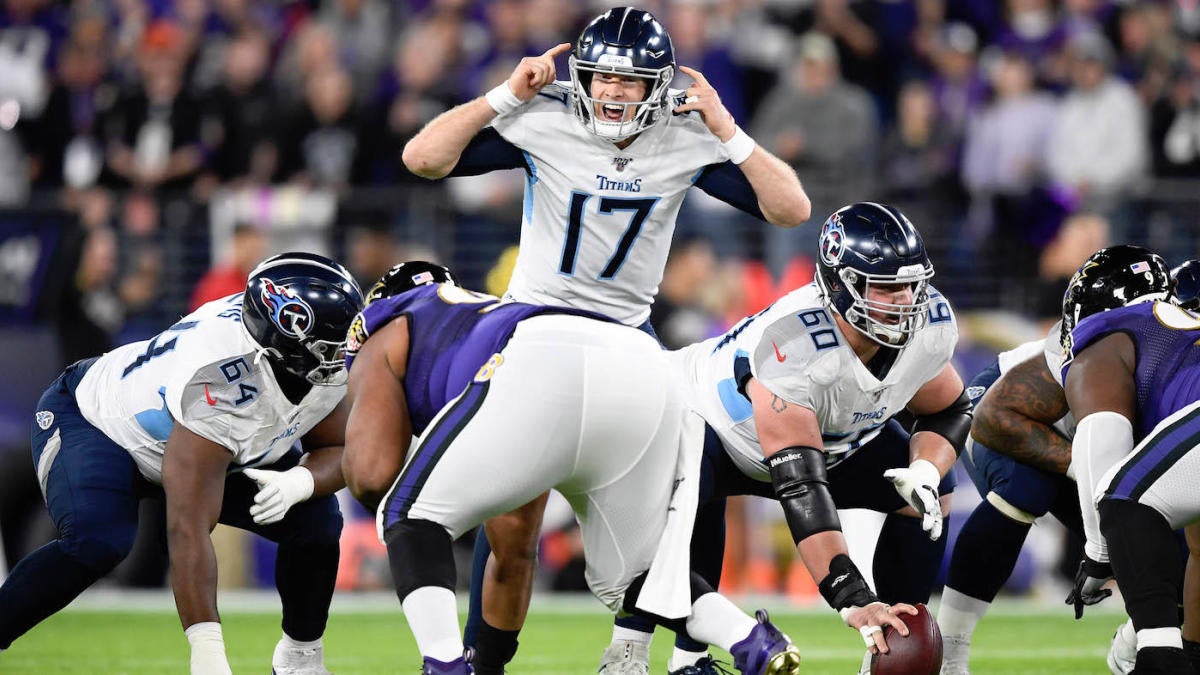 Less is apparently more with Ryan Tannehill. The Titans quarterback steered the ship in Tennessee’s shocking upset win over the No. 1 seeded Baltimore Ravens in the AFC Divisional Round to advance to the franchise’s first conference championship since 2002.

In the winning effort, Tannehill completed seven of his 14 throws for 88 yards and two touchdowns, which isn’t exactly a Herculean effort by any means. And this is the second week in a row where Tannehill hasn’t piled up the stats in Tennessee’s wins as he threw for just 72 yards and a touchdown in their upset over New England last weekend. That funky stat line coupled with these two playoff victories now has Tannehill making NFL history.

According to NFL Research, Tannehill joins Hall of Fame quarterback Terry Bradshaw as the only players in the Super Bowl era to win consecutive playoff games with one or more touchdown passes and fewer than 100 yards passing. Bradshaw did so in the 1974 AFC Championship Game and Super Bowl IX.

While Tannehill hasn’t lit the world on fire with his numbers, he’s rising to the occasion when Tennessee calls his number. In this win over Baltimore, Tannehill threw two touchdown passes in the first half that quickly got the Titans out to a 14-0 lead. His first throw was a tremendous effort by tight end Jonnu Smith, but his second touchdown pass was a stellar 45-yard dime to receiver Kalif Raymond.

The veteran quarterback also ran for a touchdown in this game as a part of Tennessee’s back-breaking third-quarter run out of halftime, which only adds to his value. Through this run, Tannehill is simply converting the plays he needs to make, largely isn’t putting his team behind the eight-ball with critical turnover and opens things up for star running back Derrick Henry to turn in historic performances. That’s all you can really ask for around this time of year.