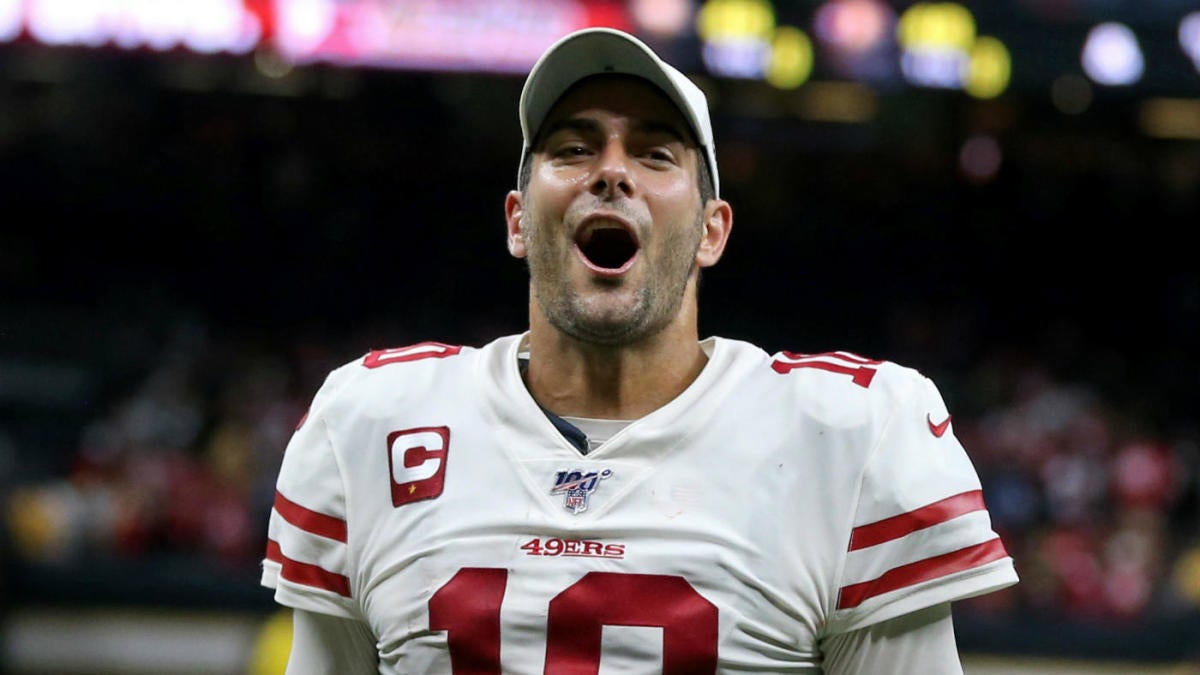 It’s not often that you see a quarterback put a pancake block on a Pro Bowl linebacker, but that’s exactly what happened during the first half of the 49ers divisional playoff game against the Vikings on Saturday.

On a first-and-10 play in the second quarter, the 49ers decided call a trick play that saw rookie wide receiver Deebo Samuel taking a reverse handoff from tight end George Kittle. On a play like this, you’ll sometimes see the quarterback sent out as the “lead blocker” even though they usually don’t end up blocking anyone, however, don’t tell that to Jimmy Garoppolo, because he definitely made the most of his chance to become a blocker.

Here’s a look at the play, and as you watch, make sure to keep your eyes on Garoppolo.

Your eyes are not deceiving you! That is Garoppolo putting a pancake block on Vikings linebacker Anthony Barr, who just happens to be a four-time Pro Bowler. Barr is never going to live that down, especially since he’s three inches taller and 30 pounds heavier than Garoppolo.

Since quarterback pancake blocks don’t happen that often, let go ahead and watch that play again.

With Garoppolo as his lead blocker, Samuel ended up gaining six yards on the play, although the gain did come with some drama. On the play, Samuel appeared to fumble away the ball to the Vikings, but after a short review, the replay crew in New York ruled that Samuels’ knee was down.

The ruling was a big one for the 49ers, because they ended up finishing the drive off with a touchdown that gave them a 14-7 lead.

Although Garoppolo got the pancake block on Barr, Vikings linebacker Eric Kendricks did get some revenge for his teammate later in the first half when he picked off Garoppolo. The Vikings ended up getting a field goal out of the pick to cut San Francisco’s lead to 14-10, which was the score at halftime.

For an update on the game that includes the score and the latest stats, be sure to click here and head to our live blog.