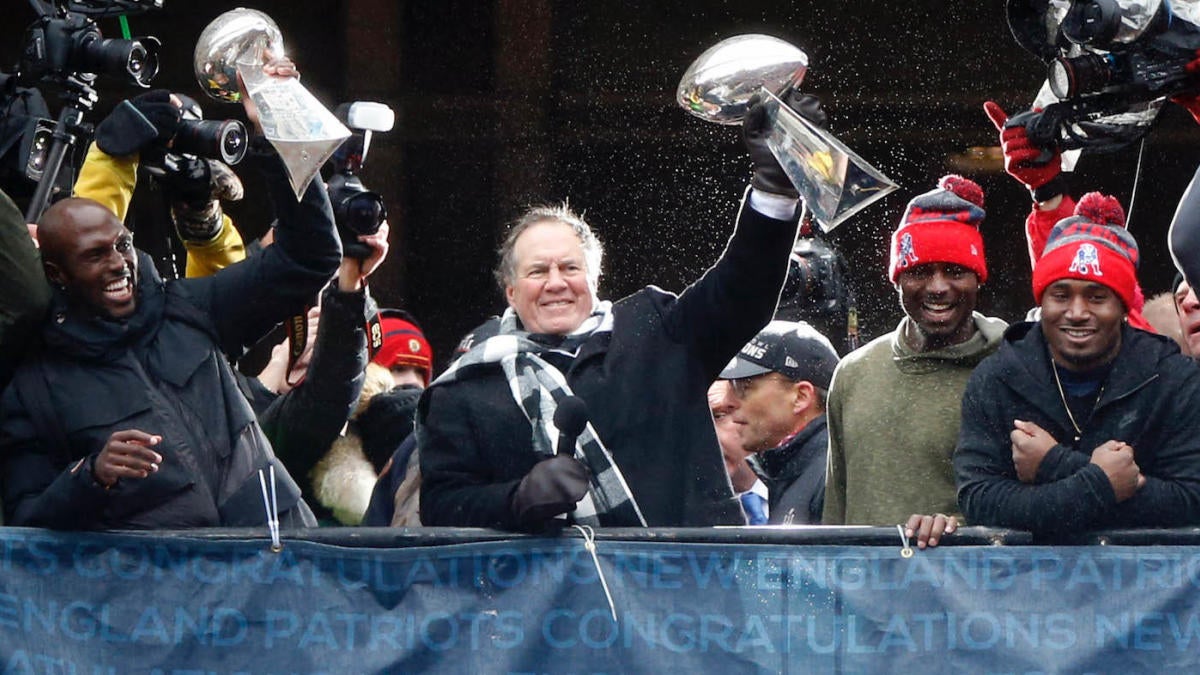 The Patriots find themselves in the unfamiliar spot of already being ousted from the playoffs before the divisional round. For the past decade, New England typically would enjoy a first-round bye and get its Super Bowl run started this weekend. Now, due to Mike Vrabel’s Tennessee squad rolling into Foxborough and handing the Patriots a loss last weekend, they’re forced to be looking down the barrel of what could be a franchise-altering offseason for them.

Of course, plenty of the offseason discussion will surround Tom Brady’s looming free agency, but there are a number of other areas that the Patriots will need to address to get back to Super Bowl contention. Below, you’ll see our key areas of attack for New England this offseason to immediately get back in the championship conversation for the 2020 campaign.

It’s the story of the offseason for New England: Will the Patriots be able to re-sign Tom Brady, who is entering free agency for the first time in his two-decade NFL career? There’s plenty of speculation that suggests Brady wants to test the waters, but if I’m Robert Kraft I try like hell to have him put pen to paper before he even reaches the legal tampering period. I think a deal similar to what the Saints inked Drew Brees to in 2018 (two years, $50 million) with a large amount of that sum being in guarantees would be a great target for New England. On top of that kind of deal to put in front of Brady, the team would also be wise to fully detail who they intend on going after this offseason to complement the Patriots offense in 2020. That latter point is arguably more important than the type of money that is slated to go Brady’s way.

2. Address the interior of the offensive line

Outside of Tom Brady, the biggest free agent for the Patriots this offseason is starting left guard Joe Thuney. The 27 year old has been one of the key cogs in this recent run of Super Bowl success for the Patriots after the team chose him in the third round of the 2016 NFL Draft out of NC State. Because of his success, Thuney is in position to see an extremely lucrative contract on the open market, one that may even make him the high-st paid interior offensive lineman in the NFL. If the Patriots don’t want to go that high for Thuney, they’ll have to address his departure in some way. Is it possible to move starting left tackle Isaiah Wynn to left guard and address the tackle spot in the draft or free agency? That’s one option at their disposal.

On top of Thuney, the Patriots would be wise to continue to monitor the status of center David Andrews, who missed the entire 2019 season due to blood clots in his lungs. If he’s able to make a full recovery and return to football, that’ll be a great addition to the offensive line. If there are some doubts to his return, trying to re-sign Ted Karras, who started for Andrews at center this season, could become more critical.

Along with Andrews, the Patriots had a number of key figures miss large parts of this season due to injury. Starting fullback James Develin, who suffered a neck injury against the Dolphins in Week 2, was missed by the Patriots this season before the emergence of linebacker Elandon Roberts, who transitioned into the team’s fullback late in the year. Develin was a key piece to the Patriots’ success on the ground during their playoff run in 2018 and eventual Super Bowl LIII win. His return will be a welcome sight in 2020.

Longtime kicker Stephen Gostkowski also was placed on injured reserve for the bulk of last season due to a left hip injury. New England went through a number of kickers after he went down for the year, so his pending return will provide some stability to a clutch position.

The Patriots have already lost special teams coordinator and receivers coach Joe Judge after he accepted the head coaching position with the New York Giants and could also be losing offensive coordinator Josh McDaniels to Cleveland.

Speaking on Judge: New England could elevate assistant special teams coach Cameron Achord to the coordinator spot. As for his vacated duties as the receivers coach, I’d keep an eye on former Patriots pass catcher Troy Brown as a possible candidate for that spot. He helped out the offensive this year and seems like a logical person to look at to fill the role. As for the offensive coordinator spot, the Patriots could look to rehire Chad O’Shea, who was the Dolphins OC this season, if McDaniels leaves. O’Shea was with the organization as the receivers coach from 2009-18, so he is at least familiar with the operation in Foxborough.

5. Execute at the NFL Draft

Recent draft history hasn’t been kind to the Patriots, specifically in the top rounds. While the jury is still out on 2019 first-round pick N’Keal Harry, the recent first-round selections haven’t lit the world on fire in New England. Sony Michel (2018) seemed to regress this season and Isaiah Wynn (’18) had trouble staying on the field yet again. After those three, you’d have to go all the way back to 2012 to find a first-round pick that actually produced for the Patriots out of the gate (Dont’a Hightower and Chandler Jones). The second round has arguably been worse over that stretch with the team bringing in the likes of Jordan Richards, Cyrus Jones and Duke Dawson.

This is a long way of saying that the Patriots simply need to execute at a higher level at the NFL Draft and not rely on undrafted free agents to save them. No matter which way they decide to go this spring, those players need to pay immediate dividends.

Outside of Thuney, McCourty and Collins should be priorities for the Patriots this offseason when looking at their crop of free agents. McCourty is coming off a tremendous season in 2019 and the starting safety still has plenty of good football left in him. After mulling retirement last offseason, he has already said that he plans to play in 2020 and the Patriots should make sure that he’s doing so in Foxborough. Not only does McCourty still play at an elite level, but he’s one of the key leaders on defense.

With Jamie Collins, he enjoyed a nice return to Foxborough after spending the previous three seasons in Cleveland. The linebacker found a solid role in Bill Belichick’s defense, posting 80 tackles and a career-high seven sacks. Collins should be the priority free agent at linebacker for New England, while fellow free agent Kyle Van Noy’s market could get a little too rich for their blood.

This coincides with re-signing Tom Brady. To do that, the Patriots must improve the play-makers round him on offense. That means jumping into the free agent market and bringing in some top-tier talent. As free agents, two names to keep an eye on at the receiver position are Amari Cooper and A.J. Green. With Cooper, the Cowboys can use the franchise tag on either him or quarterback Dak Prescott. If they choose Dak, that could open the door for a team like the Patriots to swoop in with an offer. Bringing back trusted receiver Danny Amendola may be another intriguing, lower-level option for the Pats.

On top of looking at receivers, the Patriots need to improve the tight end spot. That was a position that gave them nearly zero production in 2019. Hunter Henry is a free agent target to monitor. As for trade targets, it’d be wise to make calls on O.J. Howard and Gerald Everett.