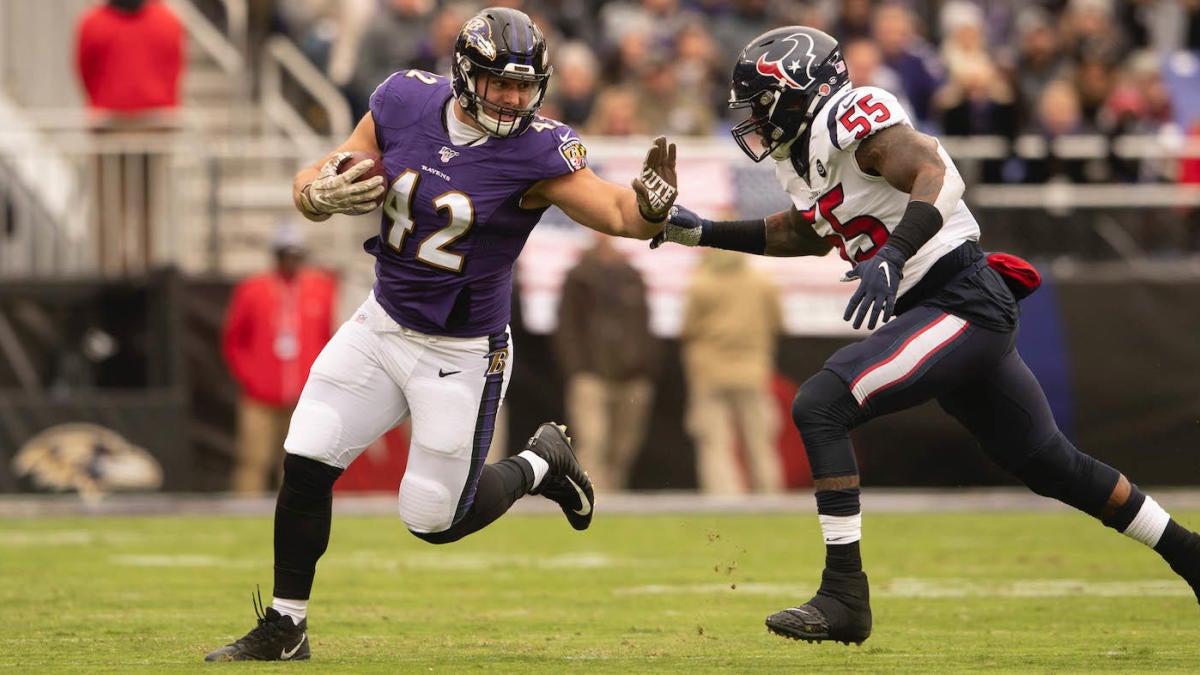 The NFL not only is in the final weeks of its centennial season, but it’s also closing the book on another decade in the league’s history. As they look the next chapter, it seems like there is the chance for the old school two-way player to make a comeback.

In fact, it already is.

2019 saw the continued emergence of players who are playing both sides of the ball. Most notably is Patrick Ricard, who plays both fullback and on the defensive line for the Baltimore Ravens. The 6-foot-3, 311 pounder was named to the Pro Bowl this season after helping the Ravens on essentially every side of the ball. According to Football Outsiders, Ricard is the only players to play at least 100 snaps on offense, defense and special teams this season.

“I think it’s fun doing both,” the former undrafted free agent out of Maine told USA TODAY Sports’ Tom Schad. “It’d be weird not doing it.”

Ricard’s numbers don’t jump out of the box score at you, but he’s undeniably one of the key cogs in Baltimore’s record-breaking rushing attack this season. That’s in part why he saw a two-year contract extension come his way, reportedly worth $7.3 million.

“He does stuff that no one else does around the league,” Ravens tight end Nick Boyle told Schad of Ricard. “Playing both sides is something you hear in high school. You don’t really hear that in college, and you never hear about it in the NFL.”

While Ricard may be the one breaking the mold by being selected to the Pro Bowl and receiving a rather lucrative contract, two-way players are starting to bubble up the surface more across the league.

“I think you’re going to start seeing it more and more,” Ricard said.

In these playoffs alone there were two others in the mix before being eliminated on Wild Card Weekend. In New England, linebacker Elandon Roberts was brought over to the offensive side of the ball after the Patriots were hit with a couple of season-ending injuries at the fullback spot. By the end of the season, Roberts was not only playing the fullback position well, but he was turning into a key piece of the offensive success for the Patriots. Similar to Ricard, Roberts was also a mainstay on special teams as well.

Taysom Hill in New Orleans doesn’t play on the defensive side of the ball, but the athletic gadget player for the Saints does represent another new wave of players that aren’t exactly bound to positional norms. On top of his skills as a quarterback, running back, receiver and tight end, Hill works on special teams and has proven to be a vital weapon in New Orleans’ offense. In their wild-card loss to the Vikings has weekend, he rushed for 50 yards, caught a touchdown and completed a 50 yard pass. He also played 85% of the special teams snaps.

It’s important to note that not all of these two-way or multifaceted players will be the same. Depending on the needs of each team, they’ll carve out their own path. With the Pro Bowl season of Ricard, dynamic play from Hill and clutch performances by Roberts this season, however, they’re all opening the eyes of NFL decision-makers that some players can be used in more than one way.

That makes for a pretty intriguing future heading into the 2020s.