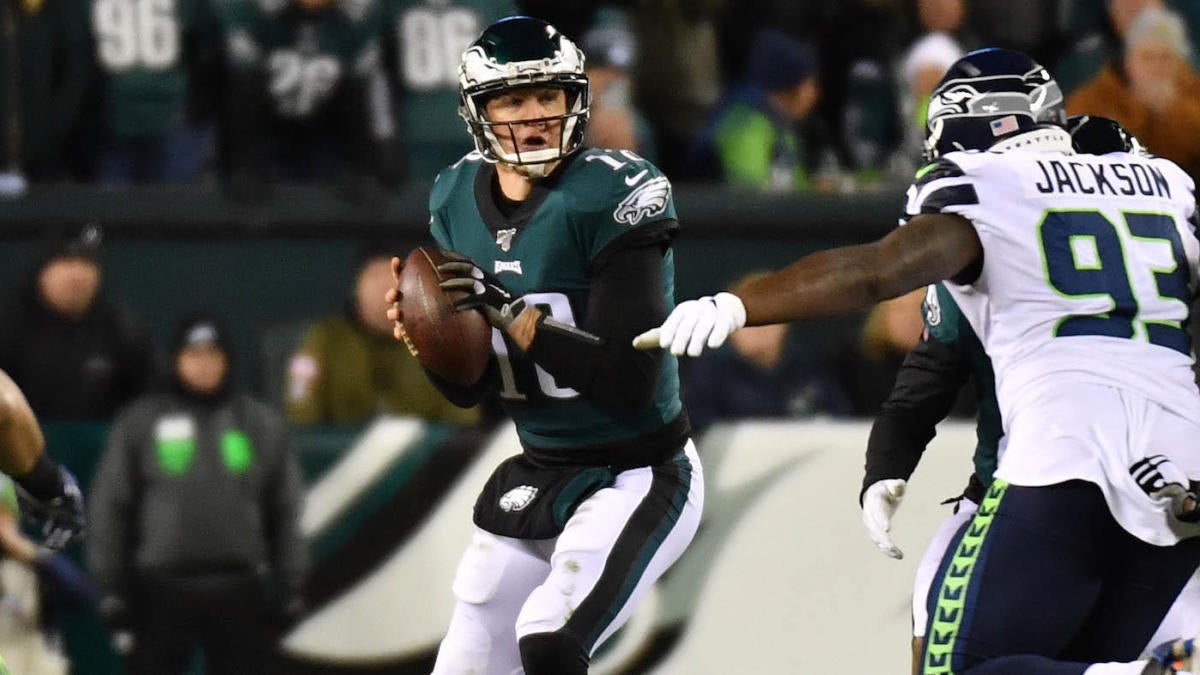 When you look up toughness in the dictionary, you may soon see just a picture of Josh McCown looking back up at you. Why? Well, the veteran Eagles quarterback suffered a torn hamstring in Philadelphia’s wild-card loss to the Seahawks last week and played the entire second half with it, according to Tim McManus of ESPN.

“I’m feeling alright all things considered,” the 40-year-old McCown said of his injury during an appearance on The ThomaHawk Show. “But, football and 40 … it doesn’t blend as well as you might think.”

Multiple reports note that McCown tore his hamstring off the bone against Seattle and is looking at a six month recovery with six weeks of being laid up. McCown was in the game after starter Carson Wentz suffered a head injury that knocked him out of the game late in the first quarter. It wasn’t too long after that when McCown suffered the injury on a drop back.

“I made a throw and something sharp bit me back there,” McCown recalled. “As far as I could tell there were no dogs on the field, so I was like ‘Whoa.’ That’s never happened to me. I’ve never really had any soft tissue injuries, never really moved fast enough to pull a hamstring, so I was like ‘What just happened?’ In my mind I was just like, ‘This is 40.’

McCown then went into the locker room, got checked out by doctors and ultimately made the decision to stay in the game, knowing full well that he was the only — somewhat — healthy quarterback remaining on the roster in this do-or-die playoff matchup.

“I think I popped one of the tendons off, went into halftime and made our adjustments, talked to the docs, looked around and realized I was the only quarterback left, so we kept it rolling,” he said. “Went back out in the third quarter and felt something else pop again and I was like, ‘Oh man, this’ll be more fun back there.'”

McCown finished the game completing 18 of his 24 throws for 174 yards in what ended up being a 17-9 loss for Philadelphia. He also rushed for 23 yards on five attempts. The veteran was noticeably emotional following the loss to Seattle last weekend and kept his NFL future up in the air. At the moment, there’s no telling how much this injury could impact that decision, but it certainly complicates matters.