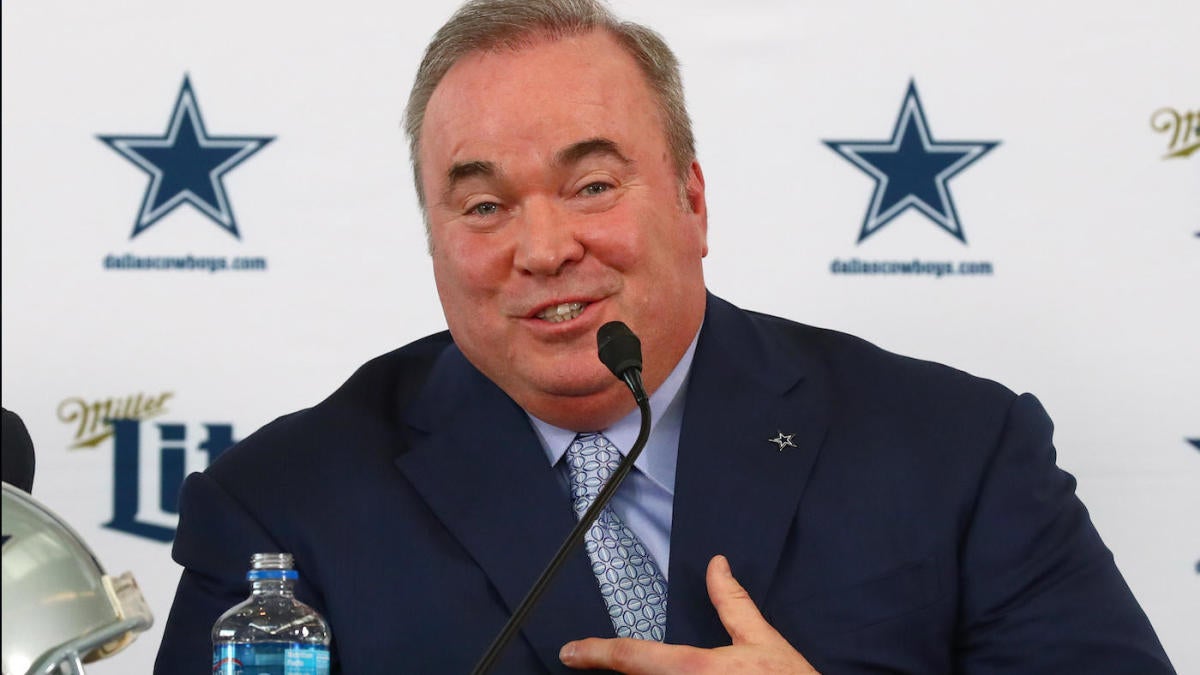 It’s the burning question looming over the Dallas Cowboys and Mike McCarthy for the 2020 season and beyond, and especially following another disappointing season wherein former head coach Jason Garrett shrugged off the topic midway through. The team was still reeling from an ugly 13-9 loss to the New England Patriots — wherein they failed to score a single touchdown — when Garrett was posed the question about analytics and how the Cowboys utilize them on a game-to-game basis, and his reply was the equivalent of diving into an active volcano holding a can of gasoline.

“It’s just not something we think is best for our team,” he told 105.3FM the Fan. “That’s just our approach. Different people have different approaches.”

Not surprisingly, the Cowboys went on to lose three of their next five games, including a must-win against the Philadelphia Eagles with the NFC East crown and a seat in the playoffs on the line. Seven days after concluding the team’s fourth 8-8 finish in Garrett’s nine-plus year tenure as head coach, a new sheriff rolled into town and took the reins, and while the sweeping change is refreshing in Dallas — McCarthy himself has become known as a pariah himself in the football analytics community for his refusal to embrace it in his tenure as head coach of the Green Bay Packers.

It appears that was then and this is now, however, with the 56-year-old having taken a year off from coaching to evolve his style, and that included shedding his dislike of analytics and getting a full understanding of how they can help teams win in the NFL. Despite his 122-77-2 regular season record with the Packers, along with four appearances in the NFC Championship and a Super Bowl victory, McCarthy knows the game has changed and he can no longer be behind the curve if he wants to rebuild his brand as a dominant head coach.

Speaking with 105.3FM the Fan for the first time in his Cowboys tenure, even he trolled himself a bit for his recent stubbornness.

“I used to have a saying, and I probably shouldn’t say it, but it was an old thought process — not out of disrespect — but it was to keep the analytics component in check. I used to say, ‘statistics are for losers’,” he said. “Because the only statistic that mattered was wins and losses.”

While McCarthy is no longer tugboating that decrepit theme, he also wants to be clear analytics is a tool he’ll readily employ with the Cowboys, but it’s not the Holy Grail.

“I think you have to be smart about the analytics,” he said. “It’s very important, but the reality of it is how it’s applied to your everyday operation, because we don’t play football in an air conditioned room — well, AT&T Stadium, I’m going to have to change my words there — but there’s also the human element that you have to involve in your decision-making. So, I think analytics gives you the ability to sharpen your edge in preparation, and be a little quicker in your decision-making during a game; but there is an instinct and awareness component that you definitely have to tap into on when you push the envelope and when you pull back.”

That is a concept that was lost under Garrett’s regime, in a league that has increasingly seen teams adopt analytics as a means of giving them a leg up on the competition. The refusal to acknowledge such is what kept Garrett’s leg down, and the Cowboys feet firmly planted in dried cement.

With McCarthy’s plan for analytics laid plain, the next question is a fairly straightforward one:

Who will call the plays in Dallas?

Offensive coordinator Kellen Moore will remain on-staff at the behest of McCarthy, after Moore battled through obvious growing pains to flip the Cowboys offense from one of the worst to literal first in only one season. Moore’s creative play-calling ability caught McCarthy’s eye even before the latter was a candidate to take over as head coach, making the marriage one all sides are passionately looking forward to. The aforementioned growing pains from Moore’s first year as an OC can be combed out under the tutelage of an experienced offensive mind like McCarthy, but Moore called the plays in 2019.

McCarthy, a head coach often vehement about having the final say as to what gets relayed to his quarterback’s earpiece, has an eventual decision to make this summer on who’ll control that aspect of the game. Equal to his newfound approach to analytics, however, McCarthy isn’t drawing hard lines anywhere just yet — before having spoken with his new staff.

“We’re looking at everything,” he said. “Every decision that will be made will be in the best interest of the Dallas Cowboys.”

A run-heavy offense that became a pass-heavy one, sometimes to the detriment of themselves, McCarthy — who is all-in on Dak Prescott being his quarterback — wants to help the 26-year-old take the next step in his career, but that also includes not going too far to the right of the spectrum, offensively. It’s more about taking what the defense gives you, and Prescott combines with running back Ezekiel Elliott to allow for such an approach.

It’s a one-two punch McCarthy is lathering over.

“I’m a believer that how much you run the football and how much you pass it really is an expression of your whole football team,” McCarthy said. “At the end of the day, from a coach’s perspective, we’re going to do what we feel we need to do to win. And that’s putting our players in the best position to be successful. Aaron Rodgers is a great player, so you give great players as many opportunities as you can.

“I never really was concerned about what the numbers look like, because you have to run the football in this league to be successful. If you run it 40 percent or if you run 50 percent, at the end of the day, the quality of it is what’s most important. With Dak Prescott, obviously, this offensive system will be built to make the quarterback successful [and utilizing Elliott helps that]. That’s how the West Coast offense was designed and that’s something that has been carried over into every offense that I’ve ever been a part of.”

Flipping to the defensive side of the equation, one that routinely failed the Cowboys in 2019, the decision to hire Mike Nolan away from the New Orleans Saints presents inquiries on if the club will move from their incumbent 4-3 scheme over to a 3-4. While Nolan is a truly a flex coordinator who can run both, and even as a hybrid, McCarthy cares less about scheme and more about what actually works on a play-to-play, week-to-week basis.

“I think scheme is overrated,” he said, matter-of-factly. “I’m more interested in making sure we’re fitting everything to our players. I think the personnel operation and how you’re able to be involved in that process is a great opportunity for me and my coaching staff. I’m really looking forward to talking about the profiles about what a Dallas Cowboys player looks like, and adding to this excellent roster we already have.”

That gives a strong indication there will be no formal defensive scheme flip, considering not every player on the Cowboys defensive front would excel with a three-man down front. It’s also key to note, to McCarthy’s point, that focusing on what scheme a team runs is antiquated, considering most don’t often operate out of their base set anyway. The bottom line is — throughout the transition to his regime in North Texas — McCarthy’s looking for what works.

It’s out with the old and in with the new, and that includes how McCarthy looks at himself in the football mirror in 2020.