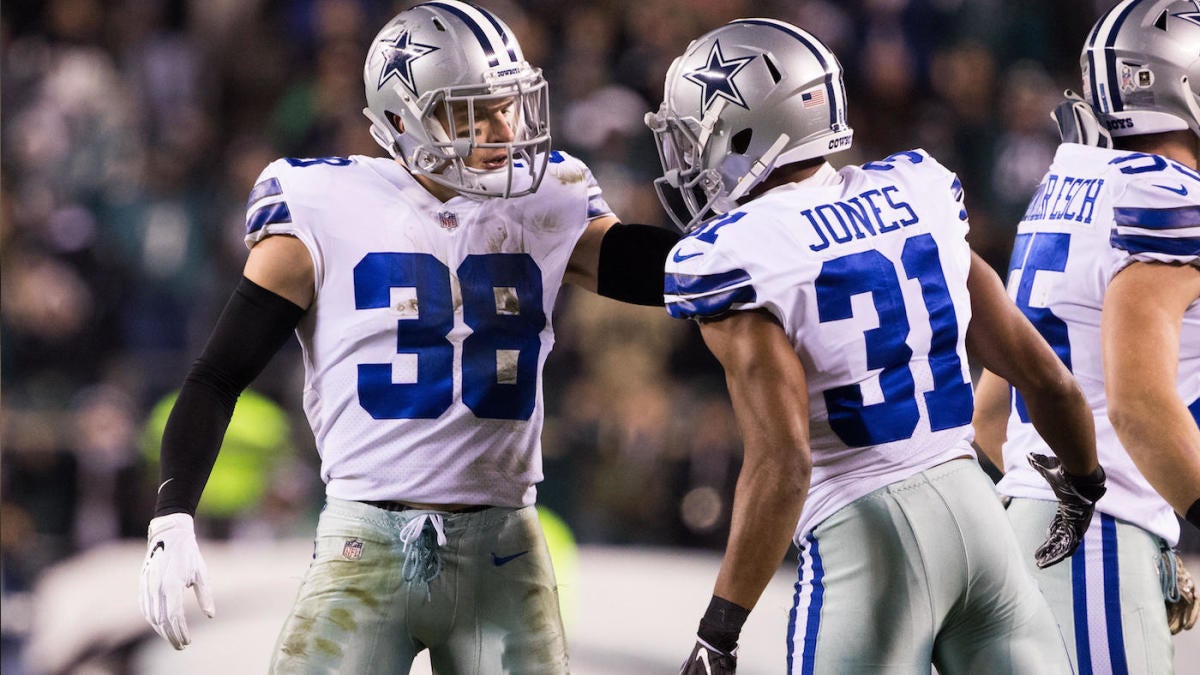 With Mike McCarthy rapidly piecing together his coaching staff, the ninth head coach in Dallas Cowboys history will soon need to pivot to personnel decisions that involve the guys on the field. Contract talks are set to re-engage on Dak Prescott, Amari Cooper and Byron Jones — marking a triumvirate of priority dealings that will shape the future of the club in one way or the other.

There’s also much to be decided beneath “Tier A” negotiations, as free agency approaches and then the 2020 NFL Draft, and the safety position is one the team has whiffed on improving in recent seasons.

The incumbent starter at strong safety, Jeff Heath, is no longer under contract and will become an unrestricted free agent for the first time in his seven-year career since being signed as an undrafted free agent in 2013 — having then signed a four-year, $7.6 million contract extension in 2016. The 28-year-old battled a slew of injuries on the back end of the 2019 season, and that included one to both of his shoulders, but he took the field for 13 games including the final three; and that was despite being in excruciating pain after taking down opposing ball carriers.

With the season now wrapped, Heath successfully underwent surgery on his left shoulder, per Todd Archer of ESPN — sources confirming the report to CBS Sports — and he was able to avoid having a procedure done on both.

In speaking with Heath after the regular season finale, I asked if he’d be healthy in time for the offseason program, and his answer was a confident affirmative. He was noncommittal to it being in Dallas though, as the team undergoes a regime change and he readies for his first-ever shot at fielding calls from other clubs.

“I’m just going to let my agent work, and talk to my family,” Heath told me on the evening of Dec. 29. “Then [I will] make a decision that’s best for me and my family.”

With the addition of John Fassel as special teams coordinator in Dallas, and McCarthy’s declaration that “special teams will be a priority,” Heath will get a strong look at possibly receiving an offer to remain to the Cowboys. At worst, he’s a beacon on the otherwise underachieving unit, along with fellow safety Kavon Frazier, who saw his season end prematurely due to a torn pectoral muscle. There’s a list of changes Fassel will make in what could be a sweeping overhaul in that phase of the game, but convincing Heath and Frazier to stick around for 2020 would be a wise move.

At worst, both are dominant on special teams with the ability to provide strong support in the safety rotation. For Heath, a player who has flaws also boasts a resume of game-defining plays, a willingness to do the dirty work and an intestinal fortitude not seen in many, hard-nosed coaches like McCarthy and Fassel would do well to have him on the new-look Cowboys — price-point allowing. It’s not a signing that would preclude them from upgrading at the position, and would keep two voids from opening simultaneously.

Heath has only known one head coach in his time with the Cowboys, namely the now-ousted Jason Garrett, and we’ll soon know if he’ll be around to get familiar with a second.