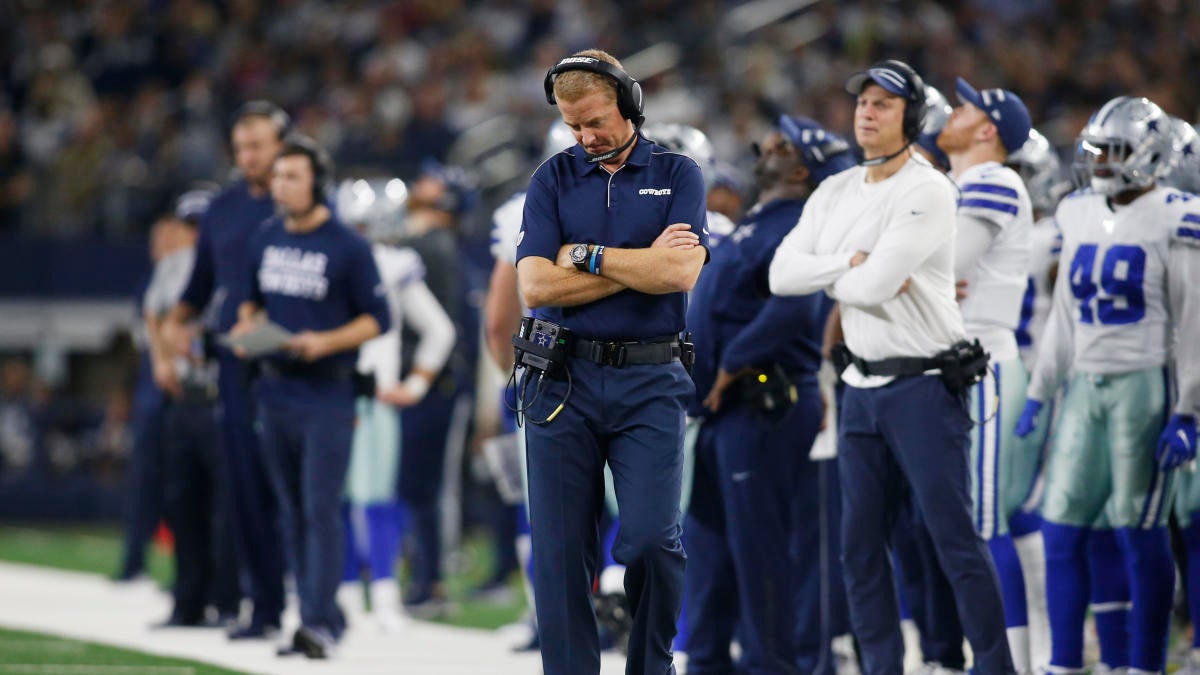 Jason Garrett is out. Mike McCarthy is in. That description is wildly more succinct than what actually occurred for the Dallas Cowboys in the span of seven days, by the way.

At one point, Garrett was not out but McCarthy was still brought in, hired and formally announced to the public as the ninth head coach in the franchise’s storied history — while Garrett remained under contract. It was revealed by owner Jerry Jones that the team notified Garrett they’d be interviewing McCarthy and subsequently Marvin Lewis, but Garrett didn’t throw a tantrum when he was told. One reason was that the writing regarding the end of his disappointing near-decade-long tenure with the Cowboys had long been on the wall, spray-painted with the pizzazz of a graffiti artist trying to send an S.O.S. to law enforcement.

The other reason was, well, Garrett’s idea. As it turns out, the move would’ve been made swiftly following the conclusion of the team’s fourth 8-8 season in that last decade, but Garrett had a hard time saying goodbye.

“We had open conversations with Jason, and he knew that we were obviously looking probably to make a change,” team exec Stephen Jones told 105.3FM the Fan on Friday, two days after McCarthy was announced as head coach. “But at the same time he wasn’t in any hurry, and it was his preference for us to not be in any hurry — to make an announcement or to move forward.”

From the team’s standpoint, an unhurried split was totally fine, considering they felt none of their top candidates to succeed Garrett were in imminent danger of being hired away from them. It was an amicable divorce proceeding that effectively saw the Cowboys allowing Garrett to box up his possessions respectfully because although he proved himself replaceable, the Joneses weren’t willing to pull a “Beyonce” and let him know “everything he needs is in a box to the left”.

As awkward as it all became in the end, it was planned by both sides.

“We really didn’t feel the urgency as long as he understood,” Jones said. “And we didn’t want to hide anything that we were going to be contacting coaches.”

And while only McCarty and Lewis were formally interviewed, Jones indirectly confirmed my reports the team had long been reaching out to candidates to get a feel for which direction they’d go in 2020.

“Not just the two we interviewed, but the others [as well] about what their thoughts were on this job, and what they would be thinking about it as we decided who we were going to bring in to have official interviews,” he furthered, before doubling down on why the decision was McCarthy as opposed to a bright collegiate mind. “As Jerry and I discussed with other people in our organization, we really felt like it was in our best interest to find a head coach that had had deep NFL coaching experience, had success as a head coach going to the playoffs, winning in the playoffs, and that’s why we started with Marvin [Lewis] and Mike — is they had success in this league and have been to playoffs. In Mike’s case, he had a lot of success in the playoffs. We wanted to start with that.

“We had certainly had a path that if we weren’t totally at peace at that point, then we could move into maybe make an exception, whether it’s a college head coach or whether it’s a coordinator that’s on the up-and-coming, or whatever that may entail. There were other options we looked at, but we wanted to start with that, and then of course when Mike came in there as the day went; it just became obvious that he was the right guy and the right fit for us.”

And so the McCarthy regime officially begins, with analytics in tow, as Garrett finds himself out of work at the moment. An interview was requested by the New York Giants, but they heel turned and waved off both Garrett and Josh McDaniels in a stunning decision to hire New England Patriots wide receivers and special teams coordinator Joe Judge.

Garrett’s want of a slow exit cost him opportunities to be a head coach in 2020, but maybe he doesn’t care at the moment. After giving his all to the Cowboys for 9.5 years as a head coach and nearly 20 years on the whole, and fielding the massive amount of pressure that comes with it along with the reality he wasn’t able to get the job done, maybe he just needs time to breathe and gather himself before re-entering the coaching fray.

And to be fair, that’s completely understandable.