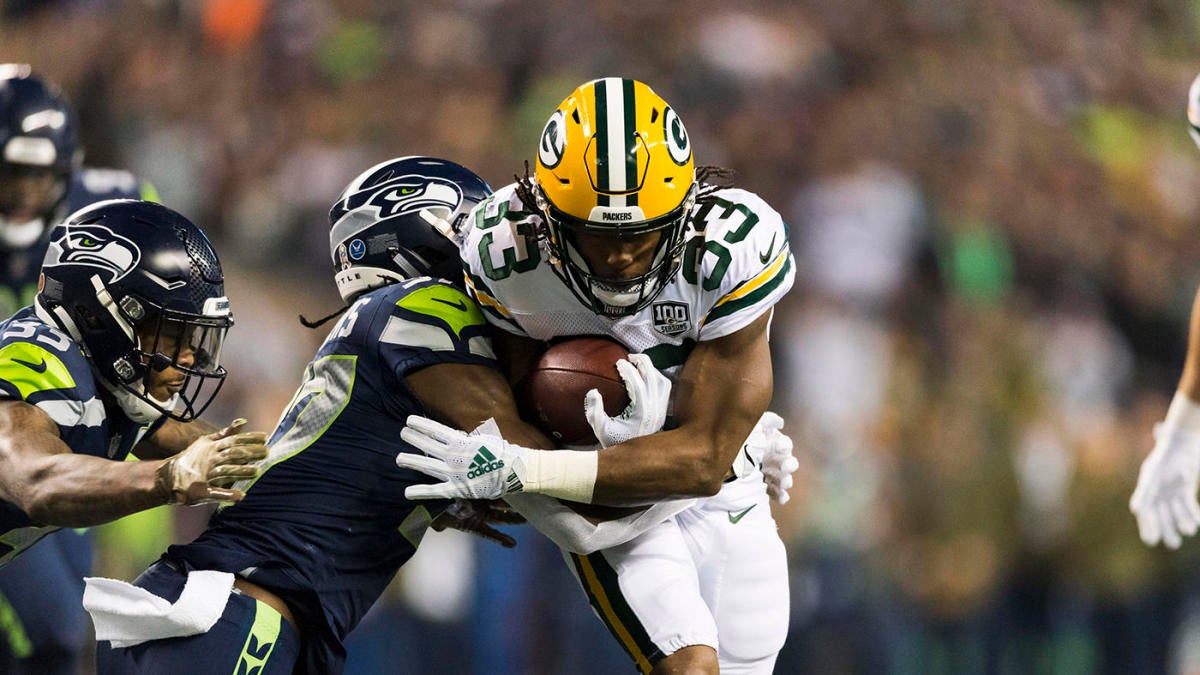 The Packers return to the playoffs for the first time since the 2016 season, where they made it all the way to the NFC title game before falling to a historically-good Falcons offense. The last time they were one-and-done in the postseason came all the way back in the 2013 season, and first-year head coach Matt LaFleur will do all he can to not suffer the same fate.

If it’s a close game, the odds might favor the Seahawks, who have managed to win by eight points or less in 11 of their 12 victories this year, including last week’s defeat of the Eagles. Seattle, who hasn’t advanced past the divisional round since losing to the Patriots in Super Bowl XLIX, has proven resilient behind their own star quarterback, and a Russell Wilson vs. Aaron Rodgers matchup is just about all you can ask for to close out a playoff weekend.

“These two have played some fun games in the past, and this should be no different. The Seahawks aren’t the same team as in year’s past, one that featured a dominant defense. That’s why I think the Packers will be able to have success on offense. Is this the game Aaron Rodgers gets it going? I think so. The Packers pass rush will be big here as well. Look for Green Bay to move on.” — Pete Prisco on why he’s taking the Packers to win 24-17

“I’m done betting against Russell Wilson. It’s that simple. The Seahawks might be a luckbox, but they’re a luckbox with Wilson at the controls and he simply MAKES THINGS HAPPEN. I know Aaron Rodgers might have one last playoff run left in him, but look at the two worst games by the Packers offense this season. They came against the Chargers (defensive coordinator Gus Bradley) and 49ers (defensive coordinator Robert Saleh). Do you know what those teams have in common? Their defensive coordinators learned under Pete Carroll and they operate the same scheme. It just gives Matt LaFleur’s offense fits.” — Will Brinson on why he thinks the Seahawks cover

Who wins Seahawks vs. Packers? And what critical X-factor makes one side a must-back? Visit SportsLine now to see which side of the spread you should be all over Sunday, all from the expert who’s 34-6 on picks involving the Packers.

“Since this game is being played on the frozen tundra of Lambeau Field, I feel obligated to mention that Russell Wilson is 0-3 in his career at Lambeau and 0-2 all-time in the regular season when the temperature is under 30 degrees. Although Wilson won his only postseason appearance in freezing weather (in January 2016 against the Vikings), he had a horrible game and Seattle only won because Blair Walsh pulled a Ray Finkle and botched a 27-yard field goal at the end of the game. The forecast for Sunday is calling for the high-20s, which the Packers will probably appreciate since they’re 5-1 with Rodgers when the kickoff temperature is under 30 degrees.” — John Breech on why he has the Packers winning 23-20

“This is a juicy matchup just because of the quarterbacks and franchises involved, but it honestly might feature the two worst teams in the postseason. (That line will undoubtedly come back to bite me, but whatever.) No, I wouldn’t necessarily pick, say, Houston over Green Bay, but both the Seahawks and the Packers are probably a little worse than their records indicate. Both have big-name QBs with either banged-up or inconsistent supporting casts. Both had to fight tooth and nail to get where they are. Wilson is a better play-extender than Rodgers at this point, but Seattle barely beat Eagles practice-squadders on Sunday. Give it to the home team.” — Cody Benjamin on why he has the Packers winning 26-24

The SportsLine Projection Model, which simulates every NFL game 10,000 times, is up over $7,000 for $100 players on its top-rated NFL picks since its inception four-plus years ago. Its biggest edge in this game comes on the total, with one side cashing in 51% of simulations. See the model’s spread, total and moneyline plays only at SportsLine.

Why to take Seahawks

Why to take Packers