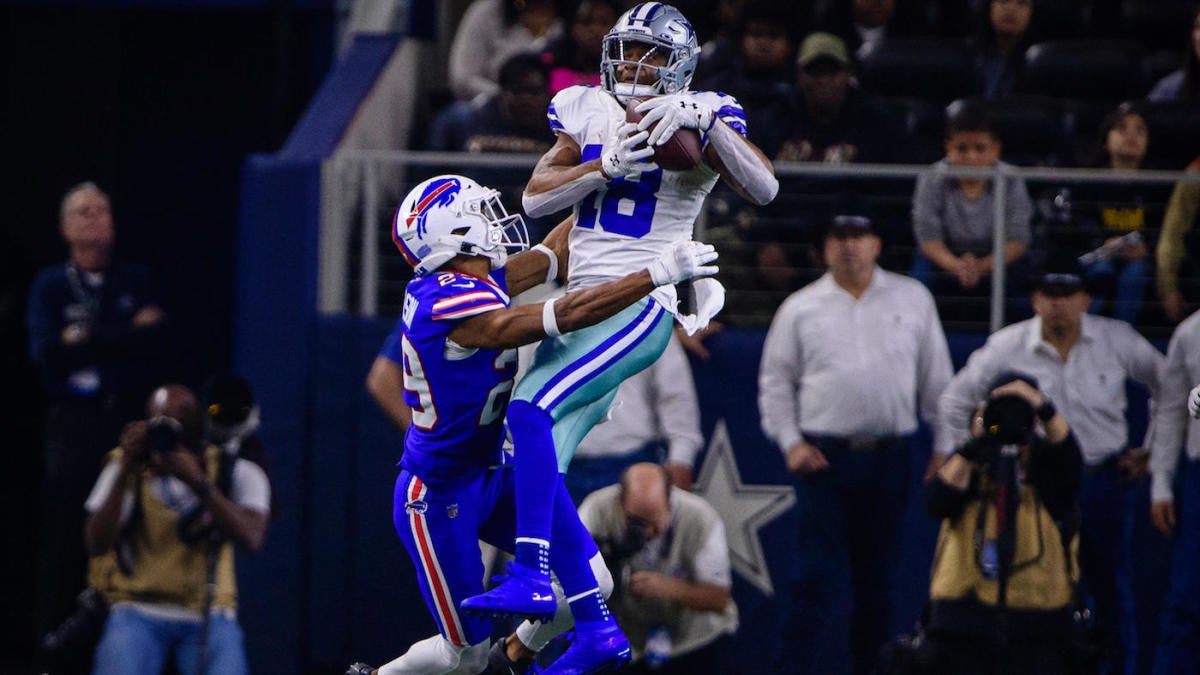 Now that the Dallas Cowboys have their man with Mike McCarthy having been officially introduced as the ninth head coach in the storied history of the franchise, the next several steps for the offseason can again ascend the totem. McCarthy is hard at work nailing down what’s already being viewed as one of the more impressive coaching staffs in the NFL, but awaiting his influence are looming contracts that will have a big impact on the 2020 season — both on the field and regarding the team’s salary cap.

There are the top three that need to be sorted out, but quarterback Dak Prescott is most assuredly not going anywhere and will either finally sign an extension or be franchise-tagged. The same is likely true of Amari Cooper, and then there’s discussions that will soon begin between Byron Jones and the club. Lost in the sauce of this Big Three is Pro Bowl wide receiver Randall Cobb, who signed with the Cowboys on a one-year, $5 million deal in 2019, and will hit unrestricted free agency in a few weeks for the second time in two consecutive off-seasons.

So, will he stay or will he go?

The answer to that question was never truly made clear following the conclusion to the disappointing 8-8 season, but when I asked Cobb specifically about his intentions for 2020, he had nothing but praise for the Cowboys and the City of Dallas as a whole.

“I’ve enjoyed every minute of being here [in Dallas],” Cobb told me. “I love these guys in the locker room — going to work with them every day was a lot of fun. We had our ups and downs and we continued to fight through everything that we went through. I really enjoyed every moment. I think my wife and my family did as well.

He did, however, stop short of pulling a “Prescott”, “Cooper” or “Jones” — the three making their want of remaining in Dallas deathly clear on multiple occasions.

To be fair, the frustration of the moment was evident on Cobb’s face as I posed the question to him only moments after the team found out their blowout victory over the rival Washington Redskins was for naught, because they were officially pushed out of the playoff picture by the Philadelphia Eagles having defeated the New York Giants that same afternoon. Also floating throughout the locker room was a dark mist fueled by the uncertainty of Jason Garrett’s future with the club, and Cobb — nor anyone, for that matter — had any clue who the next head coach would be.

One week later, that question was answered with the potency of a meteor strike, with McCarthy being named Garrett’s successor and quickly bringing in bright football coaching minds while retaining offensive coordinator Kellen Moore in the process. Under Moore, Cobb enjoyed his highest production tally since nearly the 2014 season (828) — save for one additional yard in 2015 (829) — and he might’ve scraped the 1,000-yard mark if not for a rash of drops that plagued him in 2019.

Cobb reeled in only 55 of his 83 targets last season — a talking point the Cowboys will mention in coming talks to help ensure the price remains right — but when the ball was in his hands, he proved himself an upgrade over Cole Beasley, who himself had a resurgent season with the Buffalo Bills. With wide receivers coach Sanjay Lal now fired, and his former longtime Green Bay Packers coach calling the shots, there’s suddenly a lot of motivation for Cobb to stay put in North Texas.

After all, it was McCarthy who selected Cobb in the second round of the 2011 NFL Draft and helped him become one of the best receivers in the league. From there, he was forced to battle through the absence of an injured Aaron Rodgers in 2017 — forcing him to produce with Brett Hundley at quarterback — and injury of his own in 2018 that curbed his production on the back end of his career in Wisconsin.

Having come on strong in the middle of the 2019 season and again on the back end, while the Cowboys would like to see more consistency from Cobb, what they did see was enough to offer him a chance at returning. McCarthy won’t blink twice at doing just that, as evidenced by the two exchanging smiles and hugs after McCarthy’s press conference on Wednesday.

“It’s great to see smiling Randall over there”, McCarthy said with while wearing an ear-to-ear grin of his own, during a description of why family and football are important. “He still looks like he’s 20 years old when he arrived in Green Bay.”

For the justifiable ire over Cobb’s drops in 2019, there’s also praise in seeing his 15.1 yards per catch mark a career-best for him, and while he’s never been the most sure-handed receiver in the league; the 29-year-old has shown he still has the ability to take over a game. Maybe the new wide receivers coach, whomever that may be, can help stop the drop epidemic that plagued not only Cobb, but nearly every receiver in Dallas last season but, at worst, a reunion with McCarthy could and likely will be enough fuel for another key turn.

And at a[nother] reasonable salary, no less.

“I didn’t want you to get home sick around here,” owner Jerry Jones told Cobb following McCarthy’s presser, having signed the receiver’s former coach to a five-year deal.

That sounds like a general manager who has absolutely no intentions of letting Cobb walk this offseason, and might’ve now done enough to keep him right where he is. For Cobb, the decision boils down to reading the market and making a decision that could see him walk away from the Cowboys just as they turn the corner, but his goal in signing one year ago was to help them do just that.

With McCarthy now at the head of the table, Lal gone and things seemingly falling into place in Dallas, it’ll be difficult for Cobb to pack up and leave.