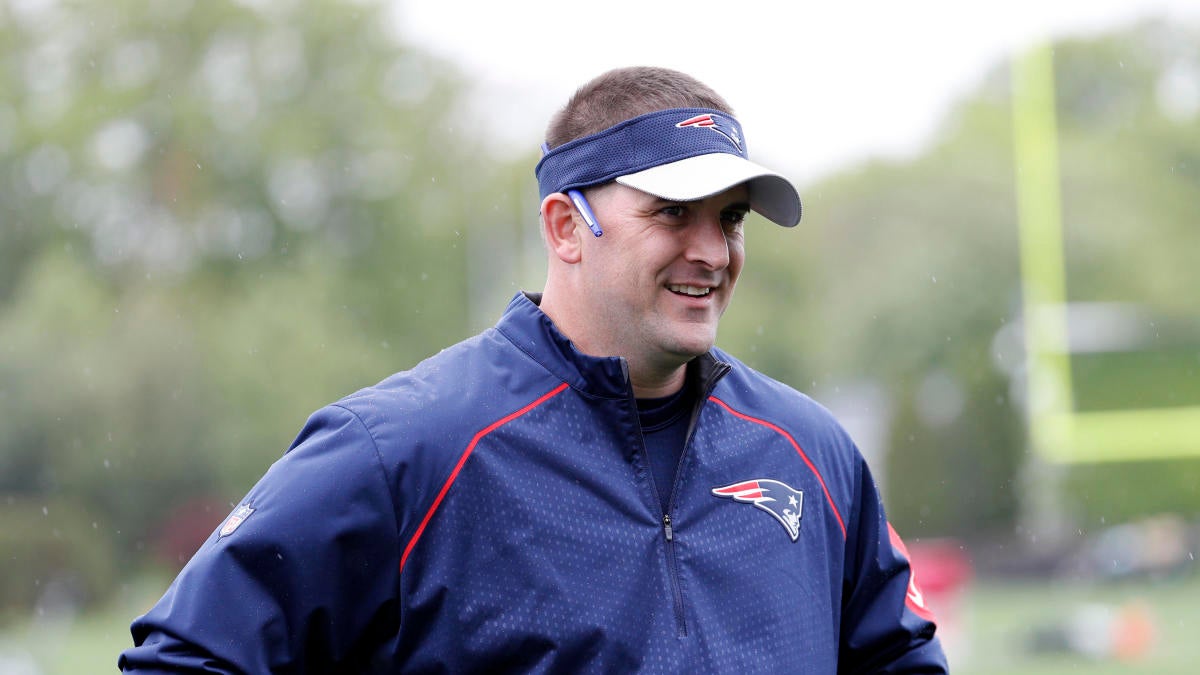 The Joe Judge era for the New York Giants began on Thursday, and it was ushered in by a fiery speech from the new lead man. Judge wasn’t one of the more highly-touted coaching prospects in this year’s carousel, but it’s clear that he won the room in his first public appearance representing his new team.

A Mississippi State graduate who attended Lansdale Catholic in the Philly area, the 38-year-old is best known for his eight years with the Patriots, with whom he won three Super Bowl rings. Before that, he worked on Nick Saban’s coaching staff at Alabama. Fresh off a 2019 season in which he guided New England’s special-teams unit to a top-10 finish in kick and punt coverage while also coaching the club’s wide receivers, Judge originally joined the team in 2012 as a special teams assistant. Three years into his Pats career, he was promoted to special teams coordinator, where he oversaw units that helped New England capture Lombardi Trophies in 2016 and 2018.

Below, we will recap the important takeaways from Judge’s introductory press conference, and highlight how he plans to get the Giants back on track.

If you aren’t sold on Judge just because he was a special teams coordinator for one of the best teams in the NFL, you should know that he’s worked under two of the best minds in football. He spent eight seasons with Belichick working with special teams and wide receivers, and also worked under Alabama head coach Nick Saban for three seasons as the Crimson Tide’s special teams assistant. He was around for two national championships — bringing his ring total up to five.

“When you work with those guys, there’s always an opportunity learn lessons,” said Judge. “There wasn’t a day I went to work that I didn’t come away with a full education. There are people who would pay to sit in meetings with them. What I learned from coach Saban was it’s important to address everybody not on what they have to do, but how it should look, what we’re going to do to get there and how it’s important.”

“What I learned from Coach Belichick was real simple: Be flexible within your personnel. Don’t try to shove round pegs into square holes. Figure out what you have. Let them play to their strengths. Don’t sit in a meeting and tell me what you don’t have in a player. Tell me what they can do and then we’ll figure it out as coaches, because that’s our job; how we can use that.”

This is arguably the key takeaway from the entire presser — Judge wants to be flexible with his personnel. This is something that has haunted the Giants over the last four seasons with Ben McAdoo and Pat Shurmur often looking to fit the personnel to their specific scheme. In this specific case, the Patriots way, something Judge has clearly determined to be extremely important, is to remain flexible from a personnel standpoint.

Judge also explained how he has experience as an evaluator, and how he will be able to easily transition to having more say when it comes to building a roster.

“Leading into the draft, I studied every player in the draft as a player and athlete,” said Judge. “I wanted to know how they moved. Stiff in the hips, straight-line speed guy, do they use their hands, what kind of short-area quickness do they have — I want to know what kind of athlete this guy is and can we use his skill set to our advantage.”

2. Judge wants an old school mentality and a winning culture

Like every coach does in their introductory press conference, Judge spent a considerable amount of time addressing what kind of coach he is going to be and what kind of culture he’s going to foster. Thursday’s press conference was different, however. With all of the internal problems the Giants have had over the past couple of seasons, Judge made sure to get his point across that he won’t stand for divas in his locker room. Judge said he connected with ownership during his interview when they discussed “discipline on the team” and “holding players accountable.”

Judge made it very clear that he has an “old school mentality.” He expects his team to be fundamentally and situationally sound and have the ability to punch you in the nose. His players are not going to make mistakes that are going to lead to them beating themselves, and the only culture that he wants in the building is “winning.”

Judge understands what the “New York mentality” is, and he wants to use that when it comes to building his team. He wants the fans to be proud of the team they support, and he spoke about that on Thursday.

“What this team is going to look like — I want this team to reflect this area,” said Judge. “I want the people that pay their hard-earned money in the neighborhoods of New York, North Jersey, South Jersey to come to our games and know that the players on the field play with the same attitude they wake up with every morning. That is blue collar, it’s hard work, it’s in your face, we’re not going to back down from anybody, we’re going to come to work every day and grind it out the way they do in their jobs every day. And they can invest their money in our program knowing it’s worthwhile — they put a Giants uniform on, they put a Giants hat or jersey on — that it’s not representing just the 53 on the field, but it’s representing their neighborhoods, their communities and their families with the values that they instilled in their children.”

4. What Judge wants from his assistant coaches: ‘Teachers, not professors’

Judge wants his staff to be comprised of personnel who know how to relate to players and can get the most out of them.

“I want teachers, not professors,” Judge said. “I don’t want someone who can get fancy in front of a screen. I want someone who can demonstrate the work ethic of what it’s going to take to be successful day in and day out. The margins of the error in this league are too small. You cannot get by with some scheme or gimmick.”

Judge says that, “teaching is just to inspire learning,” and that the Giants will have to identify how their players learn. He also says that every player in the locker room is going to get guidance, and that they will not leave anyone behind.

5. Judge will not serve as a coordinator

Special teams coordinators are a rare breed, and when they take over as a head coach, they will usually keep that title or even move on to commands the offensive or defensive side of the ball. Judge says that will not be the case when it comes to his move to head coach.

“All three systems — our philosophy is going to be about putting pressure on our opponents to prepare for multiple things. We need flexibility schematically.”

This is something CBS Sports’ Dan Schneier will be excited to hear, since it coincides with his seven-step plan to fix the Giants.

Most NFL teams are moving away from physical practices in an effort to stay healthy, but Judge believes it’s paramount to establishing team chemistry and preparing for Sundays. He also believes that practicing tackling, during padded practices, can actually help players ensure safety on Sundays. In other words, if they don’t practice these fundamentals during the week, how can they be expected to execute them on Sundays?

7. The Daniel Jones question: Judge does not want to isolate one player

During his introductory press conference, Judge was asked about quarterback Daniel Jones. The rookie proved he was the future under center after throwing for 3,027 yards, 24 touchdowns and 12 interceptions in 13 games, and was one of the bright spots in an otherwise forgettable 2019 campaign. It appeared to be a slow-pitch question that Judge could easily knock out of the park, but he virtually blew off the question.

After the press conference, Art Stapleton of USA Today circled back with Judge to ask about the Jones question, since he came off as somewhat reluctant to speak on his new quarterback.

“Do not read into that at all. Are you kidding me?” Judge said, via Stapleton. “I’m excited about every player on our roster. What I don’t want to do is sit here and isolate one player, which creates questions for other players. And what you say about one you take away from another, so I want to be very clear: I’m excited about every player on our roster. Every single player on our roster. I want to make sure I do my due diligence and my homework to make sure they get a clear evaluation before I stand in front of the world and make an analysis on them that may not be accurate, or that I change my mind in three days after watching all the tape.”