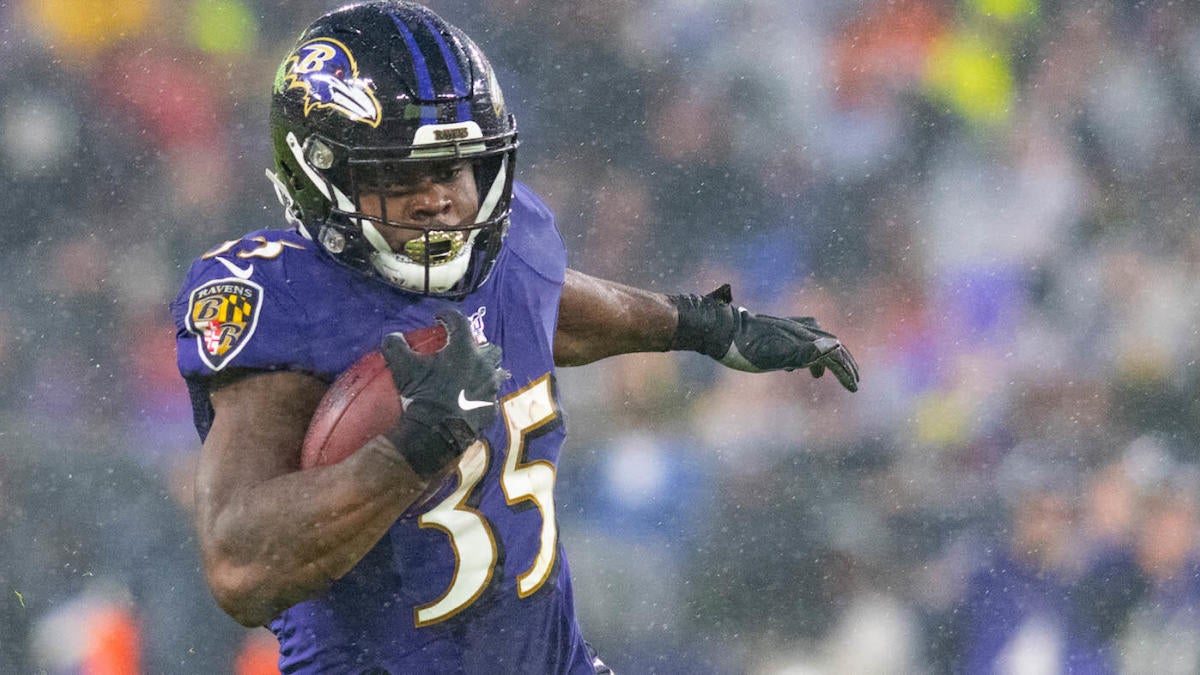 As the Baltimore Ravens are days away from their AFC divisional playoff showdown against the Tennessee Titans, the status of No. 1 running back Mark Ingram is still up in the air. Ingram is considered “day-to-day” with a calf injury suffered in Week 16 and his status is up in the air for Saturday.

While the Ravens will miss Ingram and his production to the offense (1,018 yards, 10 touchdowns in 15 games), Baltimore does have a fallback option in backup Gus Edwards. The Ravens No. 2 running back is ready in case Ingram can’t play Saturday as Baltimore isn’t expected to miss a beat with him carrying the ball.

“I’m prepared for whatever they give me. I’m hoping it’s a lot,” Edwards said, via the Ravens website. “I like to carry the ball. I’ve just got to get my mind ready, my body ready, and I’ll be ready when my name is called.”

Edwards was productive last year as a rookie, rushing for 718 yards and averaging 5.2 yards per carry. Edwards led the Ravens in rushing despite playing just 11 games, having three 100-yard games in Baltimore’s final seven contests. All of those games came while Lamar Jackson was the starting quarterback.

While Jackson is clearly the engine that makes the Ravens’ rushing attack go, Baltimore’s run offense is a well-oiled machine. The Ravens averaged 206 rushing yards a game and 5.5 yards per carry. The Ravens set the NFL record for most rushing yards in a season with 3,296, part of what made them the NFL’s No. 1 offense in points (33.2) and No. 2 in yards (407.6).

Regardless if it’s Ingram or Edwards, the Ravens offense should be just as productive on the ground.

“I like to take every rep with that mindset that it’s my opportunity to show what I can do,” Edwards said. “It’s unfortunate what Mark is going through right now. But I’ve got to step up. That’s why I’m here. I’m here to make plays and run the ball and help my team win games.”