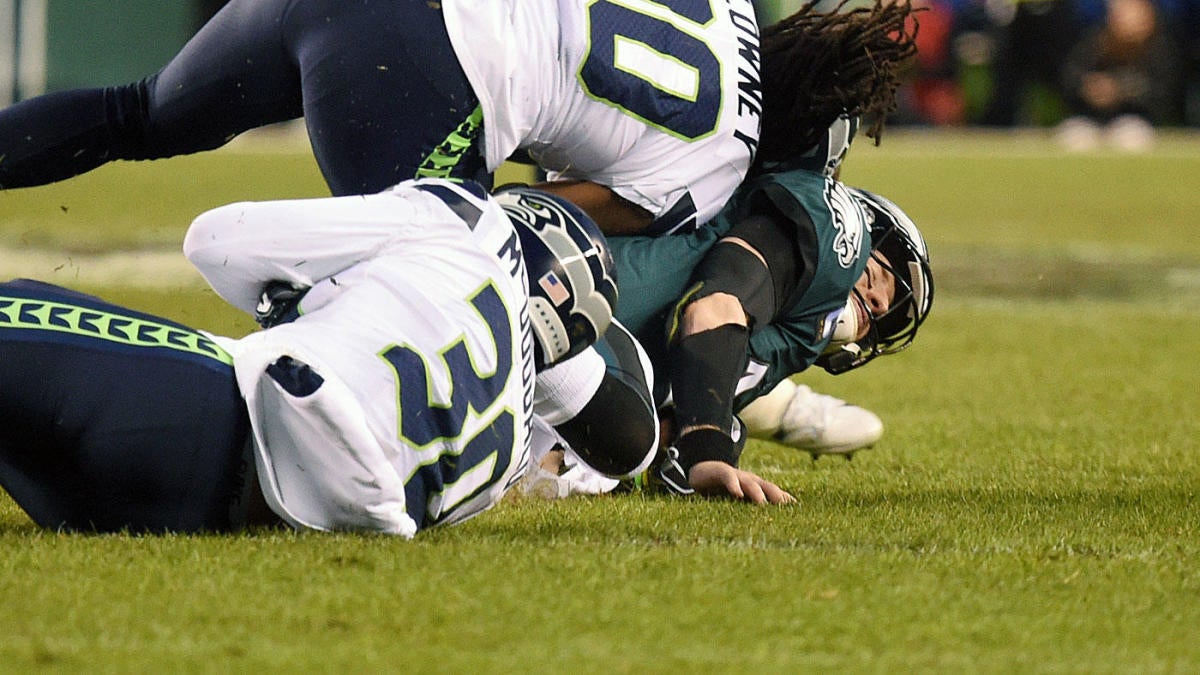 Carson Wentz’s head injury was severe enough to knock him out of Sunday’s wild card playoff loss to the Seattle Seahawks, but the Philadelphia Eagles quarterback would not have missed much time if the Eagles advanced.

Per a report from NBC Sports Philadelphia’s Derrick Gunn, Wentz cleared most of the concussion protocol levels by Tuesday (two days after the loss) and had one more hurdle to clear Wednesday in order to play this weekend. Wentz did clear the final stage and would have been able to play against the Green Bay Packers Sunday if the Eagles did indeed beat the Seahawks.

Wentz went just 1 of 3 for four yards passing in his postseason debut before being knocked out by Seahawks defensive end Jadeveon Clowney on a helmet-to-helmet hit that didn’t result in a 15-yard penalty. Clowney’s hit is being reviewed by the NFL as the league is taking a second look at the play. According to the NFL website, Clowney would likely only be hit with a fine.

Wentz played all 16 regular season games and led the Eagles on his own magical run to the postseason. Wentz finished completing 63.9% of his passes for 4,039 yards, 27 touchdowns and just seven interceptions. The first player to throw for 4,000 yards in a season in Eagles history, Wentz has 81 touchdowns to just 21 interceptions over the past three years.

If the Eagles would have beaten the Seahawks, who knows how far Wentz could have taken them. He’ll have to wait until next year to finally get an opportunity to finish a postseason game, an unfortunate turn of events for all Wentz had to go through just to play a playoff game of his own.