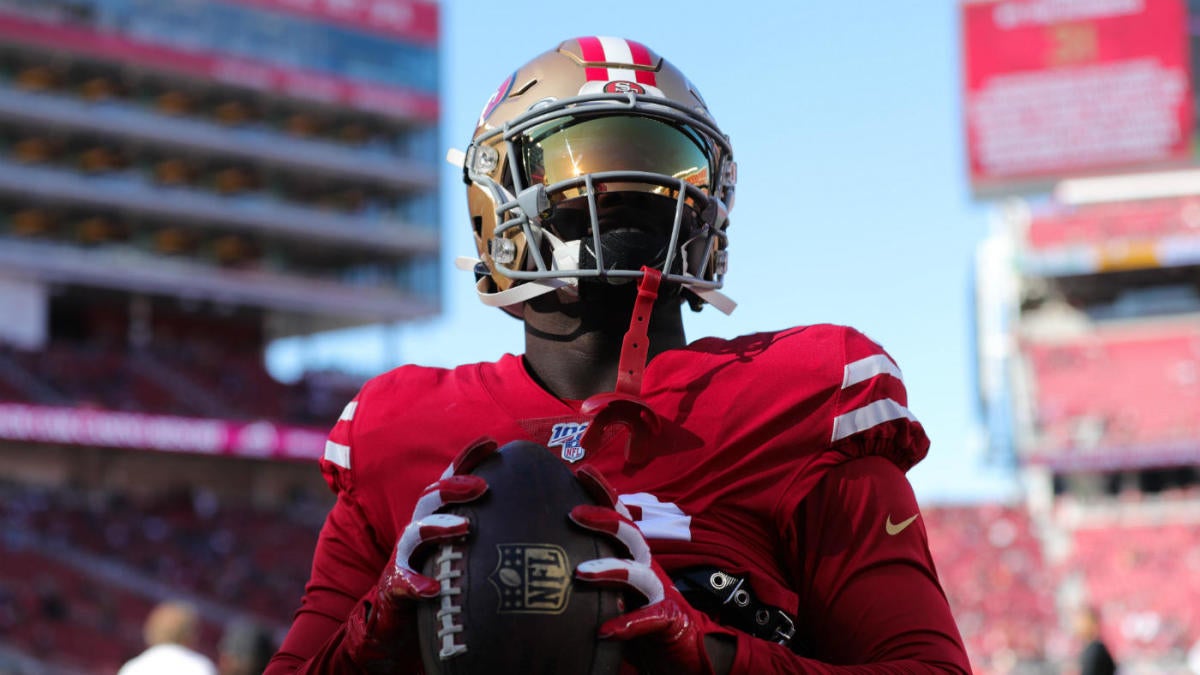 SANTA CLARA, Calif. — One of the best parts of youth is not knowing what you don’t know.

For 49ers rookie receiver Deebo Samuel, that was route-running.

Samuel, the team’s second-leading pass-catcher behind George Kittle this year, came to San Francisco as a second-round pick with speed and a knack for getting open. But the details of how to get open? That, he’s had to refine.

“In college, you’re just out there running to get open,” Samuel told me Wednesday afternoon at his locker. “You’re not thinking deep down in thought about what it takes to win on a route. You just go out there and beat the guy in front of you. At this level, they study tape just like you do at this level and the try to find tricks to stop you. You’ve got to be poised in and out of your breaks.”

Samuel became one of the most dangerous receivers in the SEC during his senior season at South Carolina in 2018. His favorite route in college was the slant — “nobody can cover it” — but really he would just find the soft spot in the defense, attack the ball and then run away from defenders.

The erosion of the route tree is an unfortunate development in the college game. Receivers today enter the league with fewer technical skills, relying mostly on their athleticism and a couple of choice routes to get them by.

Still, Samuel was talented enough to be the third receiver taken in last year’s draft, ahead of A.J. Brown and D.K. Metcalf.

“The style of game in college, there’s not as much man-to-man, it’s a lot more fast-tempo,” 49ers coach Kyle Shanahan said this week. “There’s huge zones with where the hashes are. It is very hard to get good at route-running, especially when you’ve got some of these guys who are pretty talented with the ball in their hands.

“Working on the routes so much in college is kind of a waste of time. They’re just going against zone, just get them open in the zone, have them run. It’s almost like a fast-break basketball. When you get that, guys are sloppy a little bit on their routes, which Deebo was because he didn’t have much experience.”

Early in offseason workouts, Samuel impressed teammates like safety Jimmie Ward, who still held his breath to see if Samuel could keep it up once the pads came on.

“A lot of guys can be All-Stars in OTAs,” Ward says, “but when you put those pads on and you know you can get hit, are you going to hold onto that ball and get [yards after catch]? And that’s one thing Deebo does a great job at.”

But getting reps with starting quarterback Jimmy Garoppolo was difficult early for a rookie working his way up the depth chart. Over time he learned the playbook, then rhythm with Garoppolo, then how to be a better route-runner in this league.

Samuel’s 802 receiving yards ranks behind Kittle for most on the team and ahead of Emmanuel Sanders‘s 502 yards for most among San Francisco wide receivers. His hot play of late — as well as facing a banged-up Vikings secondary — could make Samuel the X-factor in Saturday’s divisional-round tilt against Minnesota.

If he had to learn better technique on routes, what has carried over into the pros is his ability to run after the catch. Sanders pointed out how well Samuel attacks the ball and runs with it. Samuel’s 473 yards after catch this season are in the top-15 in the league.

And that talent has been ingrained in him for years.

“Ain’t no secret. It’s just a mindset,” Samuel says. “I was always taught by my dad don’t let one guy bring you down and every time you get the ball try to put it in the end zone. That’s always been my mindset.”