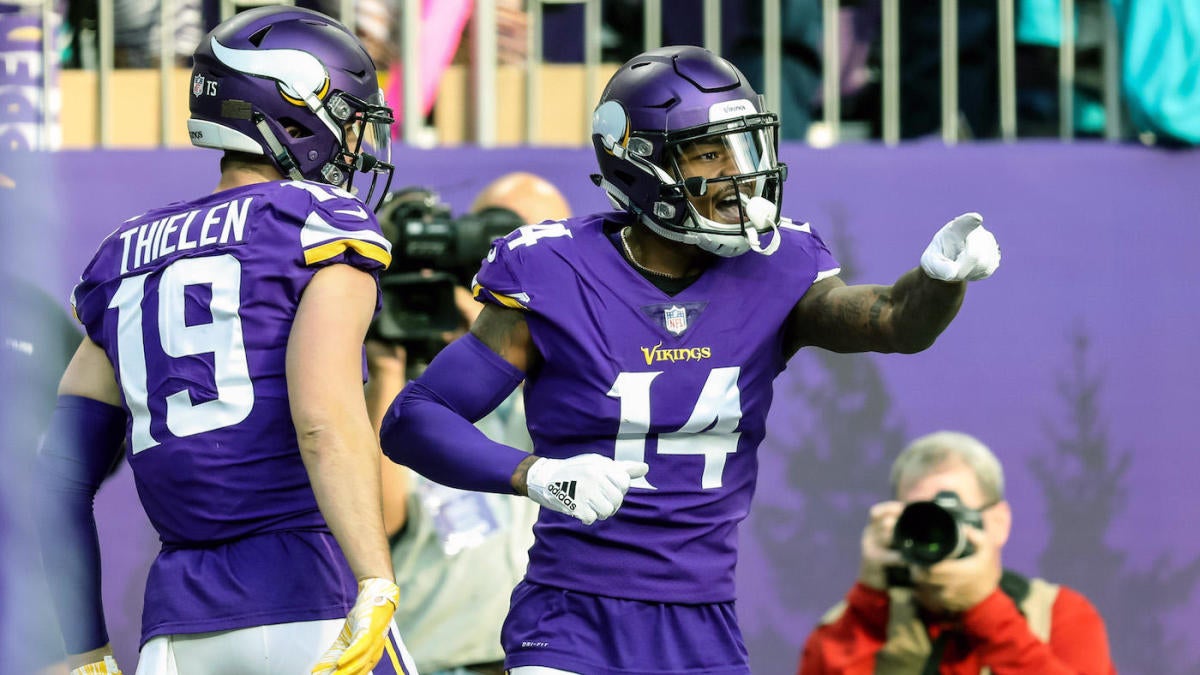 The Minnesota Vikings registered a huge, 26-20 overtime victory over the New Orleans Saints to advance to the divisional round, but two of their most important offensive weapons could be dealing with injuries when they take the field in San Francisco to take on the 49ers this Saturday.

For the second straight day, wide receiver Stefon Diggs missed practice with an illness, while fellow wideout Adam Thielen was added to the injury report with an ankle injury. According to Chris Tomasson of the St. Paul Pioneer Press, Vikings head coach Mike Zimmer is optimistic that Diggs will be fine for Saturday, and that he’s just “sick.”

Diggs caught two passes for 19 yards on Sunday, but both were big catches that resulted in first downs on scoring drives. He also rushed two times for eight yards.

The two-time Pro Bowl wideout played a big role for the Vikings in the win over the Saints last week, as he caught a team-high seven passes for 129 yards. He rebounded from fumbling on the opening drive of the game to catch a 43-yard pass in overtime which got Minnesota down to the 2-yard line. Three plays later, Kirk Cousins hit tight end Kyle Rudolph in the corner of the end zone for the game-winning score.

The Vikings need both Diggs and Thielen if they want to upset the No. 1 seed 49ers on Saturday, and it doesn’t seem as though Zimmer is worried about the possibility of them being inactive.