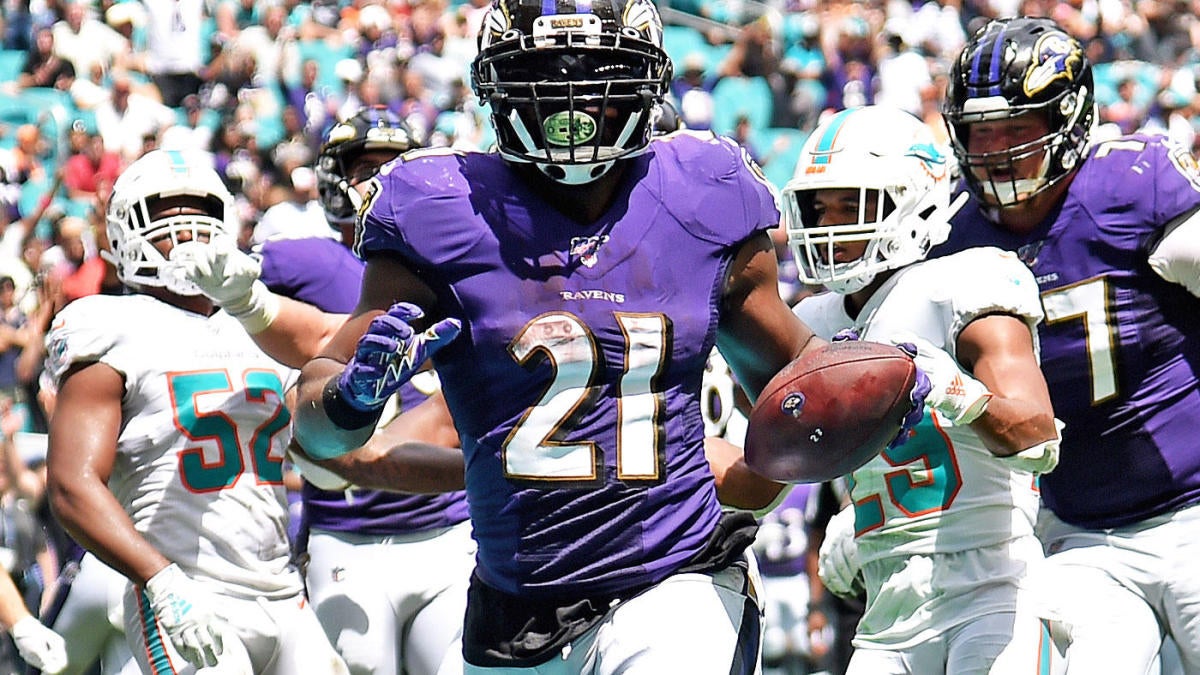 The Baltimore Ravens averaged a league-high 201.6 rushing yards per game in the regular season, but they might be without their starting running back for Saturday’s divisional round showdown with the Tennessee Titans. Despite having the last two weeks off to rest, Mark Ingram has missed practice on both Tuesday and Wednesday due to a calf injury he sustained in Week 16.

According to NFL Network’s Ian Rapoport, Ingram “felt some tightness” and “pulled back to avoid re-injury” on Tuesday. Rapoport did add that Ingram “has a chance to play” on Saturday. When Ravens head coach John Harbaugh was asked about his status, he declined to comment.

Last Friday, Harbaugh said he expected Ingram to be full speed in practice this week, but that obviously has not happened. With Baltimore’s first postseason game just three days away, his status for Saturday is in question.

“It’s day to day, so we’ll see,” offensive coordinator Greg Roman said, via the Ravens’ official website. “But that’s how it is in this league. You just have to be ready to adapt and adjust as it happens, like in the course of a game.”

Ingram rushed for 1,018 yards and 10 touchdowns this season, which is second on the team behind quarterback Lamar Jackson. It marked the third time Ingram had rushed for at least 1,000 yards in a season in his nine years in the league.

If Ingram cannot go this weekend, expect Gus Edwards to take his place in the starting lineup.

“I’m prepared for whatever they give me. I’m hoping it’s a lot,” Edwards said. “I like to carry the ball. I’ve just got to get my mind ready, my body ready and I’ll be ready when my name is called.”

The second-year running back rushed for 711 yards and two touchdowns on 133 carries this season. Last year, he became the first Baltimore rookie to rush for more than 100 yards in consecutive games since Jamal Lewis did it back in 2000.

Ingram being inactive on Saturday would obviously not be ideal for Baltimore, but the Ravens have capable replacements in both Edwards and rookie Justice Hill.