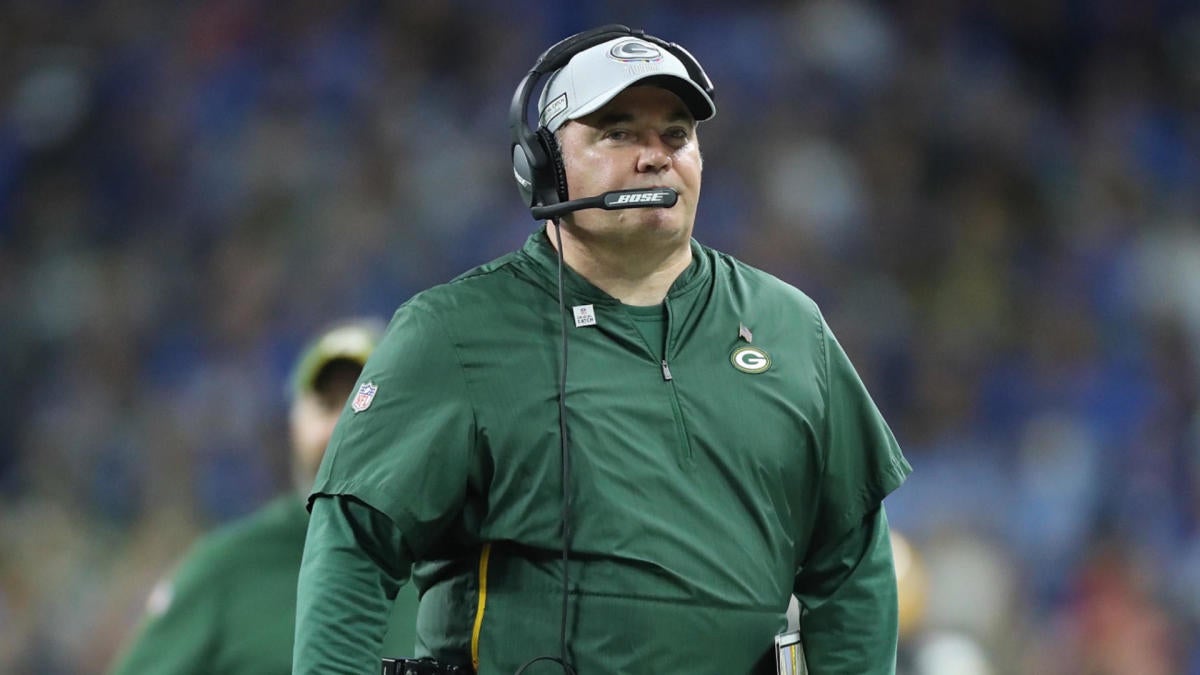 It’s officially official. Mike McCarthy is the ninth head coach in the history of the Dallas Cowboys, and the first in NFL history to pilot both the Cowboys and the Green Bay Packers. McCarthy took to the podium on Wednesday, Jan. 8 — flanked by owner Jerry Jones and team exec Stephen Jones from the team’s headquarters in Frisco, Texas — and he instantly became the antithesis of Jason Garrett in the process.

The usually predictable retorts from Garrett have now been replaced with an off-the-cuff McCarthy, who stole the show from even the elder Jones himself. That’s no easy feat to accomplish, but it hints at a regime change that will see an alpha personality in McCarthy take the reins going forward. After taking a year off from coaching to evolve before jumping back into the fray, the 56-year-old is as humbled as he is starving to get to work.

“This past year has been a year about reflection,” he said, fighting back tears. “My wife said I wouldn’t make it to 10 words, and I think that’s about six. …I do need to tell a story about Saturday night — when I was here on the interview. Here I am sitting across the table from Stephen, Jerry Jones, [Chief Sales and Marketing Officer Jerry Jones, Jr.], [vice president of player personnel] Will McClay, and Jerry [Jones Sr.] is telling a story about the purchase of the Cowboys, and the end of the story — he leans over to me and shakes my hand, and says ‘you need to be the coach of the Dallas Cowboys.’

“I jumped up and hugged him. And I’ll stop right there. We had a hell of a time. That’s a moment, and that’s a story I’ll be telling the rest of my life.

“I can’t tell you how thrilled my family and I are to be here. …To be the steward of this historic [Cowboys] franchise — I’m really looking forward to doing that.”

The elder Jones noted his decision to select McCarthy, and swiftly, was because the organization wanted a “proven winner and team-builder at the highest level,” and that the former Packers head coach “checked those boxes.” An emotional McCarthy was masterful in how he addressed the media, genuine in how he nervously stammered over words to make his point thanks to his appreciation of the moment, but also infused humor into the equation by going full Ricky Bobby in “Talladega Nights” and declaring he “didn’t know where to put his hands” while he spoke — noting he’s unaccustomed to holding a press conference at a table.

Needless to say, the entire room erupted with laughter.

While McCarthy entranced media in ways not seen since the days of Bill Parcells, he also wanted to make a few things clear regarding football logistics, as he builds his staff for the 2020 season; and as I’ve reported, the Cowboys are giving McCarthy carte blanche to select who stays, who goes and who gets brought in. With the expectation in place the team will see the return of offensive coordinator Kellen Moore, the Cowboys hope the creativity of Moore will combine with the experience of McCarthy to make for a potent offensive hybrid mind — play-calling duties themselves to be determined.

“I thought Kellen did an excellent job, especially for being in Year 1 as a coordinator,” McCarthy said of Moore. “The numbers speak for themselves. What he did with that offense is very impressive.”

Moore flipped the Cowboys offense from one of the worst in the league to the literal best, and McCarthy wants the talented 31-year-old by his side, and that should help Moore avoid replicating growing pains in Year 2.

The next question was rooted in McCarthy’s plan for both Dak Prescott and Ezekiel Elliott, and although the former is currently a free agent awaiting either an extension or a franchise tag — one of which is guaranteed to land in a few weeks — McCarthy spoke of Prescott in the definitive, leaving zero room for doubt when it comes to plans that include locking down Prescott for the foreseeable future.

“I think what Dak has done so far is very impressive,” McCarthy said empathically. “He has an incredible foundation, and our system is built around making the QB successful. …We have a great one here to work with.”

To be clear, however, building around Prescott doesn’t mean McCarthy is looking to lessen the size of the meal for Elliott.

“First off — Zeke is going to get the football,” he said. “The best way to make the QB successful is a great run game.”

He then switched gears and made sure to address the importance of special teams, which is something that’s plagued the Cowboys as of late, it being perfectly apropos to describe it as utterly abysmal. The decision to steal away special teams coordinator John Fassel from the Los Angeles Rams is justifiably being viewed as a massive upgrade over Keith O’Quinn, and points the needle due north for the Cowboys in that area for 2020. With Mike Nolan set to take over as defensive coordinator, there are questions surrounding if the team will remain in their current 4-3 scheme or swap to 3-4, but McCarthy declined to answer those inquiries prior to having finalized his staff.

All in all, it’s a seemingly improved McCarthy ready to embrace analytics but to balance it with film, and one who also made sure to note how classy Garrett has been throughout this process. Jerry Jones noted when Jason Garrett was informed the team would interview McCarthy, Garrett didn’t blink before offering praise, telling Jones he wouldn’t find a better person to bring in.

With Garrett now gone and McCarthy in, there was only one thing left to determine before the Cowboys ended the well-received introduction to their new head coach.

Did Dez Bryant catch the ball in the NFC Divisional Round at Lambeau Field in 2014?

“That was one hell of an athletic play,” he said with a belly full of nervous laughter. “…I asked the question to the [NFL official] to see what the rule was, and based on his answer, I challenged it. I think it was clearly the technical rule at that time, but Stephen got it changed that summer in the competition committee.”

And with that confession, McCarthy passed his Cowboys initiation.