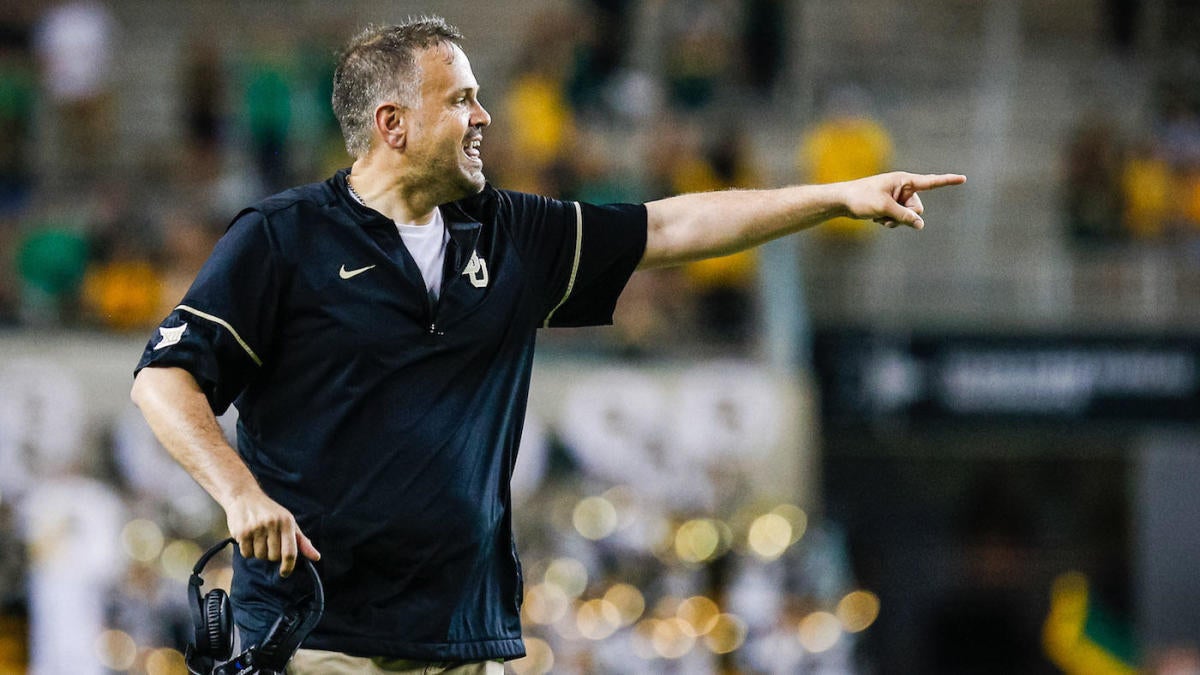 If the Panthers proved one thing this week, it’s that they definitely have a lot of faith in new head coach Matt Rhule, and we know that, because Carolina gave him what’s believed to be the largest contract ever given to a first-time NFL coach.

To steal Rhule away from Baylor, Panthers owner David Tepper basically made the long-time college coach an offer he couldn’t refuse. According to ESPN.com, Rhule was given a seven-year deal that could be worth up to $70 million if he meets every incentive in his contact. As for the base salary of the deal, Rhule will be getting $62 million over the next seven seasons, which means the Panthers will be paying him $8.86 million per year from now thru the 2026 season, according to NFL.com.

The Panthers gave Rhule so much money that the Giants took a pass on Tuesday when they were given a chance to match the offer. Rhule’s new salary instantly makes him the sixth-highest paid coach in the NFL. Although he’s still yet to coach a down in the league, Rhule is already making more money than multiple coaches who have been to the Super Bowl, including Andy Reid and Sean McVay. Rhule is also making more money than at least two Super Bowl-winning coaches (Mike Tomlin and Doug Pederson).

So if Rhule is the sixth-highest paid coach, who’s making more than him?

Glad you asked. The guys over at Forbes recently compiled a list of the NFL’s highest paid coaches, and in what will probably come as a surprise to no one, Bill Belichick is at the top.

Here’s a look at the 10 highest-paid coaches in the NFL. One thing to keep in mind with this list is that exact coaching salaries can sometimes be hard to pin down. For instance, there’s a belief that Belichick might make as much as $12.5 million (or even more), but no one knows for sure, because the Patriots have been notoriously secretive about their contract with him. According to Pro Football Talk, there could be coaches making as much as $15 million per year when you include other forms of compensation.

For now, here’s the top-10 list based on the most accurate information available, and as you’ll notice, everyone in the top-10 — except for Rhule — has been to a Super Bowl, and six of the coaches on the list have won a Super Bowl.