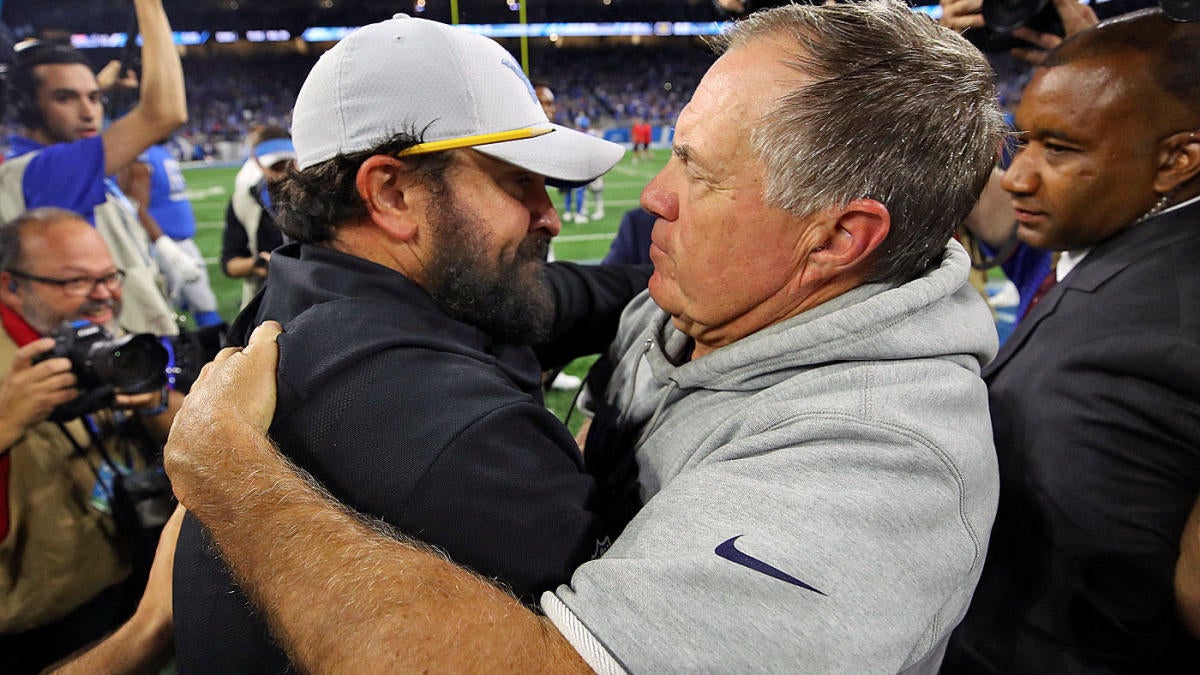 When you’ve been around the NFL for as long as Bill Belichick has, you’re bound to have some influence on organizations outside of the one you coach for.

Over the years, Belichick has seen a number of former assistants try to head out on their own and create their own head coaching path. The most notable, of course, comes from his time in Cleveland when he hired Nick Saban, who went on to become the greatest head coach college football has ever seen. Speaking on his time with the New England Patriots, Belichick did see a wave of assistants try to go out on their own early on in the dynasty with Romeo Crennel, Charlie Weis, Eric Mangini and even Josh McDaniels, but it had taken a bit of a lull after that.

Now, there’s been a renaissance of sorts with many clubs looking at coaches that have been around Belichick at some point in their football upbringing. The latest in that regard is special teams coordinator Joe Judge, who was just hired as the next head coach of the Giants. His arrival in New York now makes it six NFL head coaches that once either worked under or even played for Belichick.

Below we highlight all the current NFL head coaches in the Bill Belichick tree and preview a few more that could join this group in the next few years.

Bill O’Brien (Houston Texans): O’Brien is the longest-tenured NFL head coach out of this group, taking the Houston Texans job in 2014 after spending 2007-11 with New England under Belichick. He wore a number of different hats as a member of the Patriots, but was promoted to offensive coordinator in 2011, his final year with the organization before taking the Penn State head coaching job. As an NFL head coach, O’Brien has a career record of 54-47. He’s 52-44 in the regular season and 2-3 in the playoffs.

Matt Patricia (Detroit Lions): Matt Patricia was with the New England Patriots dating back to 2004 when he signed on as an offensive assistant. He rose through the ranks on the defensive side of the ball and ultimately was the team’s defensive coordinator from 2012-2017. Patricia departed for the Detroit Lions head coaching job back in 2018 and even beat Belichick in their lone head-to-head matchup in Week 3 of his first year in the Motor City. His future in Detroit is a bit murky as it appears like his seat will be pretty hot heading into 2020 after a 9-22-1 record in his first two seasons.

Brian Flores (Miami Dolphins): Prior to Joe Judge departing for New York, Brian Flores was the latest former Patriots assistant to jump into the head coaching realm. Flores was looked at as a promising head coaching prospect in his final few years in New England and seemed to display that potential with Miami this season. Flores took an inferior Dolphins roster (one that many assumed would rival for the No. 1 overall pick) and turned them into a scrappy 5-11 team. Their last win of the season also came at the expense of Flores’ former team in the Patriots as that loss dropped them down to the No. 3 seed. It was a strong first season for Flores and the Patriots will get an up-close look to see how he develops within the AFC East.

Mike Vrabel (Tennessee Titans): Mike Vrabel is the first former player to face Bill Belichick as a head coach. The ex-linebacker played in New England from 2001-08 and served as a backbone for three Super Bowl winning teams. While he didn’t come through the Patriots organization during his come up as a coach, he did have some Patriots influence working with Bill O’Brien as his linebackers coach and defensive coordinator. He was hired by Tennessee in 2018 and has been pretty successful. He just booted New England out the playoffs — while showing off some shrewd Belichick-ian clock management — for his first postseason win and has a 19-14 career coaching record.

Joe Judge (New York Giants): Joe Judge was just hired to be the next head coach of the New York Giants. He was with the Patriots organization ever since Bill Belichick plucked him off Nick Saban’s staff at Alabama in 2012. Judge has risen through the coaching ranks on the Patriots staff primarily via the special teams. On top of being the special teams coordinator, Judge also took over as the wide receivers coach in 2019. Now that he’s heading to New York, we’ll get to see what he looks like leading an NFL franchise.

Kliff Kingsbury (Arizona Cardinals): Kingsbury falls into the Mike Vrabel category of former Bill Belichick players that have turned into a head coach. With that said, Kingsbury admittedly didn’t have a tenure in Foxborough similar to Vrabel. The former quarterback was drafted in the sixth round of the 2003 NFL Draft and spent that lone rookie season with the Patriots before being cut in September of 2004. He began his coaching career in 2008 and became a first time head coach with Texans Tech in 2013. He spent six seasons at that post before accepting the Arizona Cardinals head coaching job this season. Arizona went 5-10-1 over the course of the regular season, but do have promise going forward with quarterback Kyler Murray and Kingsbury’s high-flying offense. The Patriots also host the Cardinals in 2020, so a head-to-head matchup between Kingsbury and Belichick is on the way.

Josh McDaniels (offensive coordinator, New England Patriots): McDaniels could join that list above as early as this offseason. He’s in the running for the Cleveland Browns head coaching job, so his Patriots future is at real risk. Of course, this wouldn’t be the first time that McDaniels has left or nearly left the organization. After originally arriving in 2001 as a personnel assistant, McDaniels rose to offensive coordinator by 2005 and eventually left the Patriots for the Denver Broncos head coaching job in 2009. That tenure didn’t work out for McDaniels and was fired in 2010. He returned to the Patriots in 2012 to resume his post as the OC, but he’s been a hot coaching candidate for a while now. He nearly left for the Indianapolis Colts in 2018, but elected to stay at the last minute. Now, it seems like he could leave once again.

Brian Daboll (offensive coordinator, Buffalo Bills): Daboll was with Belichick and the Patriots from 2000-06 and then returned for a second stint in 2013-16. He was the team’s receivers coach from 2002-2006 before leaving for the New York Jets quarterback coaching job, but did return to eventually be the team’s tight end coach in 2014. Like Judge, Daboll has a coaching résumé that includes working with Bill Belichick and Nick Saban. Daboll was the offensive coordinator for the Crimson Tide for their National Championship season in 2017. From there, he joined the Buffalo Bills organization as their OC and is now in the running with Josh McDaniels for the Browns head coaching job. Even if he doesn’t get this gig, his name should start being mentioned in many of the vacancies to come in the next few years.

Kevin O’Connell (former offensive coordinator, Washington Redskins): Kevin O’Connell has taken a similar vine off the Belichick coaching tree to Kliff Kingsbury. He was also a former quarterback for the Patriots after being drafted by the club in the third round of the 2008 NFL Draft. He spent just one season in New England before being waived, but has since started to make a career out of coaching. He’s primarily been in the Washington Redskins system and was named offensive coordinator for this season. He’s currently a free agent and looking to sign on with a club as their OC, so he’s certainly a ways away from becoming a head coach. That said, he’s someone to keep an eye on in the next handful of years as Belichick continues to grow his influence in the league.

Jerod Mayo (linebackers coach, New England Patriots): Jerod Mayo just wrapped up his first season as a coach in 2019. While he’s still green, Mayo showed tremendous potential as a one-day NFL head coach. He split the defensive play-calling with Steve Belichick and the unit had tremendous success for the bulk of the season. He’ll likely spend a few more years in Foxborough before getting serious head coaching momentum, but it almost seems inevitable he’ll be interviewed at some point.

Steve Belichick (safeties coach, New England Patriots): If Bill Belichick was going to groom anyone to be a head coach in the NFL, it’d be his own son, right? Steve Belichick has been with the Patriots since 2012 when he started off as a defensive assistant. He rose to the safeties coach position in 2016 and even started to share defensive play-calling duties with Mayo this year. As long as he continues on the path, there’s no debating that Bill Belichick will have him set up for success somewhere in the league. After all, Steve already sounds like a clone of his father. If he can coach up to his caliber too, he’ll have a head coaching gig at some point in his career.