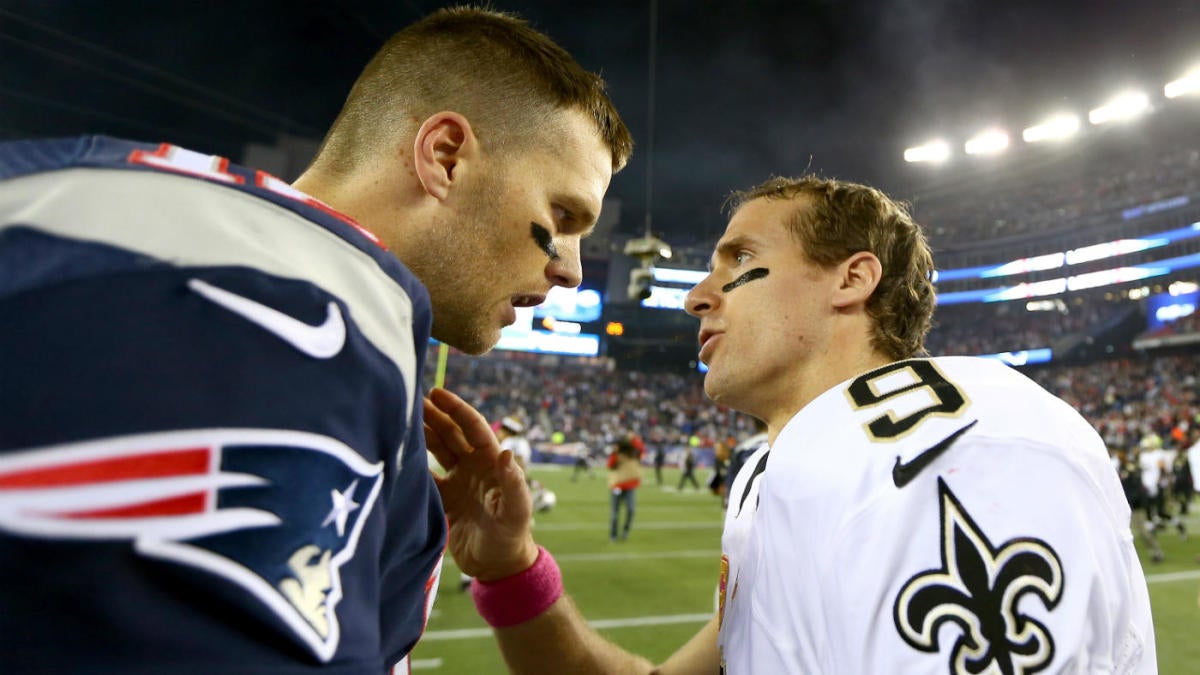 The NFL’s two oldest starting quarterbacks, Tom Brady and Drew Brees, had their seasons come to an abrupt end when the Patriots and Saints were upset in the wild-card playoff round. Brady, who will be 43 in August, called retirement “pretty unlikely” after losing to the Titans. Brees, who turns 41 on Jan. 15, wasn’t interested in discussing his future following a defeat to the Vikings. Brees reiterated he is taking his career one year at a time.

Both players have expiring contracts. Brees gave the Saints a financial break for the first time in his numerous contract dealings with the franchise in 2018 instead of exploiting his leverage by exploring potential options with other teams. He signed a two-year, $50 million contract with $27 million fully guaranteed to remain in New Orleans after limiting negotiations to just the Saints.

A 2020 contract year that automatically voids on the last day of the 2019 league year, which is March 18, was included so Brees’ bonus money could be prorated over three years instead of two. Just like in his 2016 contract extension, a clause prohibiting the Saints from designating Brees as a franchise or transition player was included.

The Saints restructured Brees’ contract last March for salary cap purposes by converting $16.2 million of Brees’ $23 million in 2019 compensation into a fully guaranteed third day of the league year roster bonus. Since the roster bonus was fully guaranteed, it was treated like signing bonus under the salary cap where it was prorated over the life of the contract. The Saints added a 2021 contract year that also automatically voids on the last day of the 2019 league year.

Brady’s contract was reworked last August to raise his 2019 salary from $15 million to $23 million. Brees’ most recent contracts with the Saints were seemingly used as a template in Brady’s renegotiation. Two contract years for 2020 and 2021 with $30 million and $32 million salaries automatically voiding on the last day of the 2019 league year were included for cap purposes, so Brady’s fully guaranteed $20.25 million roster bonus could be prorated over three years at $6.75 million annually through 2021 instead of just 2019. The renegotiated contract also contains a clause prohibiting the Patriots from designating Brady as a franchise or transition player.

Exactly how did all the new coaches wind up where they did? Brady Quinn and Ryan Wilson joined Will Brinson to break it all down on the Pick Six Podcast, listen below and be sure to subscribe for daily NFL goodness.

Father Time has finally started catching up with Brady. The four-time Super Bowl MVP wasn’t selected to the Pro Bowl for the first time in over a decade. The last time he wasn’t a Pro Bowler was in 2008 when he tore his left ACL in the season opener.

In some respects, Brady had his worst season since 2013 when he completed 60.5 percent of his passes and had an 87.3 passer rating. This season, Brady had a 60.8 completion percentage (27th in the NFL) while his passer rating was 88.0 (19th in the NFL). There were some mitigating factors. Future Hall of Fame tight end Rob Gronkowski retired after last season. There was a lack of speed on the outside at wide receiver with the failed Antonio Brown experiment and Josh Gordon’s midseason release being prompted by his well documented personal problems beginning to resurface.

Brees seemingly has more gas left in the tank than Brady. He followed up a 2018 MVP runner up campaign by nearly breaking the single season completion percentage record he set last year by connecting on 74.3 percent of his passes. Brees also had a career best 116.3 passer rating, which was second in the NFL. He was named to the Pro Bowl despite missing five games with a right thumb injury that required surgery.

Brees’ situation is more straightforward than Brady’s. Although Brees’ retirement is more likely than Brady’s, Saints head coach Sean Payton thinks Brees wants to continue playing. Brees has made it clear that he is going to end his career with the Saints.
The process will probably work like it did in 2018, assuming Brees isn’t hanging up his cleats. An agreement will likely be reached a day or two before the current league year ends so the Saints can avoid a $21.3 million cap charge from Brees’ dummy contract years voiding.

Another hometown discount could be in order. Brees’ two year deal averaged 7.8 percent more than the 2018 non-exclusive quarterback franchise tag. Doing the same thing would put a new Brees deal at approximately $29 million per year. Adjusting Brees’ current $25 million per year average for salary cap inflation would make a new deal slightly over $28 million per year provided the 2020 salary cap is right around $200 million.

No matter what the deal averages, expect the Saints to add voiding years again. This way, the bonus money can be better prorated to help keep a 2020 cap number, which already has $15.9 million in bonus proration, more manageable. Following the 2018 blueprint, only the first year would be guaranteed. If there is a second real contract year, a good portion of the money would be in a third day of the 2021 league year roster bonus coming due that March.

Brady’s circumstances are more complicated. He has never had an expiring contract during his illustrious 20-year career, which could make hitting the open market alluring. Patriots owner Robert Kraft recognizes that all options are on the table but would prefer to see Brady retire than finish his career with another team. It remains to be seen whether head coach Bill Belichick feels the same way.

Under Belichick, the “Patriot Way” has been to get rid of a player a year too early rather than a year too late whether it’s because of salary, performance or age. No player has been immune from Belichick’s clinical approach to roster management although Brady’s has avoided it so far. There has been some speculation that both Belichick and Brady, who have won six Super Bowls together, want to try to one up each other by winning a championship apart.

New England’s best chance at Kraft getting his wish is putting their best foot forward between now and the start of the 2020 league year on March 18. Brady appears to have some contract leverage despite his age finally starting to show because of his contract’s structure and backup quarterback Jarrett Stidham, a 2019 fourth round pick, being an unproven commodity.

Ben Roethlisberger, who will be 38 in March, sets the older quarterback market. The Steelers gave him a two-year, $68 million extension where $37.5 million was fully guaranteed last April.

The most fiscally responsible thing for New England to do with Brady would be taking a year-by-year contract approach with him since he’s in uncharted territory as the oldest full-time starting quarterback in league history. That type of tack might alienate Brady since he has consistently stated he wants to play at least until he’s 45 and may not be as interested in undercutting the market like he started doing in 2013 in when he first renegotiated the 2010 extension which made the NFL’s highest paid player. The approach has paid dividends for Brady in allowing the Patriots to assemble a more talented roster than they would have otherwise, which has resulted in three more Super Bowl rings since starting the process.

The $62 million in the voiding 2020 and 2021 contract years might be warranted under the circumstances. New England would almost certainly turn some portion of this money into signing bonus and add at least one voiding year to lower cap the $36.75 million and $38.75 million cap hits currently associated with these years, which would be the highest in the NFL. Keeping Brady off the open market would mean the $6.75 million of bonus proration in 2020 and 2021 would remain intact. Allowing the 2020 and 2021 contract years to void will give the Patriots a 2020 cap charge of $13.5 million regardless of whatever happened with Brady afterwards.

At the very least, New England should be willing to pay Brady $24.4 million in 2020. By making $47.4 million in 2019 and 2020, Brady would be at the financial breakeven point of playing out his previous contract, which had a $15 million salary this season on a $27 million cap number, and spending 2020 on a $32.4 million non-exclusive franchise tag. $32.4 million is the Collective Bargaining Agreement mandated 120 percent of Brady’s 2019 salary for franchise tag purposes.

It would be interesting to see the level of interest there would be for arguably the greatest NFL player of all-time in the twilight of his career and the financial commitment teams are willing to make should Brady become an unrestricted free agent. CBS Sports NFL columnist Will Brinson identified several potential Brady suitors earlier this week.

It’s hard to imagine Brady making one big cash grab before retiring with a team that doesn’t offer a similar opportunity to compete for a championship like he’s grown accustomed to in New England. A new team might need to be willing to adapt the offense much in the same way the Broncos did for Peyton Manning after signing him in order to optimize Brady since he has essentially played in the same system his entire NFL career. Learning a new offense might not be that appealing to Brady anyway.

It may ultimately become a case of “better the devil you know than the devil you don’t.” New England making a commitment to improve the offensive weapons at Brady’s disposal, particularly at tight end and with a big play wide receiver, as well as Josh McDaniels, who is a candidate to become the Browns‘ next head coach, returning as offensive coordinator could ensure that Brady continues to wear a Patriots uniform. Brady’s legacy is secure regardless of whether he remains with the Patriots or follows in the footsteps of Hall of Fame quarterbacks Brett Favre, Joe Montana and Johnny Unitas by ending his career with another team.