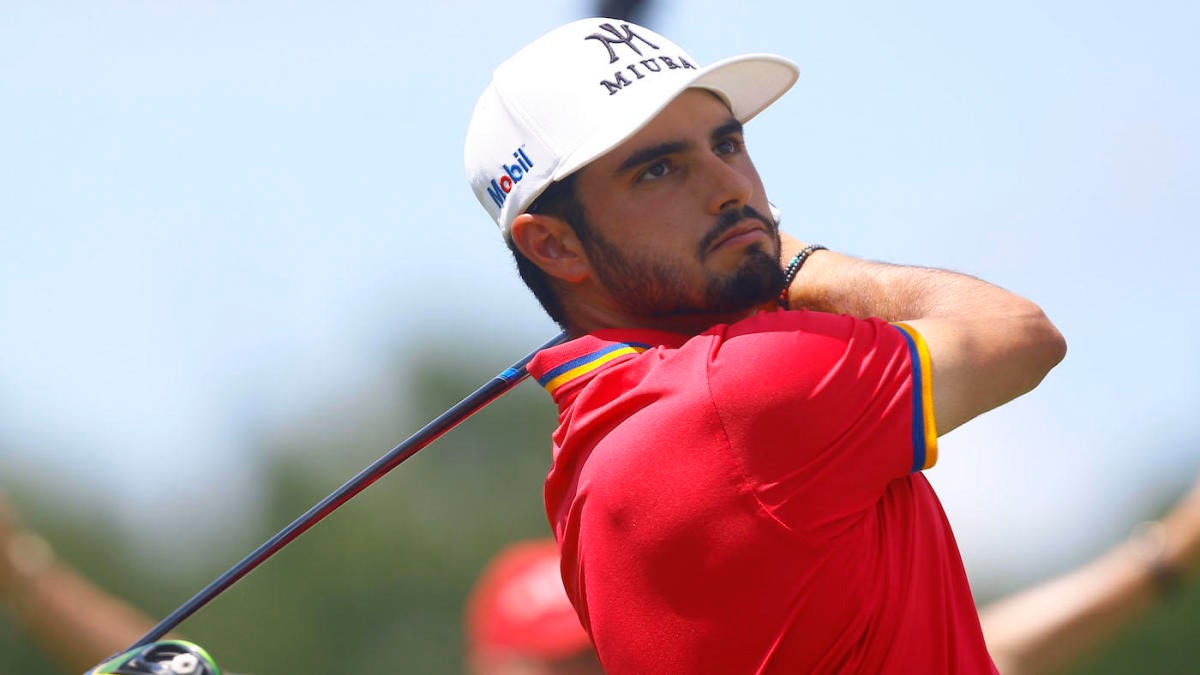 Normally when an athlete says the media skewed his words to translate into something he or she did not mean, I roll my eyes. It’s a well-trodden statement to try and walk back something you probably shouldn’t have said (or regret saying). In some instances, though, like the one we’re about to look at with Abraham Ancer, the athlete is right.

Ancer received a lot of attention for two different things at the 2019 Presidents Cup. The first was playing lights-out golf. The second was getting beat by Tiger Woods in singles during the big U.S. Sunday comeback a month after he’d said he wanted to play Tiger in singles. Ancer’s desire came true after the International team tossed him out as their first Sunday player, and captain Woods retorted that player Woods would be facing him.

But was his ask earlier in the fall a brazen (if foolish) statement that he wanted to take down the best to ever tee it up in a match-play event or simply an honest answer to a question about this event? Let’s review what Ancer actually said.

Question: Besides Joaquin, who else would you like to play with? And for singles?

Answer (from Ancer): “I would like to play against Tiger, but the truth is that our objective is to do everything we can to win. Winning a match in the singles would be very special, so we need to try to get the Cup.”

So that hardly signals a gauntlet being thrown down. What 28-year-old wouldn’t want to play Tiger in this setting? Regardless, when Tiger walked him off 3 and 2, everybody lost their minds. It’s fun to do, and to pretend as if Ancer really did call Tiger out. But the reality is that he did not.

” … The way I said it — well, that was actually month before in Mayakoba when I got asked this question,” Ancer said on Tuesday at the Sony Open. “I was like, ‘Well, out of the 12 guys who would I like to play on a big stage in a big event like that, it would … obviously I would like to play my hero growing up, Tiger Woods. Be an incredible experience.'”

Again, yes, of course it would be!

“I didn’t only learn from the golf course and from golf,” he added. “I learned a lot about media and how it can get twisted. Yeah, definitely got twisted and just the context how I said things. And maybe Tiger didn’t know the way I said it. He just kind of took it from what he was reading or what he heard, which is fine.”

Who knows how Woods viewed it. He may have seen the entire quote and simply leveraged the parts he wanted to for motivation. It certainly sounded that way when he said, “Abe wanted it. He got it.” Or he may have thought the whole thing was real. Either way, it led to some amazing golf and maybe the moment of the tournament when Woods said the match was over when the ball was 6 feet from the cup.

I hope this doesn’t discourage folks like Ancer from talking, though. I can see why it would. Golf (and sports) needs interesting characters who say intriguing things. And while it’s fun to pretend as if Ancer was salivating over the idea of slaying Woods on an international stage, the reality was much different from that.

Maybe next time he doesn’t let us in to what he’s feeling at all. Hopefully he will, though, because he’s got a ton of game and a little moxie to go with it. That’s fun. His Presidents Cup performance was tremendous. Even if we tried to bury him in the process.