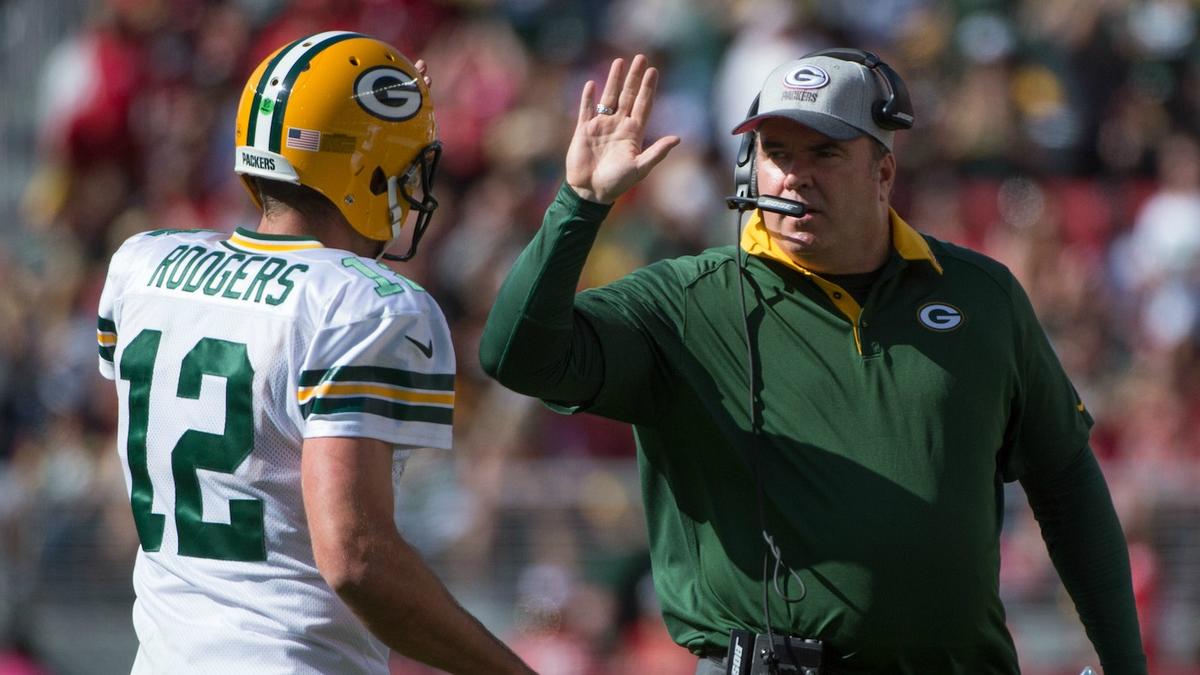 Aaron Rodgers and the Green Bay Packers are preparing for their upcoming playoff matchup against the Seattle Seahawks this weekend, but another storyline from around the NFL caught the attention of the players in Green Bay on Wednesday. Down in Dallas, the Cowboys were introducing former Packers head coach Mike McCarthy as their new head coach.

McCarthy and Rodgers spent 13 seasons together, and this Sunday will be Rodgers’ first playoff game without him. While reports surfaced after McCarthy’s firing that the two apparently didn’t get along very well, Rodgers told reporters on Wednesday that he’s happy for his former coach.

“We’ve had a lot of success down there, and I think that was probably one of the reasons (McCarthy took the job),” Rodgers said via the Green Bay Press-Gazette’s Ryan Wood. “We obviously won the Super Bowl there, but we won some big games down there over the years. So I’m not surprised that Jerry (Jones) had an infatuation with Mike, because we’ve had some really good performances. I don’t know. I thought maybe he would go somewhere where he had maybe some GM opportunity as well, but I’m happy for him. I sent him a text, and he sent me a text back.”

Rodgers and McCarthy took down the Cowboys in the postseason twice during their time together and also won Super Bowl XLV against the Pittsburgh Steelers in 2011 at AT&T Stadium. Cowboys owner Jerry Jones was front and center for McCarthy’s big wins against his team and the championship he won in Jones’ building, which explains why Rodgers can see that he would want to bring in the former Packers coach.

McCarthy was fired in the middle of the 2018 season after recording a 4-7-1 record. It was the second year in a row the Packers had missed the playoffs and the unrest between quarterback and coach was apparent.

“When I think about my relationship with Aaron, you’re talking about 13 years,” McCarthy said in an ESPN interview. “That’s a very long time. It’s been a privilege to watch him grow in so many different ways and see him do so many great things on the field and off. To think you can be in a relationship that long and not have any frustrations, that’s unrealistic.”

Both were unhappy with how their internal disagreements became public, but as you can see, Rodgers was not above texting his former coach congrats on the new gig.