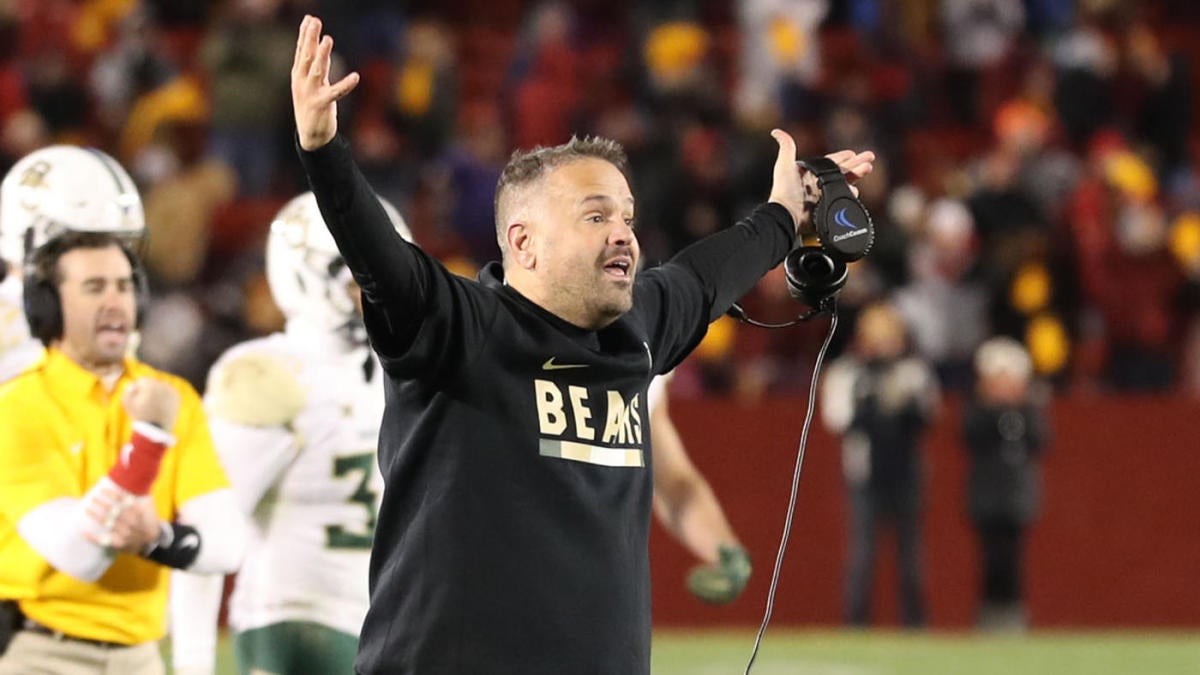 The Carolina Panthers stunned the football world by landing Matt Rhule as their next head coach, agreeing to a seven year, $60 million deal with the 44-year old coach that took Baylor to the Super Bowl this past season.

Rhule, a former Giants assistant offensive line coach (2012), hasn’t been in the NFL since leaving New York, going 47-42 in seven seasons at Temple and Baylor. Rhule revitalized both programs, leading Temple to the American Athletic Conference championship in 2016, the program’s first conference title since 1967. He then took the Baylor job in 2017, leading them to the Sugar Bowl in just three seasons and two seasons after going just 1-11 in his first year on the job.

The Panthers are a franchise in disarray as Rhule is the first new head coach hire under owner David Tepper, who bought the franchise in 2018 for $2.275 billion. Tepper and the Panthers braintrust gave Rhule seven years to make the franchise the class of the NFC South and a Super Bowl contender again.

Rhule has plenty of work to do in Carolina in order to prove he was worth the hire. Here’s the grocery list of what Rhule must do to get the Panthers back to where they want to be:

This is an easy one and paramount for what Rhule must do in order to win in Carolina. The past two seasons have resulted in epic collapses for the Panthers: losing seven straight games after a 6-2 start to finish 7-9 and missing the playoffs in 2018 and losing the final eight games after a 5-3 start in 2019 to finish 5-11. The Panthers have a 1-15 record in the second half over the past two seasons, an indictment of their current roster and the bad culture that was in that locker room (even if the players did like playing for Ron Rivera).

Year 1 of the Rhule era won’t be about getting off to a fast start but a strong finish. The Panthers having a winning second half will lead the outside world to believe the players are buying into Rhule’s philosophy. Rhule took a two-win Temple and one-win Baylor team to 6-6 (Temple) in Year 1 and 7-6 (Baylor) in Year 2, so he knows how to turn around a program.

Carolina could use some extra cap space as the Panthers have just $30.8 million available in cap space, which an extra $19.1 million could go a long way in improving other areas on the roster. New head coaches like to pick their own quarterbacks, so it wouldn’t be a surprise if Rhule decides just to move on from Newton and chose his own quarterback in the draft (just like Rivera did in 2011 when he got the Panthers job).

The Panthers run defense was one of the worst in the NFL, an embarrassment for a Panthers franchise that has always been one of the better defensive teams in the NFL. Carolina finished last in the NFL against the run, allowing 5.2 yards per carry and 31 rushing touchdowns (eight more than the second worst team in the league). The Panthers allowed 168.7 yards per game over the last six weeks, all of which resulted in losses.

The Panthers got an incredible season from Christian McCaffrey (2,392 yards from scrimmage, 19 touchdowns), but McCaffrey’s numbers are even more impressive given the offensive line issues. Carolina had just 5.1 yards per play (25th in NFL) and converted 31.88% of third downs (29th). The Panthers allowed a league-high 58 sacks and 101 quarterback hits (seventh in NFL). Matt Paradis allowed 47 pressures at right tackle, which was the most at his position in the NFL, another contract Carolina gave to improve the offensive line that backfired.

The Panthers have to improve the line in the draft instead of overpaying average free agents. Rhule’s offensive line coach hire will go a long way toward player development and getting the Panthers offense consistent on every down, especially with a player like McCaffrey as the primary skill player.