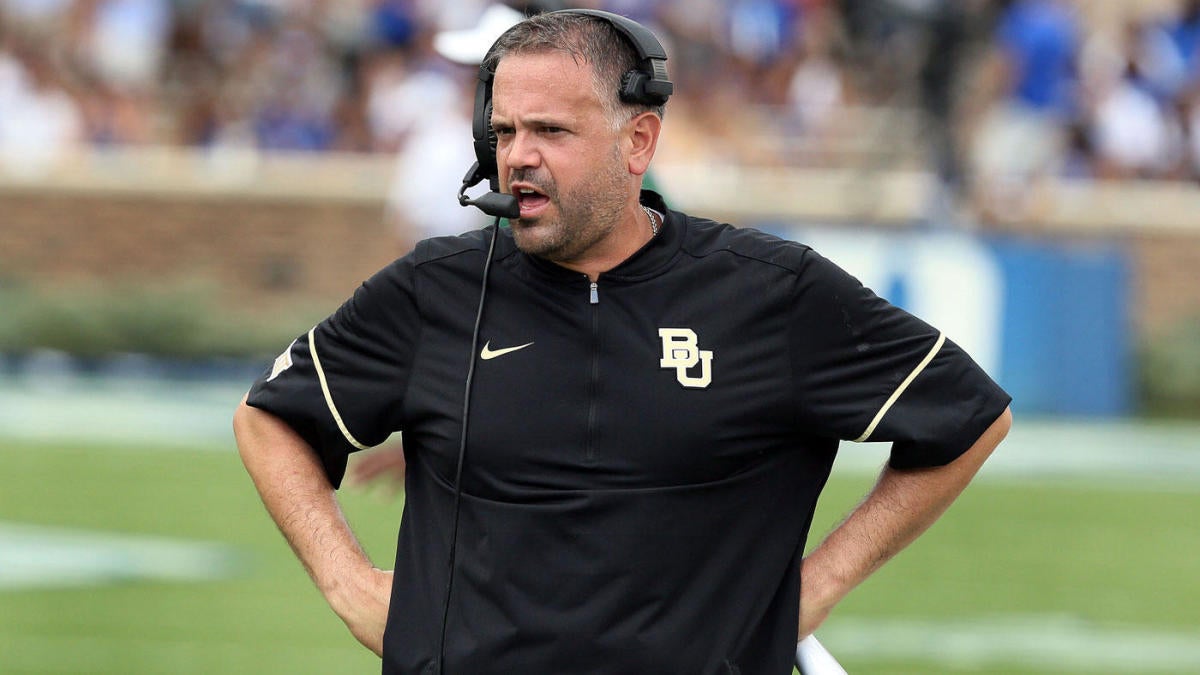 The Carolina Panthers have found their guy for head coach and it is someone the New York Giants had their eye on. On Tuesday, it was reported that Baylor head coach Matt Rhule would be taking the position in Charlotte and was not going to even meet with the Giants, who he was set to talk to later in the week.

New York moved on quickly, and are reportedly hiring former New England Patriots wide receiver and special teams coach Joe Judge. The saga is still a confusing and frustrating one for fans, though, because it all happened so quickly.

And about Rhule taking that job… no one likes getting stood up. Giants fans are not happy GM David Gettleman could not get him in the door to have a conversation. The lack of a visit does not help New York’s morale and has fans sulking over the layers of issues going on with the team.

People took to Twitter to express their frustrations, crack a joke and react to new head coaches in Carolina and New York. Here are some of the best tweets:

This is about the bigger picture.

Judge is not the hire Giants fans were expecting.

I have bad news…

We can confirm: He is real.

And after all this, we present to you… Joe Judge!

While Giants fans might be confused about this hire at first, it could very well work out for the team.

Though after all this fanbase has been through it is easy to see why some are pessimistic about it all.

Don’t lose hope New York fans, the guy did work under Bill Belichick and Nick Saban, who are known for winning.

Sadly for Giants fans, this has been too accurate.

A dumpster on fire is the perfect way to sum it all up.

The Giants have reportedly requested to meet with former Cowboys head coach Jason Garrett for the offensive coordinator job, which is only creating more chaos online.

Not all Giants fans are happy about the choice for HC, but many are just glad it’s not Garrett filing that position.

Some are not so convinced.

This season, the Giants went a very tough 4-12 and were riddled with problems. Their young quarterback Daniel Jones was unable to stay consistent and their star running back Saquon Barkley did not make the impact expected.

A new head coach is just the beginning of adjustments that need to be made in order for the team to find success.