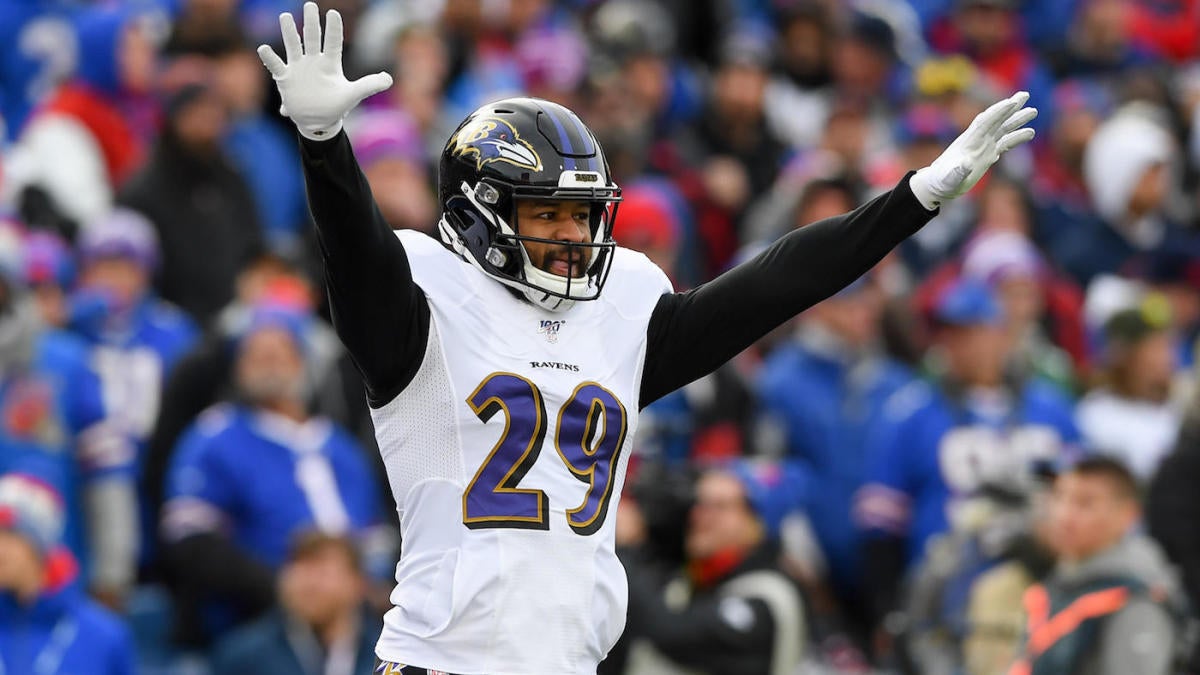 The Titans snuck into the playoffs largely because they made the switch from Marcus Mariota to Ryan Tannehill midseason, and for the first time in his career, Tannehill played like a top-five quarterback. But the Titans did not beat the Patriots in the first round of the playoffs this past weekend because of Tannehill, who attempted only 15 passes for 72 yards during the win. Instead, they left Foxborough with a win because of Derrick Henry, who rushed for 182 yards and a score, and their defense, which held the Patriots to 13 points and pitched a shutout after halftime.

Ravens safety Earl Thomas apparently took notice. Ahead of the Ravens’ clash with the Titans on Saturday, the three-time first team All-Pro safety lent some insight into how the Ravens’ defense is approaching the game. In the process, regardless if it was intentional or not, Thomas appeared to take shots at both the Patriots and Tannehill.

First, he complimented Henry’s approach before saying the Ravens won’t be uninterested in tackling him the way the Patriots seemingly were.

“It’s a credit to how hard he’s running and that offensive line,” Thomas said on Tuesday, per Yahoo Sports’ Kimberley Martin. “He’s a cutback runner, he’s very patient, he’ll find creases. Guys didn’t seem they were too interested in tackling him. I think our mindset is a little different. We’re gonna try to tackle him, try to swarm, and we’re going to see how it plays out.”

Henry racked up a season-high 34 carries for 182 yards and his touchdown late in the first half proved to be the game-winning score. Which meant, Tannehill wasn’t asked to do much. He made one mistake when he threw one of the worst interceptions of his season on the first play of the fourth quarter, but he also made use of his limited opportunities by throwing a 12-yard touchdown on a third down in the early going and much later in the game, as the Titans were trying to burn clock, converting a third-and-8 with a dart.

So, it’s not like Tannehill played poorly. It’s just that he didn’t get many chances to impact the game. His 15 pass attempts were the lowest total of his season.

Thomas seems to think that if the Ravens can force Tannehill to throw the ball more frequently, things won’t go well for the Titans.

“I think if Tannehill tries to pass on us, I don’t think that’ll go in their favor,” Thomas said, per ESPN’s Jamison Hensley. “We know they’re going to try to run the ball.”

The Ravens should be able to survive and advance either way. There’s a reason why they’re nine-point favorites after earning the top seed in the AFC. They’ve got the MVP in Lamar Jackson, a dominant running game, and a defense that finished the season top-five in DVOA. They’ll be at home after a bye week.

But the idea that the Ravens would be better off facing a run-heavy approach from the Titans might be misleading. Tannehill finished the regular season ranked first in yards per attempt (9.6), passer rating (117.5), and completion percentage above expectation (8.1) even though he averaged the third-most air yards per attempt (9.7) and threw into tight windows at the sixth-highest rate (19.6%).

In terms of value per play (DVOA), he ranked fifth among all quarterbacks. The point being, Tannehill has played well enough this season to be considered a strength instead of a liability, and generally speaking, throwing the ball is an inherently more efficient mode of transportation than running the ball.

But saying Tannehill isn’t good enough to lead the Titans to an upset win in Baltimore by throwing the ball all over the Ravens’ defense is selling Tannehill short. Thomas wants the Titans to let Tannehill air it out. Given how well he’s played this season, the Titans might be better off indulging Thomas.