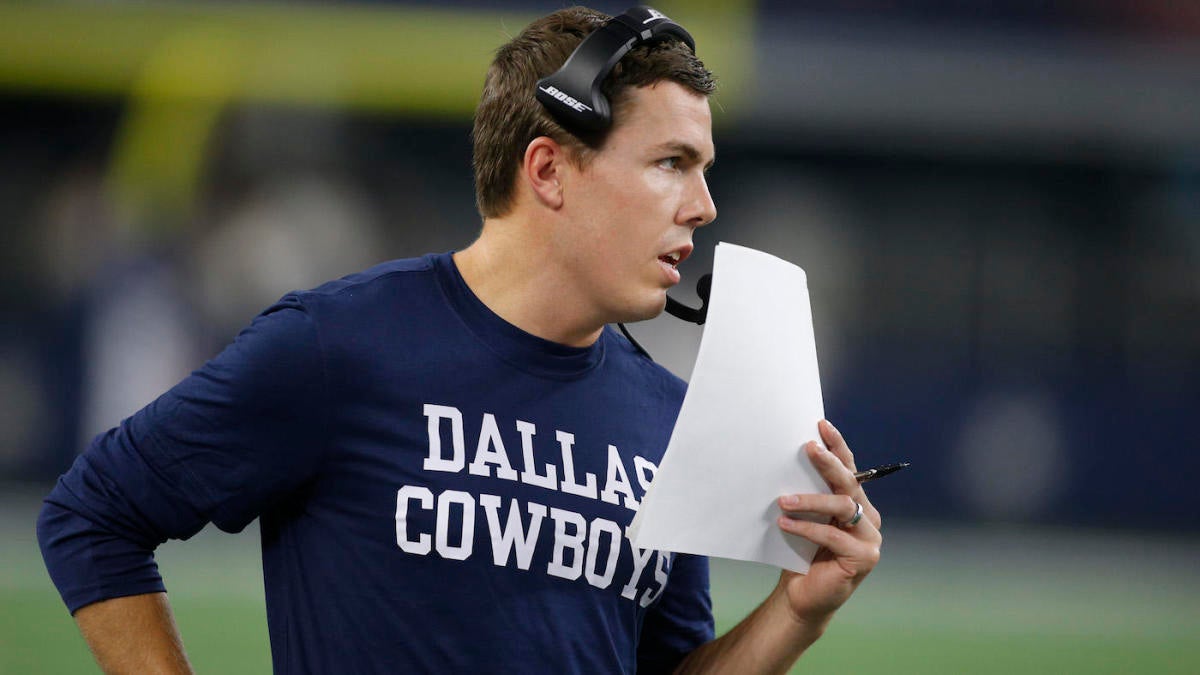 The Cowboys are riding into a new era of football under Mike McCarthy after finally cutting ties with Jason Garrett, but by the sound of it, they want to hang onto at least one remnant of the Garrett era.

On Tuesday, the same day the Cowboys made the McCarthy hiring official, NFL Network’s Ian Rapoport reported that McCarthy would like to retain Kellen Moore as the team’s offensive coordinator. However, Moore is weighing another offer. According to Rapoport, Moore might also decide to join Jimmy Lake’s staff at the University of Washington as the Huskies’ offensive coordinator.

“He is mulling it over,” Rapoport reported.

It’d be a good get for McCarthy and the Cowboys. Moore, the former Boise State, Lions, and Cowboys quarterback who was seemingly always on a path that led to coaching, just wrapped up his first season as Dallas’ offensive coordinator at the age of 31. He helped the Cowboys average 431.5 yards (first) and 27.1 points per game (sixth). The Cowboys’ offense ranked second in DVOA, sandwiched between the Ravens and Chiefs. By most metrics, the offense wasn’t the problem in Dallas, although their performances in big spots can be called into question. They scored nine points in a narrow loss to the Patriots, 15 points in a loss to the Bills, and only nine points in a season-defining loss to the Eagles in Week 16.

For Moore, it’d also be an opportunity to work under an offensive coach who has seen plenty of success in the NFL. McCarthy, of course, led Aaron Rodgers‘ development in Green Bay and coached a Packers offense that finished in the top-10 in scoring in nine out of 13 seasons. While McCarthy’s run in Green Bay ended unceremoniously with an in-season firing and reports of friction with Rodgers due in part to an offensive approach that never evolved, he deserves as much credit for the Packers’ rise as he does for their descent. Besides, it’s not like Matt LaFleur came into Green Bay and immediately fixed Rodgers and the Packers’ offense. It remains an ongoing issue.

But Moore could also be tempted to take the Washington job if he feels like his role in Dallas would be diminished, assuming McCarthy wants to call plays, as he did in Green Bay. The Huskies have finished with 12, 10, 10, and eight wins in their past four seasons. He’d be joining a strong program.