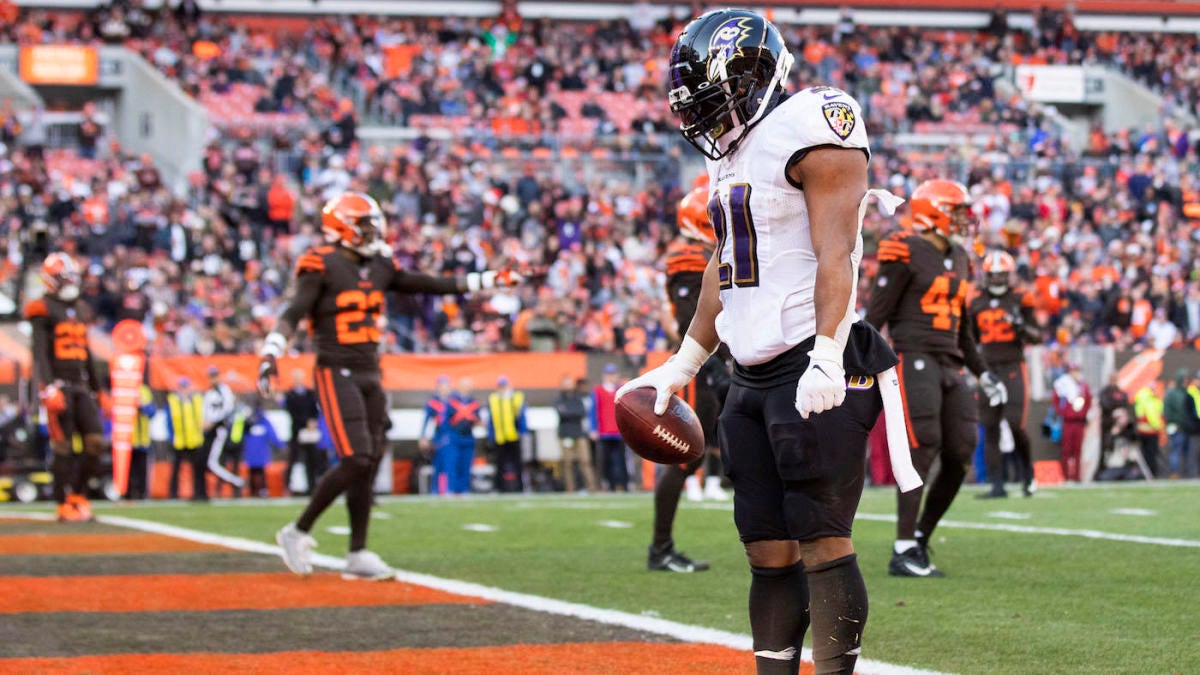 The Ravens will host the Titans in the Divisional Round of the playoffs on Saturday, not Sunday. That could be important, because it gives running back Mark Ingram one less day to recover from the calf injury that he’s been dealing with since it ended his regular season in Week 16. Ingram was seemingly on track to play during the Ravens’ bye week, but potential bad news arrived on Tuesday.

On Tuesday, Ingram missed practice. According to NFL Network’s Ian Rapoport, Ingram “felt some tightness” and “pulled back to avoid re-injury.” Rapoport did add that Ingram “has a chance to play” on Saturday.

When Ravens coach John Harbaugh was asked about Ingram’s status, he declined to provide an update.

Facing the Titans without Ingram would be a brutal blow for the top-seeded Ravens. A free agent addition in the offseason, Ingram led the Ravens in yards from scrimmage with 1,265 and touchdowns with 15. Meanwhile, the Titans’ defense ranks 10th against the run by DVOA. The Ravens can certainly be effective on the ground without Ingram. Lamar Jackson led the team in rushing yards with 1,206. Backup running back Gus Edwards racked up 711 yards on the ground. Justice Hill added 225 rushing yards. Their offensive line ranked third in run blocking, per Football Outsiders. As a team, the Ravens set the NFL record for rushing yards in a season.

But there’s no doubt that Ingram is a key component of the rushing attack and that their offense would be worse without him. If Jackson is the lightning, Ingram’s the thunder.

What will be interesting is just how much caution the team deploys when deciding if Ingram will suit up or not. The Ravens are nine-point home favorites over the Titans. While teams shouldn’t look a week ahead in the playoffs and assume they’ll move onto the next round — this Titans team did just upset the Patriots in Foxborough — the Ravens could decide that having Ingram fully healthy for the AFC Championship Game against, say, the Chiefs is more important than having Ingram at 75 percent for their Divisional Round matchup with the Titans.

That’s purely a hypothetical, of course. There’s no way to know just how bad Ingram’s calf is or what the Ravens are thinking.

By the sound of it, we — including the Titans — might not actually know until Saturday.