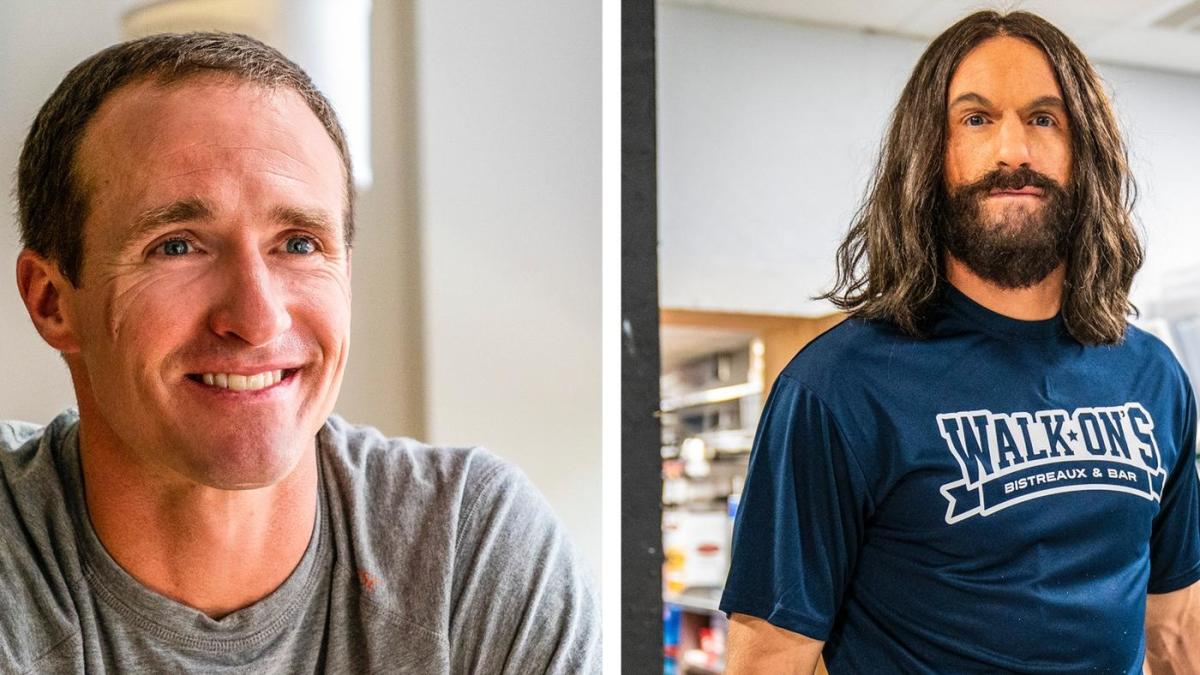 Drew Brees clearly liked what he saw on the other side of the mirror after undergoing his physical transformation in preparation for his debut on the CBS hit show, “Undercover Boss,” which will feature the New Orleans Saints‘ quarterback on its upcoming episode that will air Wednesday night at 8 p.m. EST.

Brees, a Super Bowl champion, as well as the NFL‘s all-time leading passer, has traded his clean-cut look for a more shaggy look while going under the alias of Chris during his time as an undercover boss. Brees will undergo an “undercover mission” at Walk-On’s Bistreaux & Bar, a family-friendly sports bar that offers authentic Louisiana cuisine in each of its 33 locations across Louisiana, Texas, Mississippi, Alabama, Florida and North Carolina.

“It’s actually even better than I thought it was gonna be,” Brees said of his undercover persona. “How did I just become Mathew McConaughey?”

Brees, who became a co-owner of the franchise in 2015, will be going undercover at a New Orleans-based location. However, Brees is not going undercover alone, as founder and CEO Brandon Landry has also cooked up a plan to go undercover in an effort to make improvements as his restaurant chain faces rapid expansion.

“I’m nervous, but excited all at the same time,” Brees said about going undercover. “To be truly behind the scenes where I’m not Drew Brees. I’m just a guy. That’s what I’m most interested in.”

While Wednesday’s episode will kick off the ninth season of “Undercover Boss”, it will be the first episode that will include a former Super Bowl MVP and future Hall of Fame quarterback. How will he fare under the pressure of being an undercover boss? Tune in to find out.