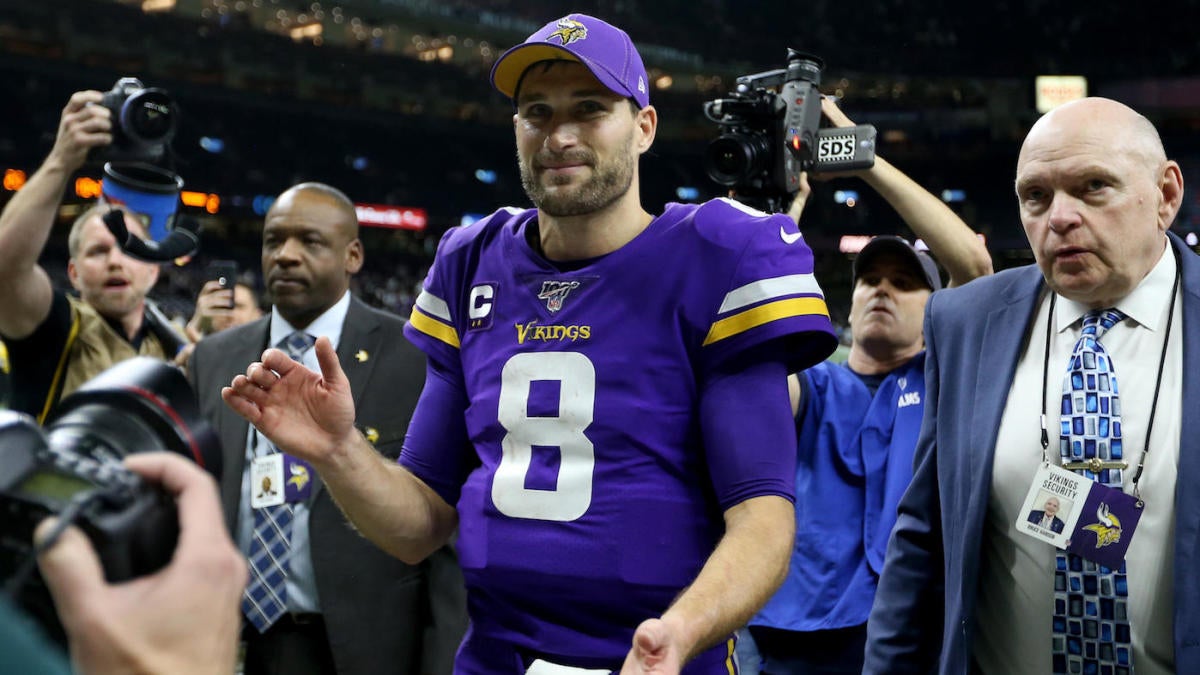 While it was just one game, it was a wild-card playoff matchup on the road in one of the most hostile environments the NFL has to offer. Despite being a No. 3 seed, the New Orleans Saints were a favorite to make the Super Bowl in 2020, and appeared motivated to make a statement after suffering two memorable losses in the postseason over the last two years.

Instead, Cousins and the Vikings went down to New Orleans and secured a 26-20 overtime victory — an upset seemingly no one outside of Minneapolis saw coming. Cousins completed 19 of 31 passes for 242 yards and one touchdown in the victory, and while those numbers don’t scream MVP, head coach Mike Zimmer decided to give him a game ball following the big win.

“It was just about him solidifying himself with all of the bad rhetoric that he gets all the time about this or that,” Zimmer told reporters on Monday. “I just felt like it was time to tell a lot of people he’s our guy and he did it.”

The Vikings gave up 10 unanswered points in the fourth quarter, and the Saints hit a 49-yard field goal to tie the game with just seconds remaining. Cousins was not rattled, however, and after the Vikings won the coin toss, he marched the offense 75-yards down the field on nine plays to win the game.

Cousins hit wide receiver Adam Thielen on a perfectly-placed 43-yard pass that got Minnesota down to the two-yard line, and then hit tight end Kyle Rudolph in the back corner of the end zone three plays later for the game-winning touchdown.

No longer can we say Cousins folds under pressure or that he hasn’t won an important matchup. He registered the biggest upset of the postseason so far, and is ready to try to do it again against the No. 1 San Francisco 49ers next Saturday.