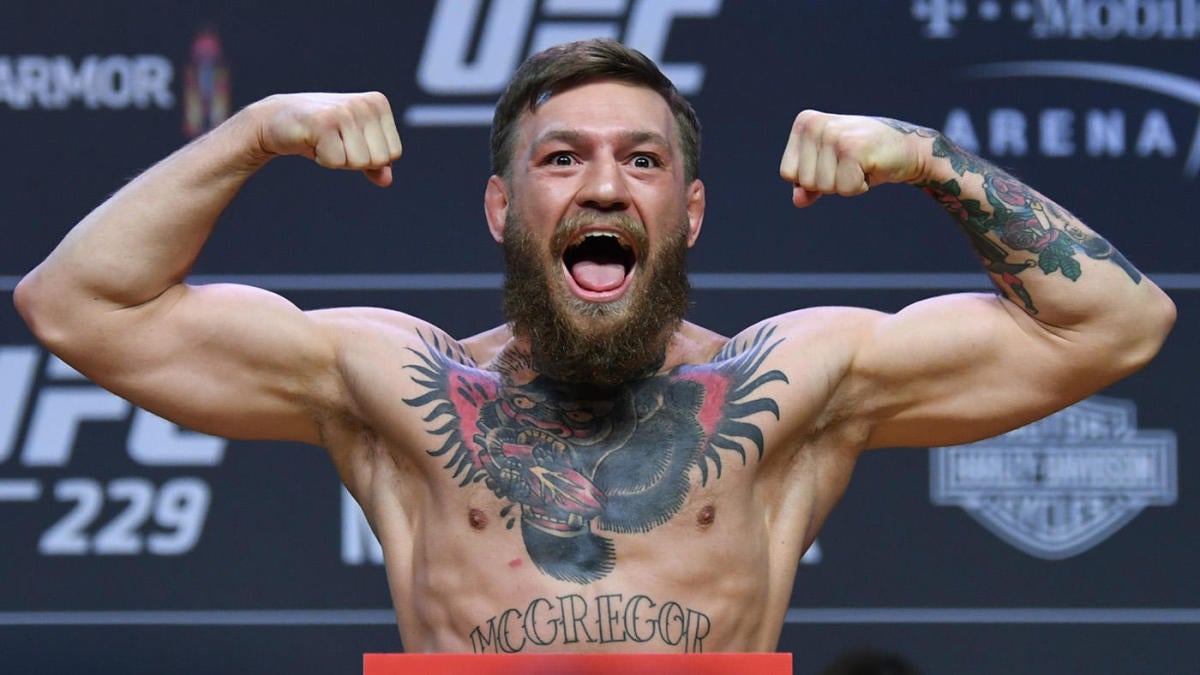 Conor McGregor makes his much-anticipated return to the octagon against Donald “Cowboy” Cerrone in the main event of UFC 246 on Jan. 18 in Las Vegas. The 13-bout UFC 246 fight card from T-Mobile Arena features the main bouts starting at 10 p.m. ET, with the preliminary card set for 8 p.m. ET. Perhaps the biggest star in the promotion’s history, McGregor (21-4) returns from a 15-month layoff to meet Cerrone in a welterweight bout. The former featherweight and lightweight champion hasn’t fought since his loss to current lightweight champ Khabib Nurmagomedov in an October 2018 title bout. Cerrone (36-13-1), the UFC’s all-time leader in victories with 22, can stop a two-fight losing streak should he pull the upset.

McGregor is a -320 favorite (risk $320 to win $100), while Cerrone is offered at +260 in the latest McGregor vs. Cerrone odds. In the co-main event, Holly Holm (-135) faces Raquel Pennington (+115) in a clash of bantamweight contenders. Before making any UFC 246 picks of your own, check out what SportsLine MMA analyst Kyle Marley has to say.

At UFC Fight Night 165 in December, Marley told SportsLine members that Chan Sung Jung, aka “The Korean Zombie” (-185), would dominate veteran Frankie Edgar (+165) in the featherweight main event. He predicted a knockout finish for Jung, and the South Korean delivered with a flurry to stop Edgar in the first round.

Moreover, at UFC 245, Marley accurately predicted that welterweight champ Kamaru Usman (-175) would prevail in his title defense against challenger Colby Covington (+155). The result: Usman scored a fifth-round TKO to secure the victory. Anyone who has consistently followed Marley is way up.

Now, with UFC 246 fast approaching, Marley has carefully studied every matchup on the card, identified the best value in the UFC odds and released his MMA picks for every single fight. He’s sharing those selections only over at SportsLine.

Marley knows the main event will likely be a defining moment in the careers of both fighters. McGregor has seen his star power and popularity take a hit because of a series of negative incidents outside the octagon. The 31-year-old Irishman also saw his reputation take a blow following his lopsided loss to Nurmagomedov following a nearly two-year hiatus from the UFC, during which he lost a highly-publicized boxing match with Floyd Mayweather.

For all of his accolades, Cerrone, 36, has just one title bout in his UFC career, a loss to Rafael Dos Anjos in December 2015. The Denver native appeared perhaps headed toward another title run when he reeled off three straight victories, but was stopped by Tony Ferguson and Justin Gaethje in his last two bouts. A third consecutive loss would give his critics more fodder. Go see the top UFC 246 picks now.

We’ll reveal one of Marley’s UFC 246 predictions here: He is backing Diego Ferreira (-250) to defeat Anthony Pettis (+210) in a lightweight bout on the main UFC 246 card.

Ferreira (16-2) is 7-2 in the UFC and rides a five-fight winning streak. The 24-year-old Brazilian is coming off a decision win against Mairbek Taisumov in September.

Pettis (22-9) is the former lightweight champion who revived his career with a stunning knockout of Stephen Thompson at welterweight in March of last year. But he was then manhandled by Nate Diaz in their UFC 241 bout and lost by unanimous decision.

“Ferreira will push forward and win the boxing exchanges, and he is the better grappler as well. Pettis is going to want to keep this fight at range and win with kicks, and I don’t see that happening,” Marley told SportsLine.

Marley also has strong picks for McGregor vs. Cerrone, Holm vs. Pennington and every other bout on the UFC 246 card, including backing a fighter who’s a “stud on his feet and looks like a future title-contender.” Get every pick for every fight at SportsLine.

Who wins Cerrone vs. McGregor? And how exactly does each fight end? Visit SportsLine now to get detailed picks on every fight at UFC 246, all from the expert who’s up more than $19,000 on MMA in the past year, and find out.