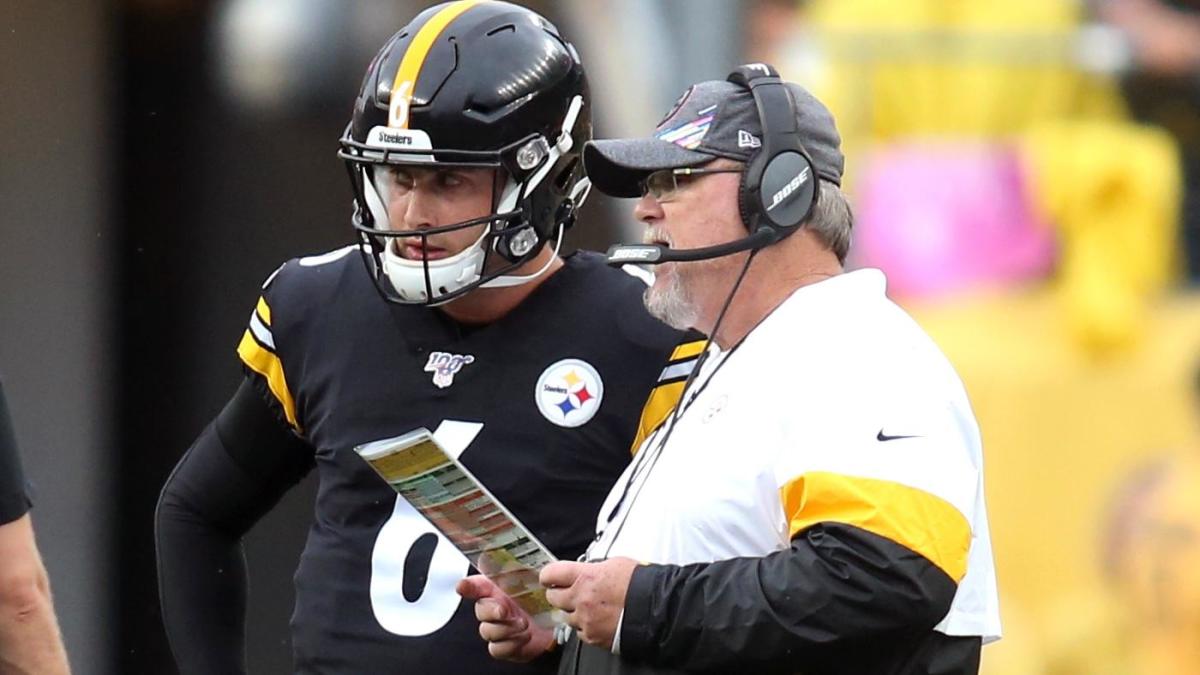 What a difference a season can make.

In 2018, his first season as the Steelers‘ offensive coordinator, Randy Fichtner presided over a Steelers’ offense that finished second in the NFL in passing yards and first in red zone efficiency while also setting a franchise record for touchdowns scored in a single season with 53.

This past season, after losing Antonio Brown during the offseason and Ben Roethlisberger two games into the season, Pittsburgh’s offense sputtered to 27th in the NFL in scoring, 31st in passing, 29th in rushing and and 32nd in red zone efficiency. The Steelers’ offense bottomed out during the season’s final three weeks, as the unit scored just 10 points in each game, ending the year with three straight losses while missing the playoffs for a second consecutive year.

Despite the struggles, signs in Pittsburgh are pointing to the Steelers retaining Fichtner as their offensive coordinator in 2020, ESPN’s Jeremy Fowler reported on Monday. Fowler stated that Fitchner’s contract (which is set to expire at the end of the 2020 season) and his close relationship with Roethlisberger are among the two main reasons why he is expected to be back next season.

Last Tuesday, when asked about his coaching staff during his final press conference of the season, head coach Mike Tomlin said that he wouldn’t be shocked if Pittsburgh made any changes to its coaching staff. Tomlin added that he would be open to the team hiring a quarterbacks coach, as the Steelers did not fill that position after Fichtner was promoted from quarterbacks coach to offensive coordinator in January of 2018.

A member of Tomlin’s original coaching staff in Pittsburgh, Fichtner won a Super Bowl ring as the Steelers’ receivers coach during the 2008 season. After three years in that position, Fichtner moved to quarterbacks coach in 2010, a position he held through the 2017 season. He was promoted to offensive coordinator after the team decided not to renew Todd Haley’s contract following Pittsburgh’s upset loss to Jacksonville in the divisional round of the 2017 playoffs.

Fichtner, who initially met Tomlin when the two were assistant coaches on Arkansas State’s coaching staff in 1998, had the unenviable task of trying to run the Steelers’ offense without Roethlisberger last season after Big Ben suffered a season-ending elbow injury during Pittsburgh’s Week 2 loss to Seattle. The Steelers’ offense was also without former Pro Bowl running back James Conner for six games and former Pro Bowl receiver JuJu Smith-Schuster for four games. While Pittsburgh’s offense paled in comparison to previous units during the decade, it did just enough to help the Steelers go on an 8-2 clip that propelled Pittsburgh into the AFC playoff picture heading into the Week 15 matchup with the Bills.

The Steelers’ offense, however, was unable do enough down the stretch, averaging just 219 total yards per game during the final three games of the season. While Devlin “Duck” Hodges was unable to rediscover the momentum that he has gained earlier in the season, the Steelers’ rushing attack, for a second season under Fitchner, struggled to find its traction, as Pittsburgh finished in the bottom five in the league in rushing for a second straight year.

Fichtner also received criticism for the conservative nature of the offense during Mason Rudolph’s time under center. He also received criticism after Pittsburgh’s offense ran the ball just 14 times in Week 15 against a Bills’ defense that was among the NFL’s best teams in terms of pass defense during the season. Instead of running the ball, the Steelers put the game in the hands of Hodges, who threw four interceptions in Pittsburgh’s 17-10 loss that started Pittsburgh’s three-game losing streak.

While Pittsburgh’s offensive woes in 2019 are well-documented, it did receive some encouraging individual efforts from several players on that side of the ball. Maurkice Pouncey and David DeCastro were again named to the AFC’s Pro Bowl team, while rookie Benny Snell and Diontae Johnson became key contributors in Pittsburgh’s turnaround after a 1-4 start. Second year wideout James Washington also enjoyed a solid season after a disappointing rookie campaign, as he led the Steelers in receiving yards while averaging 16.7 yards per catch.

Rudolph, who Tomlin said will be the Steelers’ No. 2 quarterback heading into this summer’s training camp, also showed signs of progress before he sustained a concussion suffered against Baltimore in Week 6. Rudolph was never quite the same after the injury, as he lost his starting job to Hodges after a rocky performance in Cleveland in Week 11 and a poor first half the following week in Cincinnati. Rudolph did play well in relief of Hodges against the Jets in Week 16 before leaving the game with a season-ending shoulder injury.

With Fitchner and Big Ben set to return in 2020, the Steelers are surely hoping for a healthy Conner and Smith-Schuster for the duration of next season, as well. Pittsburgh will also look to add upgrades to the offense during the draft, with general manager Kevin Colbert likely eyeing a tight end and a receiver to select with one of the Steelers’ first picks in this year’s draft.