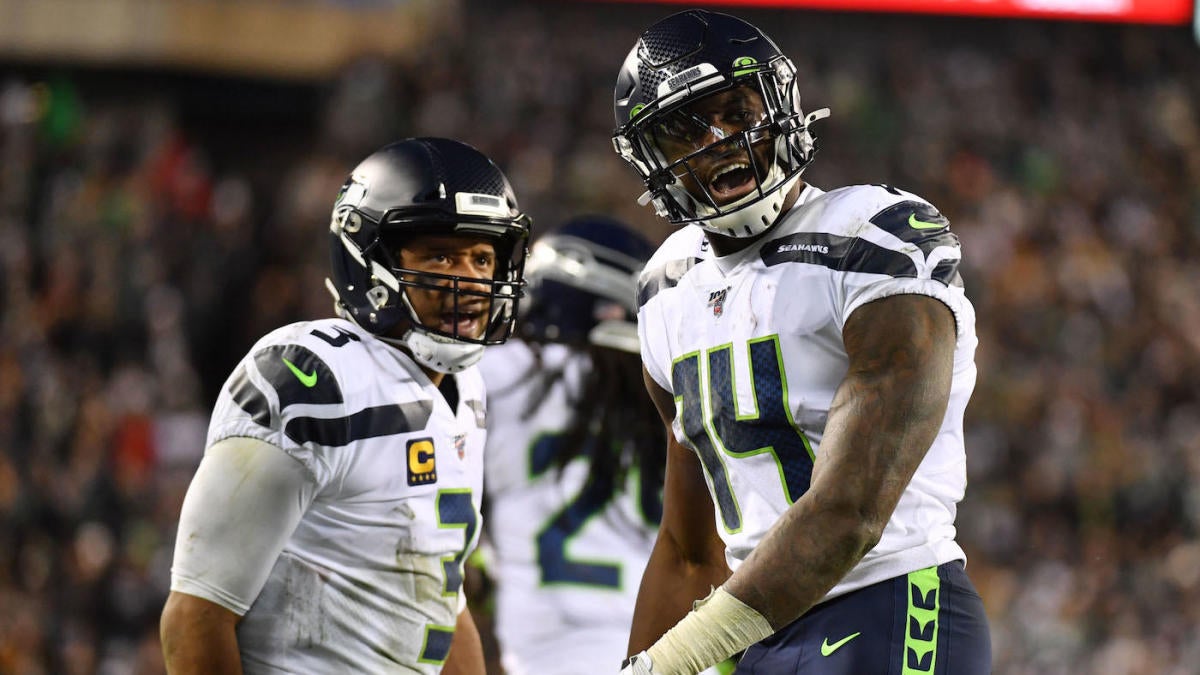 If we learned anything about D.K. Metcalf on Sunday night, it’s that he’s more than just the famous Ole Miss muscle picture that made its rounds on social media prior to the 2019 NFL Draft. The 6-foot-4, 229-pound wideout fell to the last pick in the second round, but has begun to emerge into a superstar.

Metcalf caught seven passes for 160 yards and a touchdown in the 17-9 wild-card victory over the Philadelphia Eagles — which was the Seahawks‘ franchise record for receiving yards in a playoff game, as well as the NFL playoff record for any rookie. Russell Wilson always had a downfield weapon in Tyler Lockett, but Metcalf is the one who stole the show in Seattle’s first postseason game.

“The night was stolen by D.K.,” Seahawks head coach Pete Carroll said, (H/T Pro Football Talk). “He just had a phenomenal night. Showed you what he’s capable of looking like. He’s had a great season in his rookie year, but to have a night like that, first time ever in the playoffs, it’s spectacular. He’s doing stuff that it’s hard to imagine anyone else doing. So we’re excited about that.”

Despite Carson Wentz leaving the game early due to injury, the Eagles kept the contest close in the first half. Metcalf blew things open in the third quarter, however, when he caught an incredible 53-yard touchdown on the Seahawks’ first drive of the second half.

Metcalf then sealed the game late in the fourth quarter, when Wilson dialed up a bomb on third down with under two minutes left. Tthe rookie wideout freed himself with a double move and caught a 36-yard pass to end the game.

Metcalf didn’t have an absolutely incredible regular season. He caught 58 passes for 900 yards and seven touchdowns, but he wasn’t necessarily turning heads week in, week out. He shined against the Tampa Bay Buccaneers in Week 9, when he caught six passes for 123 yards and a touchdown, but that would be his only 100-yard game of the regular season.

It’s noteworthy that he was able to step up his game with the stakes were at their highest — it’s what NFL stars do. It’s a wonder why he was the ninth receiver taken in the draft.

Metcalf put up impressive numbers at the NFL Combine, but struggled when it came to lateral speed.

Clearly, many were worried how he would fare as a receiver at the NFL level when he wasn’t running fly routes, but it’s safe to say he has put those worries to bed after just 17 NFL games.