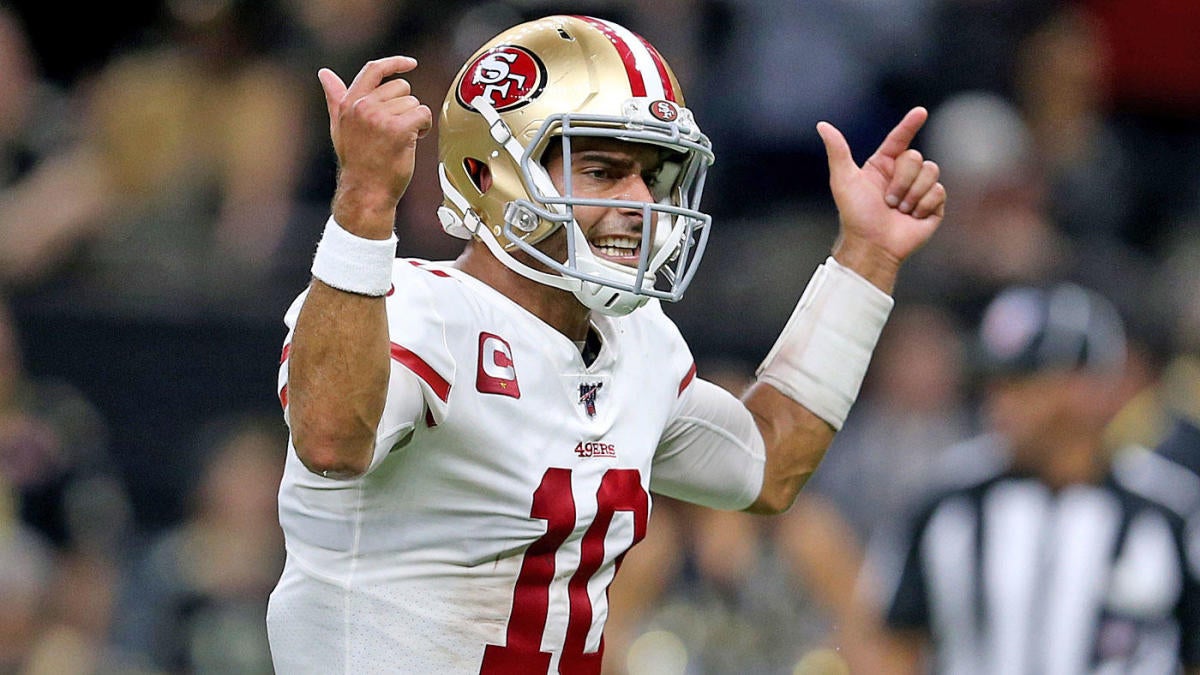 The football Garoppolo threw into the stands was eventually corralled by Matt Pinelli, a 19 year-old-fan that admittedly shoved a Seahawks fan before securing the ball. The football has historical significance, as it was the final game ball used during the NFL‘s 100th regular season.

After the game, Garoppolo said that he would gladly sign the ball for Pinelli, a San Jose native who attended the game with his girlfriend and several friends. He also explained why he decided to throw the ball into the stands in the first place.

“I looked for the ref initially, but no one was around me,” said Garoppolo, who helped lead the 49ers to a 13-3 record and No. 1 seed in the NFC playoffs. “So I was like … I’m just going to throw this thing.”

Garoppolo can more than make up for Monday’s fine this postseason. Last year, players from the Rams and Patriots earned $83,000 for winning their respective conferences, according to CNBC. Patriots players earned an additional $119,000 for winning Super Bowl LIII, bringing their total postseason earnings to $201,000. Rams players earned an additional $59,000 for participating in the Super Bowl while bringing their postseason total to $142,000.

Along with his potential financial gain, Garoppolo is hoping to become the fourth quarterback in 49ers’ history to lead the franchise to the Super Bowl. Joe Montana went 4-0 in four Super Bowl games, while his successor, fellow Hall of Fame quarterback Steve Young, threw a record six touchdown passes in San Francisco’s 49-26 win over the Chargers in Super Bowl XXIX. Colin Kaepernick led the 49ers to their most recent Super Bowl appearance in 2012, with San Francisco losing a hard-fought game to the Baltimore Ravens, 34-31.

This weekend will mark the sixth time the 49ers and Vikings have faced in the postseason and the first time since 1997. The 49ers have a 4-1 postseason record against the Vikings that includes playoff wins over Minnesota en route to their victories in Super Bowls XXIII and XXIV. Minnesota’s lone playoff win (1987) over the 49ers does hold historical significance, as Anthony Carter’s 227 receiving yards in that game serving as the second-highest single game receiving total in NFL postseason history.