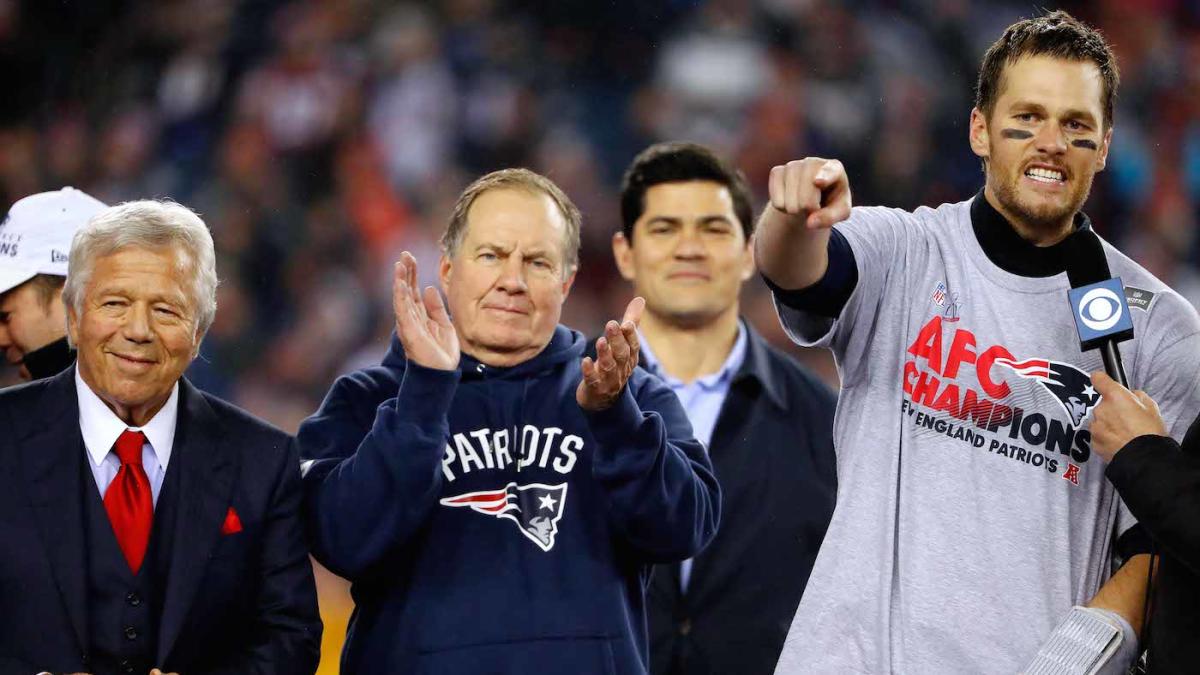 Bill Belichick comically and rightfully noted during his postgame presser following New England’s loss to the Titans on Wild-Card Weekend that it hasn’t “been all that thin around here,” highlighting the Patriots‘ sustained success over the past twenty years. While he’s correct in that statement, the Patriots are now entering some unknown territory this offseason.

This early exit from the postseason now comes with questions that have answers that could shake the organization to it’s core, specifically when it comes to quarterback Tom Brady and his pending free agency. These types of questions have been foreign to this area on the NFL map for quite some time, but now come to the forefront in what has the potential to be a rather transformative offseason in more ways than one.

Does Tom Brady want to play in New England or elsewhere in 2020?

Tom Brady’s free-agent status is THE question heading into the offseason for New England. As Bill Belichick noted during his end of the year press conference, free agency is a two-way street that requires both parties to come together. With that in mind, Brady’s desire does come into play here for the first time in two decades.

“I think I’m just . . . I’ll explore those opportunities whenever they are,” Brady told Peter King of NBC Sports when asked about being a free agent for the first time in his career. “If it’s the Patriots, great. If that doesn’t work, I don’t know. I just don’t know. I love playing football. I still want to play football. I think I still can play at a championship level. I’ve just got to go do it. I’m motivated to get back to work and training.”

Ending his career with the Patriots would be storybook for Brady, but the quarterback does seem to be excited about the possibility of seeing what else is out there. It feels like New England will not only need to give him a lucrative contract, but also show him a roster (specifically on offense) that can compete for a Super Bowl. The days of bringing in undrafted receivers and flight risks like Antonio Brown and Josh Gordon appear to be a thing of the past if they want to keep Brady.

The narrative that both Brady and Belichick want to prove that they can win without one another has been out there for years. Now, that possibility is at least on the table. While Robert Kraft will certainly have a say when it comes to a player of this magnitude, Bill Belichick will have to assess the quarterback position and see if Brady fits the team’s plan for 2020 and beyond.

When fielding questions about Brady’s future with the club, Belichick said, “Certainly, Tom’s an iconic figure in this organization, and nobody respects Tom more than I do.”

He later added: “There are other people involved, and so there has to be some type of communication, understanding, agreement – whatever you want to call it – and that’s not a one-way street. I hope you can understand that. One person just can’t decide what everybody else is going to do when players aren’t under contract, and we have lot of players that aren’t under contract.”

One would think that Brady re-signing with the Patriots would be the best option for the club going forward, but that ultimate decision will come down to Brady, Belichick and Robert Kraft.

Will Robert Kraft give Brady a Godfather offer to stay?

Robert Kraft is a wild card in this scenario with Brady. Similar to Josh McDaniels and his situation with the Colts, it’ll be curious to see what the future Hall of Fame owner does if Brady comes to him with the intention of signing with another club in the NFL. It wouldn’t come as too much of a surprise if Kraft then takes a step forward, pushes his remaining chips to the center of the table and gives Brady some sort of Godfather-like offer to try and convince him to stay in Foxborough.

Give Kraft credit: he did respect Brady’s desire to at least let him test the waters.

“Before the season started,” Kraft told NBC Sports’ Peter King, “it was very important to Tom that he be free to do whatever he wanted at the end of the year. You know what I said to myself? That any person who plays 20 years for this team and helps us get to nine Super Bowls, and been really selfless, has earned that right. I love the young man like he’s part of my family. Blood family. Anyone who’s done that has earned the right to control his future after 20 years.

“And you know, my hope and prayer is number one, he play for the Patriots. Or number two, he retires. He has the freedom to decide what he wants to do and what’s in his own best personal interest.”

How much longer does Bill Belichick intend on coaching?

While there’s so much attention being paid to what Tom Brady’s future holds, it’s at least worth highlighting Bill Belichick this offseason too. Unlike Brady, his future seems a bit more clear. The 67 year old seemed to talk back prior comments he made earlier in his career and how he didn’t want to be like Marv Levy, coaching into his 70’s.

“When I said it, maybe I didn’t know what 70 felt like,” Belichick told WEEI back in October. “So not really sure if that’s an accurate statement.”

Chris Mortensen of ESPN noted this week that “nobody expects he has any plans but coaching for at least five more years.” Belichick needs just 43 wins to tie Don Shula for the most all-time by a head coach and is just 20 wins away from No. 2 all-time, currently owned by George Halas.

The New England Patriots are once again faced with the possibility of seeing Josh McDaniels leave for a head coaching opportunity somewhere in the NFL. He reportedly has interviews with the Carolina Panthers, New York Giants and Cleveland Browns. McDaniels is reportedly looked at as a favorite for a couple of those jobs, so, with Tom Brady’s future in flux, it’ll be interesting to see if he finally takes the leap. Unlike a few years ago, the Patriots may also not fight as hard to keep him.

How can New England improve the offense?

As I highlighted above with Brady, the quarterback will likely want to see an improved offense before putting pen to paper on a new contract to return to the Patriots. So how do they do it? First and foremost, the return of starting center David Andrews and fullback James Develin in 2020 should help the unit immensely. Outside of simply regaining health, it’ll be imperative for New England to add some top-flight talent for the passing game. That means, checking in on blockbuster trades for Odell Beckham Jr. with the Browns, and other players of that caliber. Finding an elite tight end, a position that provided nearly zero production in 2019, will also be extremely important heading into 2020. Maybe O.J. Howard down in Tampa?

How will the Patriots approach all these key free agents?

New England has 20(!) players set to hit the open market this offseason and a number of them have been key pillars to Super Bowl championships. Tom Brady, Devin McCourty, Kyle Van Noy, Matthew Slater, Phillip Dorsett, Jamie Collins, Joe Thuney and Elandon Roberts are just some of the names that are due for a new contract. That’s not only a lot of top-tier talent, but Brady, McCourty and Slater also represent key leadership as all of them were captains in 2019.

Specifically, starting left guard Joe Thuney is the name to watch. He’s in line to possibly become the highest paid interior offensive lineman in the NFL. If the Patriots don’t want to pay that, they’ll need to find his replacement.

How does New England address the quarterback position if Brady walks?

This is a question that nobody in New England wants to think about, but they may have to if Tom Brady walks. If the six-time Super Bowl champion is wearing a new uniform in 2020, the Patriots will need to find their starter for next season. We’ve already highlighted a number of options that the Patriots could look at in free agency, via trade and at the 2020 NFL Draft. Names like Tua Tagovailoa, Jacoby Brissett and Cam Newton come to mind when searching for a post-Brady era QB.

Whoever comes to town in the event that Brady leaves, they will have GOAT-sized cleats to fill.