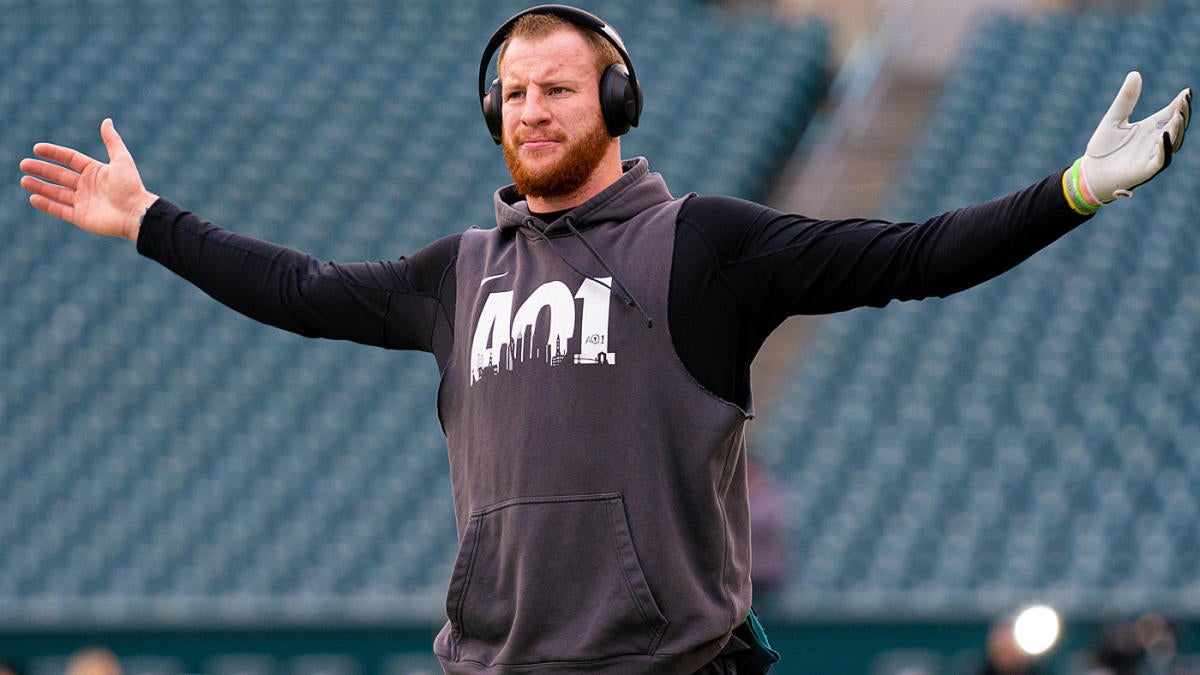 Carson Wentz only got to play nine snaps in his postseason debut. The Philadelphia Eagles franchise quarterback was knocked out of Sunday’s wild-card loss to the Seattle Seahawks with a concussion on a hit by defensive end Jadeveon Clowney.

Wentz did not speak to media members as the Eagles cleaned out their lockers, but had a positive message for Eagles fans concerned about his health. Wentz never returned to the field after heading into the locker room for testing, providing an important update on his status on Instagram.

“So dang proud of this team and how we battled and overcame so much this season. Not the ending we envisioned but we will all grow and be stronger because of it! The fight and resiliency that this team displayed was so impressive. Love these guys!

“Also, appreciate the thoughts and prayers — I’m feeling good today and will be just fine! Head injuries are a scary thing so I appreciate everybody’s thoughts and prayers. Hate not being out there to finish it out with my guys because of a play like that, but it’s the unfortunate part of this game. It’s all in God’s plan, not mine! Trusting in him.

“Philly, year 4 was one fun ride. Appreciate the love and support— especially the real ones who were with us through the highs and lows 👊🏻 Onward to next year… big things comin’, believe that! #flyeaglesfly“

Wentz went just 1-for-3 for four yards in his postseason debut, an unfortunate end to a season that saw him play all 16 regular season games and lead the Eagles on his own magical run to the postseason. Wentz finished completing 63.9% of his passes for 4,039 yards, 27 touchdowns and just seven interceptions. The first player to throw for 4,000 yards in a season in Eagles history has 81 touchdowns to just 21 interceptions over the past three years.

Wentz is going to be okay, but that still doesn’t take the sting away from just making a cameo appearance in his first taste of the postseason. Especially since season ending injuries forced him to watch the last two trips to the playoffs on the sidelines.

“Carson Wentz has put a ton into this season and to get to this moment, especially the things that he’s gone through,” Eagles backup quarterback Josh McCown said. “It’s a tough call. But he is sitting there not feeling right and obviously knew he needed to get checked.

“I think for the state of our game and the questions that come around those types of injuries, I think it’s a step forward, its progress because it’s the right thing. He was smart by getting checked and doing those things and making sure he was alright. So you go through that and then you turn the page and as bummed as I am for him, and then you have to go do your job and go try to move the team.”