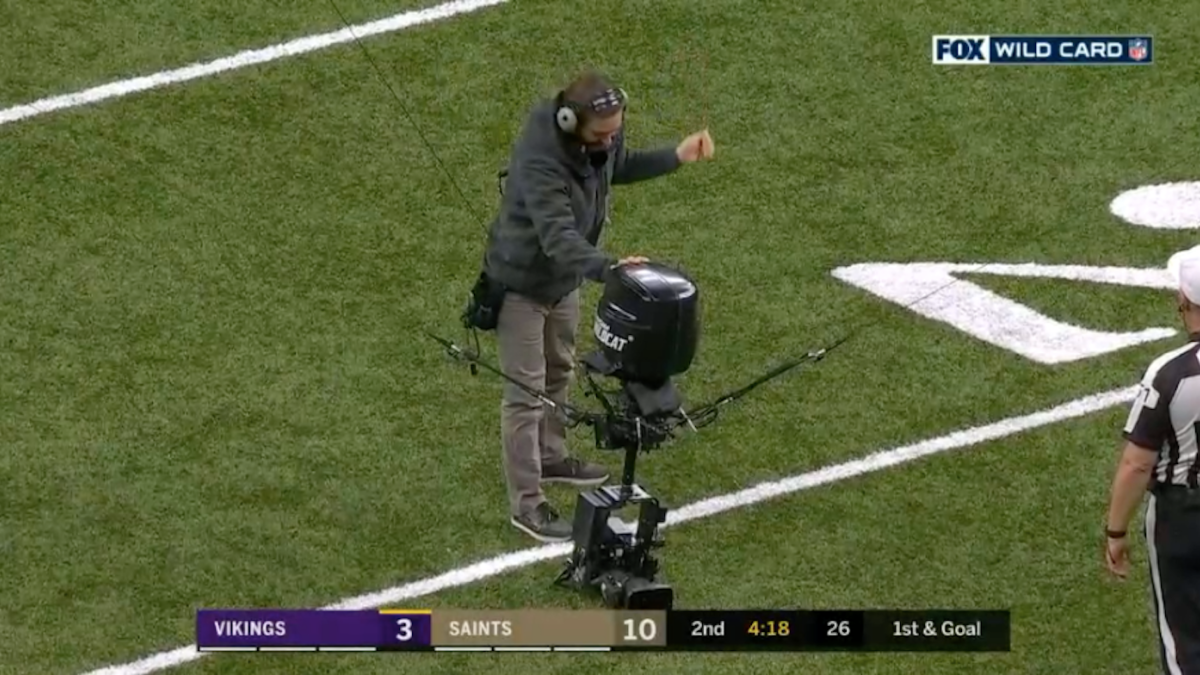 Whenever there’s a playoff game held at the Superdome, something weird almost always seems to happen, and this year, that weird thing was a SkyCam causing a delay of game after it fell to the field during the first half of the Vikings-Saints wild-card game on Sunday.

With just under five minutes left to play in the second quarter, the Vikings had the ball and were on the move. On a second-and-8 play from the Saints‘ 22-yard line, Kirk Cousins hit Dalvin Cook for a 19-yard gain. With the Saints defense on its heels, the Vikings were looking to quickly run their next play, but that didn’t happen because play was blown dead due to an accident with the SkyCam.

The camera that hangs over the field had somehow crashed down on the field, which forced to officiating crew to stop play in the game for nearly five minutes.

Although five minutes might not seem like a long break, it definitely killed the Vikings’ momentum. When play resumed, the Vikings had a first-and-goal at the Saints 3-yard line, but they were unable to punch the ball into the end zone, and they were eventually forced to settle for a short field goal from Dan Bailey.

As with all crazy things, there were plenty of reactions on Twitter to the SkyCam.

This SkyCam will just be added to the long list of weird things that has happened at the Superdome. Back in February 2013, the electricity went out during the third quarter of Super Bowl XLVII. Last year, we saw the Saints lose in a game where the officiating crew apparently forgot what pass interference was.

To see if anything else crazy happens in the Vikings-Saints game, make sure to click here and so you can follow the came in our live blog.