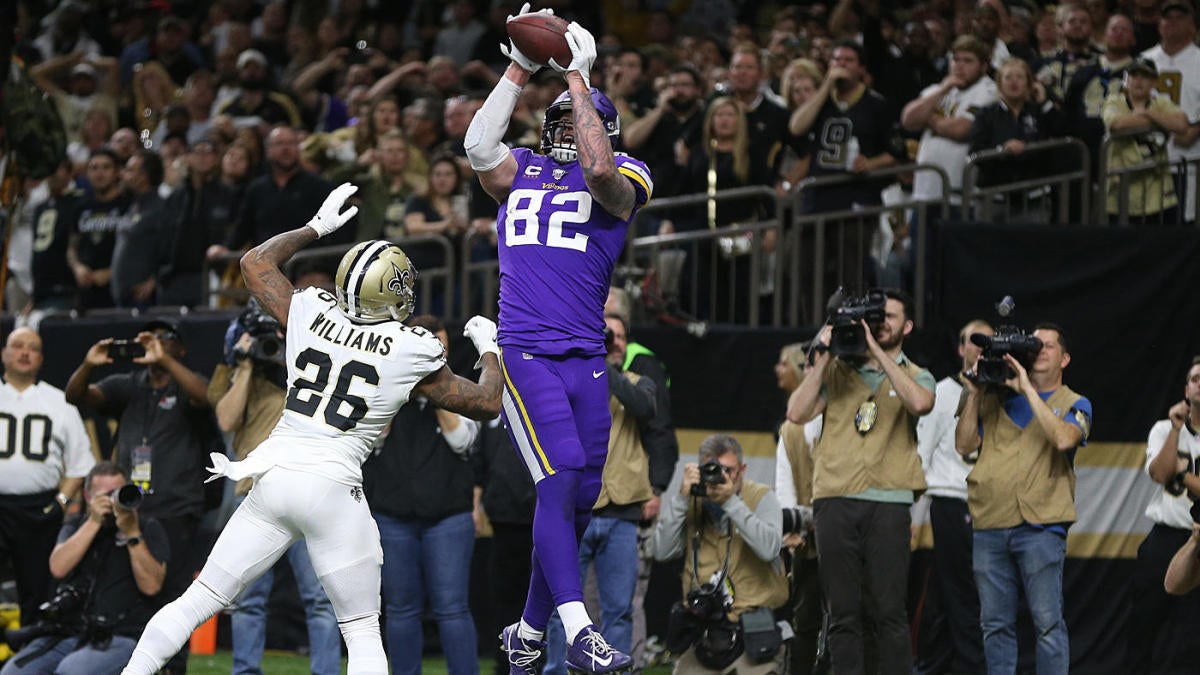 For the second year in a row, the New Orleans Saints were knocked out of the playoffs due to a controversial pass interference no-call, and although the team eventually received an apology from the NFL for what happened last season against the Rams, there will be no such apology this year, and that’s because the league believes the officiating crew got the call right on the final play of game in the Saints shocking 26-20 overtime loss to the Vikings.

On a third-and-goal play from the 4-yard line that came in overtime, Kirk Cousins threw a touchdown pass to Kyle Rudolph that sealed the win for the Vikings.

Here’s another angle of the play.

On the catch, Rudolph fully extended his hand to keep the defender at bay, which is supposed to be grounds for offensive pass interference, but no flag was thrown, and NFL’s vice president of officiating, Al Riveron has now explained why Rudolph wasn’t penalized.

During a postgame interview, Riveron said he didn’t see anything that would have warranted a penalty being called.

“We looked at all angles that Fox afforded us, and Fox gave us some great views,” Riveron said in the pool report. “There is contact by both players, but none of that contact rises to the level of a foul. This is consistent with what we’ve done all year long, we left the ruling on the field. We let it stand.”

“They gave us every angle that they had pertaining to the play, so, we’re very comfortable with what we saw,” Riveron said. “Nothing came through afterward that we had not seen prior to making the ruling.”

The problem for the NFL is that this is going to be another black eye for the league, and that’s because most experts don’t agree with Riveron’s assessment. Former NFL referee Terry McAulay, who served as the lead official in three different Super Bowls, tweeted after the game that it was an obvious interference play on Rudolph.

Former NFL referee John Parry also felt that interference should have been called.

Having two former referees challenge Riveron’s explanation of the situation definitely isn’t a good look for the league as it basically calls into question his credibility.

As for the Saints, after losing to the Rams on a no-call in the NFC title game last January, they’ll head into the offseason for the second straight year knowing that they got the short-end of the stick on a controversial call that probably should have gone their way.

For more details on the controversial play that ended the Saints season, be sure to click here.