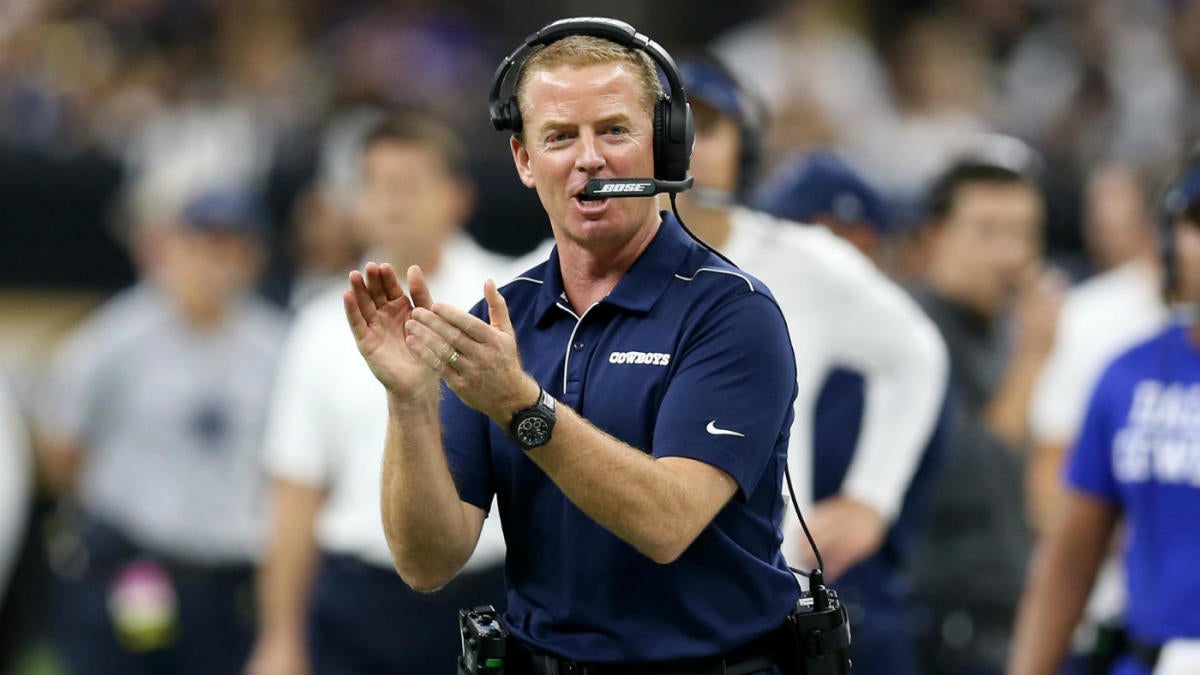 Jason Garrett is free to join another NFL team for the first time since 2007, when he joined the Dallas Cowboys as the offensive coordinator after a two-year stint as quarterbacks coach for the Miami Dolphins. From there, he’d land the interim head coaching tag after the dismissal of Wade Phillips in 2010, going on to lead a swift midseason turnaround that thrust him into the role full-time for the 2011 season and beyond.

Nearly a decade later, Garrett has amassed an impressive regular season record of 85-67 in his 9.5 seasons with the Cowboys, but only two wins in five playoff games won’t cut the mustard for an organization so perennially drenched in Super Bowl expectations. An all too familiar 8-8 finish on the season has the Cowboys out of the playoffs and into the fray of finding a successor for Garrett, as he himself now wades through the waters of free agency in search for a new job.

He made it clear following the Cowboys hollow 47-16 victory over Washington Redskins that he wants to continue coaching in the NFL, and there are several teams that would be a great fit for his skill set — as he enters 2020 as one of the more respected coaches in pro football by team executives around the league.

This one will top the list for Garrett, and there will be interest from both sides. For the Giants, it’ll be about having an opportunity to land a veteran NFL head coach that also happens to be fluent in the workings of the NFC East. That includes knowing and being able to share all of the minutia regarding the Cowboys — a team they’ve had difficulty beating in recent seasons. Garrett is regarded as a good talent evaluator who is no stranger to building a strong culture within the locker room, and the Giants have long lacked the latter. Other candidates will be in play here, obviously, such as Mike McCarthy, Matt Rhule (Baylor) and Josh McDaniels (Patriots), but Garrett will be a priority interview.

Speaking of a needed culture change, the Browns are as thirsty for one as a man trying to cross the Sahara with a bottle full of salt water. Top players on the roster like wide receiver Jarvis Landry cites “leadership” — or rather a lack of it — as the key issue within the locker room, and Freddie Kitchens’ inability to inject it in his first season as head coach is why it ultimately became his only season as head coach in Cleveland. Say what you will about Garrett, but he never once lost the Cowboys locker room in his tenure, not even when things were there most bleak. What the Browns need is a coach who can get 100 percent buy-in from the players, and Garrett is a shining example of at least that much. Like the others, the Browns are casting a wide net, and one that could and should involve Garrett.

The firing of Ron Rivera in December set the stage for the entire NFL head coaching search this offseason, and mainly because as the most highly-sought after free agent coach — wherever he lands will force other needy teams to move down the totem. With Rivera expected to join the Washington Redskins, it removes a Cowboys rival from the table in regards to Garrett, but the Panthers still need a guy. This coming season could be one that sees Rivera and Garrett swapping divisions, but this is another position others will be vying for as well. There’s a lot of promise in Charlotte, and even if they need to figure out their quarterback position, they could do much worse than bringing in another former NFL Head Coach of the Year.

Few things are more taxing than being tasked with leading an NFL team, but that stress is multiplied to an unfathomable degree when that team happens to the the Cowboys. As many have discovered and will one day find out, the pressure to lead the most watched and equally most vilified sports team in the world can wear on you, to say the very least. That’s if you’re simply coming into the organization with obvious expectations, but Garrett has the added stressor of having been groomed since his days with the Cowboys as a backup in the early 1990s as a potential head coach in Dallas, and being unable to perennially live up to that level of investment by Jerry Jones would make anyone need a breather — once set free.

Garrett definitely wants to coach again in the NFL, and is held in high regard by GMs around the league, but there’s a chance he takes a break to much needed decompress before jumping back into the fray. There will be new vacancies that need filling in 2021, and teams will come a’calling.