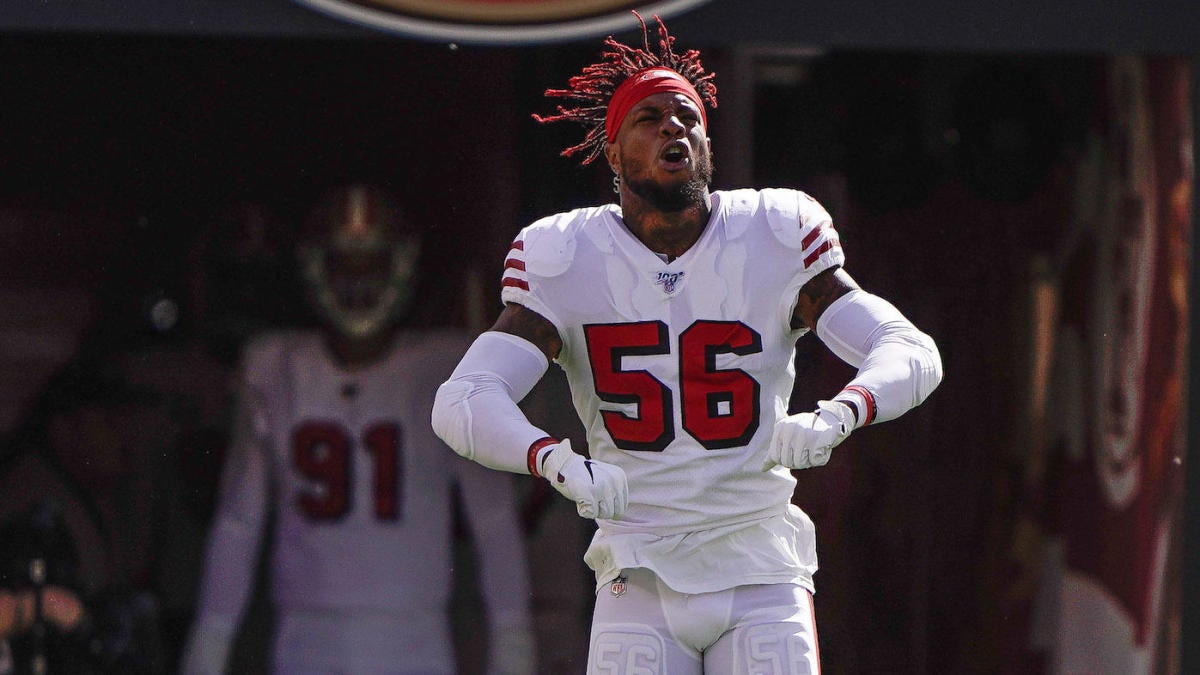 The 13-3 San Francisco 49ers earned the No. 1 seed in the NFC and a first-round bye, which may allow one of their best players to return from injury. According to ESPN’s Adam Schefter, linebacker Kwon Alexander has a “good chance” of returning for Saturday’s NFC divisional round playoff game.

Alexander, who signed a massive deal with the 49ers last offseason, tore his pectoral in the team’s Week 9 victory over the Arizona Cardinals on Halloween. He was an important part of the defense up to that point, and he recorded 34 combined tackles, four passes defensed, one interception and half a sack in eight games played. The 49ers did not foresee Alexander doing this well in his recovery, and believe that he could suit up for San Francisco’s first postseason game.

The Pro Bowl linebacker participated in the 49ers’ bye-week practice earlier this week, and the team opened his practice window to return from the injury. San Francisco is also expected to get back pass-rusher Dee Ford and safety Jaquiski Tartt next week.

Alexander isn’t the only star defenseman who made a miraculous recovery to return for the postseason. On Saturday, Houston Texans defensive lineman JJ Watt suited up against the Buffalo Bills after tearing his pectoral muscle in Week 8. He recorded one tackle and one sack in the 22-19 victory.

At this point, it’s unknown who the 49ers will face next week. As the one-seed, they will play the highest remaining seed — which means they will draw either the Minnesota Vikings, Seattle Seahawks or Philadelphia Eagles.