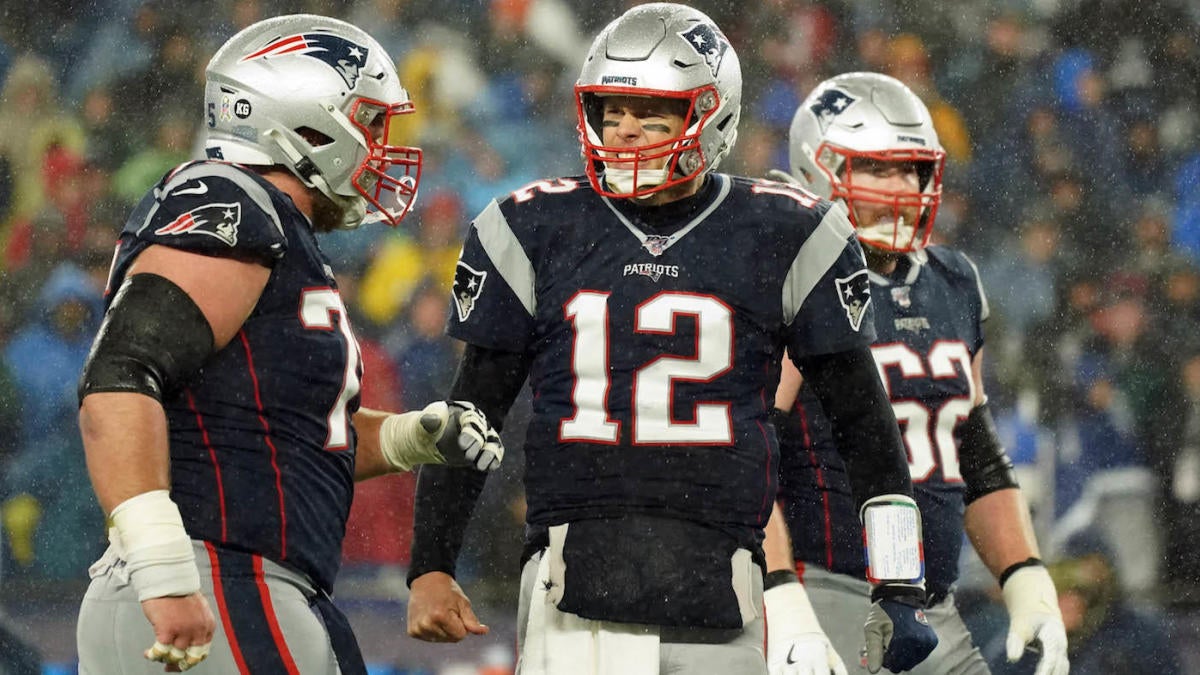 Playoff football in Foxborough looks like it will feature some wet January weather in New England, but the forecast has improved slightly over the past 24 hours.

As the Patriots are set to host the Tennessee Titans for their wild-card matchup Saturday night, it appears like both clubs will be battling the elements. As of Saturday at 10 a.m. ET, the forecast calls for occasional rain throughout the day, but the temperatures are expected to stay above freezing. The area might avoid the snow that had been predicted. The low during the game is expected to be 37 degrees.

Of course, the Patriots are accustomed to playing in all sorts of conditions and the Titans aren’t too shabby in those situations as well. In fact, the weather could play into Tennessee’s hands. If the weather does come as expected, that could force both clubs to work more in the ground game and simply pick their spots when they elect to drop back to pass. Arguably no other running back remaining in the playoffs is more suited for an environment like this than Tennessee star Derrick Henry — which is fitting thanks to the storm that is set to head into the New England area is named Winter Storm Henry. Go figure.

The back (not the storm) is coming into Saturday night after rushing for 211 yards on 6.59 yards per carry against the Houston Texans in Week 17. The 2019 NFL rushing champion has been a stud for the Titans, but he has particularly come on strong late. Over his past seven games, Henry has rushed for 959 yards on 6.3 yards per carry and 11 touchdowns. His success against a Patriots defense that has struggled against the run at times during the regular season will be vital in a potential upset against New England.

As the Titans look to possibly lean on Henry in this game, that should take some of the pressure off quarterback Ryan Tannehill, who is 0-6 against the Patriots in Foxborough in his career. That said, those matchups came when he was a member of the Miami Dolphins. With Tennessee, Tannehill has seemingly unlocked some of his untapped potential. With Tannehill under center over the past 10 games, the Titans went 7-3, averaged 30.4 points a game, averaged 245.6 passing yards and have 39 total touchdowns with just five interceptions.

With the Patriots, they are naturally going to feel more comfortable in this potential wintry setting. While they don’t have a running back at the same caliber as Henry, the rushing attack has been one of the lone bright spots for New England’s offense over the course of this season. Linebacker/fullback Elandon Roberts has helped the running game immensely whether it’s Sony Michel or Rex Burkhead following him up the gut. In their surprising loss to Miami in Week 17 that saw them fall into this wild-card game rather than earning a first-round bye, New England actually ran the ball extremely well, totaling 135 yards on the ground on 5.0 yards a carry. The fact that they didn’t double down with that success was one of the many puzzling aspects of that game.

As it relates to Tom Brady, if the winds are making it difficult to get the ball down the field, he’ll likely work more with the short passing game. Throwing darts to Julian Edelman over the middle and James White in the flat is his bread-and-butter anyway, so the six-time Super Bowl champion likely won’t be impacted much in that regard. Also, look for first-round receiver N’Keal Harry to see some opportunities as a runner as the team has shown an affinity to rush him on some jet sweeps.

What should also be taken into account if the weather in Foxborough is truly nasty is the fact that it could seriously limit the scoring opportunities. SportsLine has the over/under currently at 44.5 going into the weekend after opening at 43.5.