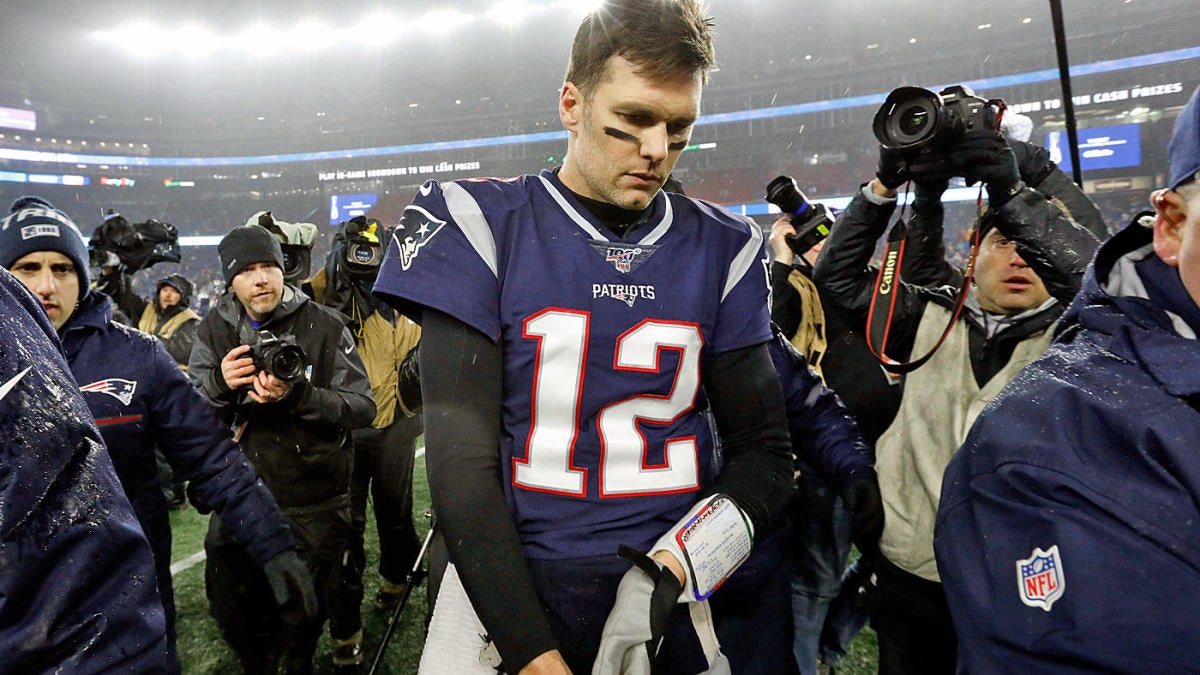 It’s the question that will loom large over the New England Patriots this offseason, but it’ll be that much more pronounced considering how the season ended. After failing to secure a first-round bye in Week 17 due to a loss to the rival Miami Dolphins, the Patriots loss to another former staffer in Mike Vrabel, who led the Tennessee Titans into Gillette Stadium on Wild-Card Weekend and delivered a 20-13 upset over Bill Belichick and Tom Brady.

The future of both are now in doubt, but more so the latter, considering Brady’s contract situation. He signed a two-year, $70 million contract extension in the offseason to help with the Patriots cap situation, but it includes a clause that voids it this offseason and prevents the club from utilizing the franchise tag on him. So, essentially, the 42-year-old is set to hit the free agent market for the first time in his 20-year career, which sets the stage for an interesting next several months, and especially considering he’s made it clear he hopes to play until he’s 45.

When asked directly if his longtime quarterback and future first-ballot Hall of Famer will return to the Patriots in 2020, Belichick wasn’t in the mood to address it on Saturday — instead circling back to the loss to the Titans on his home field.

Brady was a bit more forthcoming, however, noting it’s “unlikely” he’ll retire this offseason. That said, he didn’t exactly commit to suiting up again for his beloved Patriots either, leaving the door wide open for the possibility he plays elsewhere in 2020.

The fact it sounded like he was saying goodbye — without actually saying it — will only fuel such speculation.

“I appreciate everything [the fans] have contributed — not just this year, but over the course of a lot of years,” Brady said. “Just grateful for the experience of playing this year for this team and this organization, and over the course of my career, too. I appreciate it. I hope I’ve always tried to do the right thing out there. Who knows what the future holds?

For Brady, this is a decision that will require a lot of thought.

“I don’t know what it looks like moving forward,” he said. “But we’ll just take it day by day.”

A decision from Brady and/or the Patriots may arrive sooner than many think, with the team being thrust prematurely into the early planning stages of the 2020 NFL Draft. It’s been reported Belichick didn’t want to part ways with Jimmy Garoppolo prior to a trade deal being struck with San Francisco in 2017, and locating another worthy successor to Brady won’t be an easy task. A six-time Super Bowl winner who was plucked in the sixth round back ahead of the 2000 season, not only has Brady set a platinum standard for what a quarterback can be, the 14-time Pro Bowler and three-time league MVP is also arguably the best to every play the position in the history of the sport.

That said, the Patriots know he can’t play forever, and Brady knows that reality is circling the minds of Belichick and owner Robert Kraft. It remains entirely possible the three remain married at least one more year, in the hopes of landing a seventh title together, but it doesn’t appear anyone is ready to jump that broom just yet.

The verdict is out on if Brady will be back, or Belichick — for that matter — as the world ponders if the Titans might’ve just killed a dynasty.