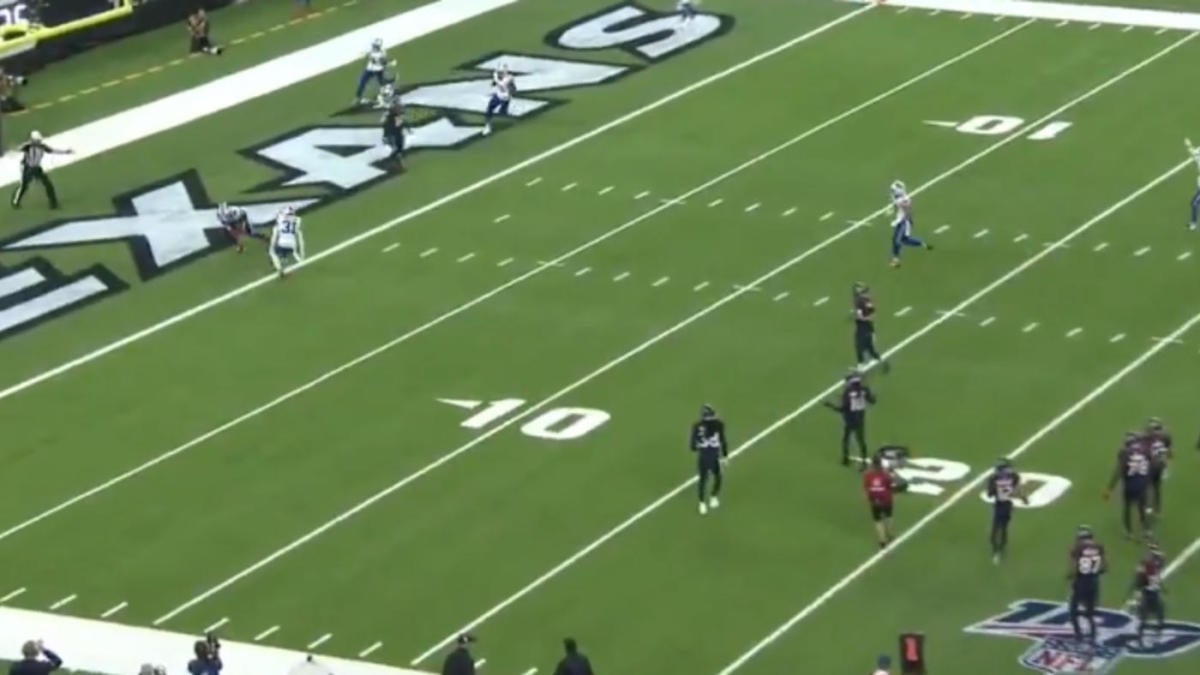 If you thought the Buffalo Bills leading the Houston Texans by double digits at halftime in the first playoff game of 2020 was bizarre, things got a lot weirder when the second half kicked off.

Up 13-0, the Bills took the field to kick off to the Texans to open up the second half. Kick returner DeAndre Carter waved off his blockers — letting them know he wasn’t going to return the kick — caught the ball and then nonchalantly tossed the ball to the official. The referee surprisingly treated it as a live ball and stepped away, which allowed the Bills to recover the fumble in the end zone for a touchdown.

Check out what happened here:

Usually, returners will call for a fair catch or take a knee in the end zone after they catch the ball, but Carter did neither. The officials quickly came together to discuss the original call, and moments later, head referee Tony Corrente announced that the ruling would be overturned.

“After discussion, it has been determined that the runner gave himself up,” Corrente said. “Therefore, it is a touchback.”

The refs came to a “common sense ruling,” as it was clear that Carter did not want to return the kick. While by rule it should be regarded as a fumble and touchdown, he is not the first kick returner this season to fail to either kneel or call for a fair catch on a kickoff.

It could have been the nail in the coffin for the struggling Texans, but the officials decided to change their ruling. This issue will surely be brought up in the offseason, as the NFL will need to clarify what a player needs to do to end a return before it starts, and what “giving yourself up” means.