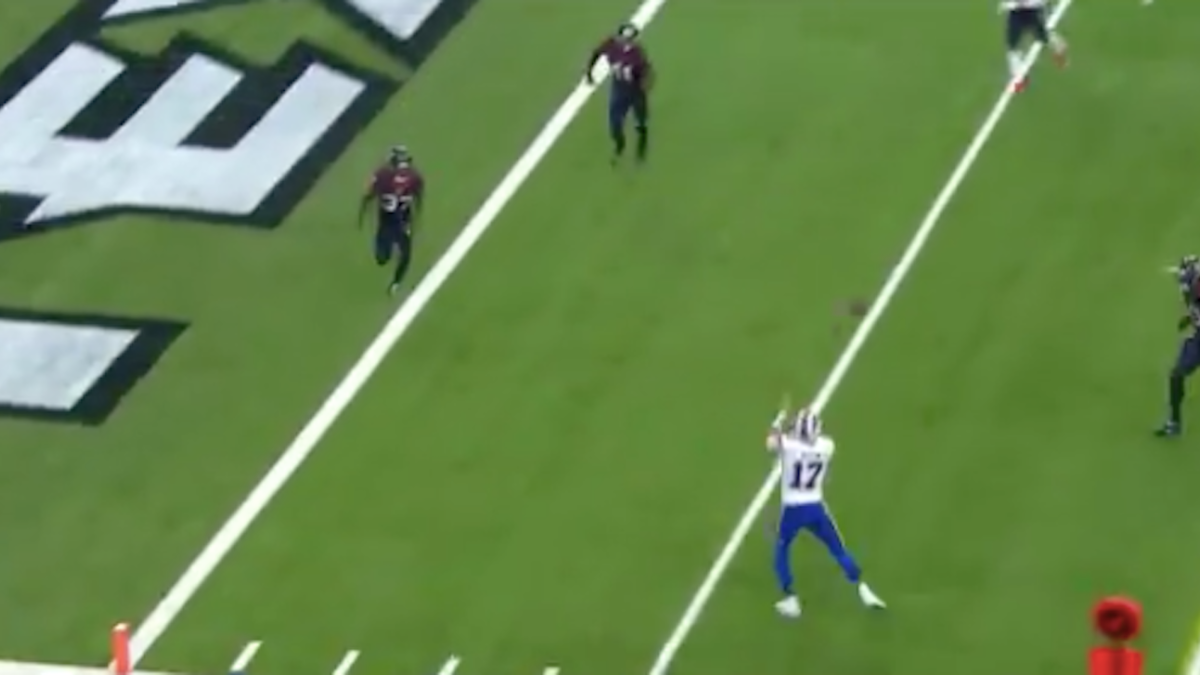 The Bills are going for their first playoff win since 1995 and they absolutely came out swinging against the Texans on Saturday. On their first possession in Houston, the Bills threw the kitchen sink at the Texans with a trick play that went for a touchdown.

The Bills got the ball first and they were able to quickly move into Texans territory thanks in large part to a 42-yard run by Josh Allen. Although it was a big play by the Bills quarterback, it wasn’t even his biggest play of the drive, and that’s because he caught a touchdown pass just two plays later.

On second-and-6 from the Texans’ 16-yard line, Allen took a shotgun snap and immediately pitched the ball to John Brown, and that’s when this happened:

In what might go down as the ugliest touchdown pass in playoff history, Brown threw an absolute duck that somehow made its way into Allen’s hands. After catching the pass at the 5-yard line, Allen scampered into the end zone to give the Bills and early 7-0 lead.

The fact that Allen caught a touchdown pass is definitely notable and that’s because quarterbacks almost never get to be on the receiving end of a TD in the postseason. Allen’s score marked just the fifth time that a quarterback has caught a touchdown since the AFL-NFL merger in 1970. The craziest part is that four of the five touchdowns have come over the past three seasons.

Here’s a list of quarterbacks who have caught a touchdown in the postseason (via CBS Sports HQ).

The Bills were leading the Texans at the end of the first quarter. To keep tabs on the game, make sure to head to our live blog by clicking here.